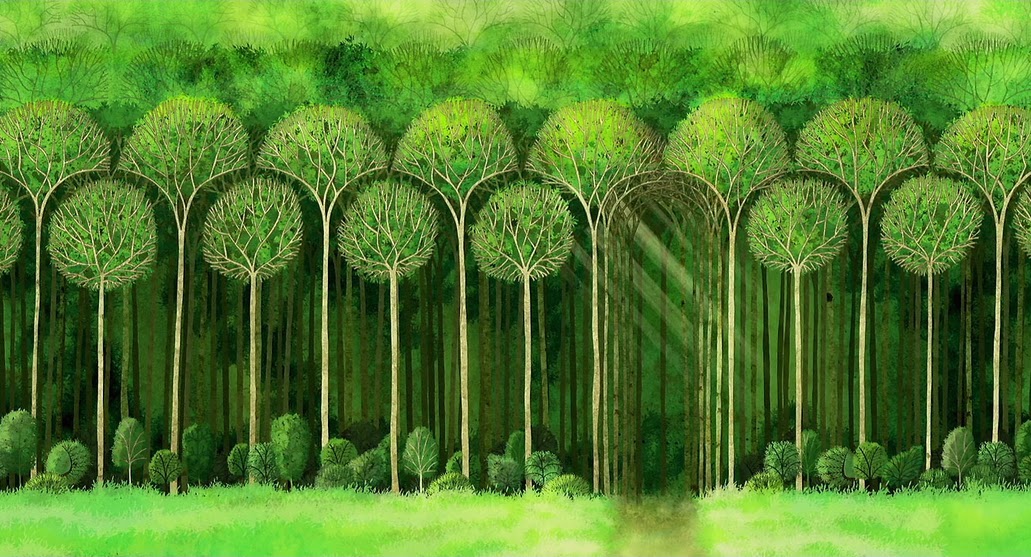 A Son Seeks to Avenge His Father’s Death

A Parable of 8th Century Ireland

Islands in the Sea

(originally appeared in the journal Stonecutter)

In Ireland in the 8th century, there was a man of war named Ailill of the Edge of Battle, from the tribe of the Eoganacht of Ninuss. He went with his king on a raid to another district. They camped near a convent. At midnight, when the camp was asleep, Ailill went to the convent. He saw a young nun come out to strike the bell for nocturne. He grabbed her by the hand.

The men ravaged and took hostages and returned to Ninuss. Soon after, marauders from Leix trapped Ailill in the church of Dubcluain and burned it down. The nun gave birth to a son, whom she named Mael Duin, and gave him secretly to the queen of her tribe.

Mael Duin thought he was the son of the king and queen and that his three foster brothers were his brothers. He came to know his true origins, and went with his brothers to Ninuss, where he was welcomed. Standing in the charred ruins of the church of Dubcluain, he learned how his father had been killed by the marauders from Leix. He swore to take revenge. He was told that the only way to Leix was by sea.

Mael Duin built his three-skin boat and gathered his seventeen men. On the appointed day, they set sail. But his three brothers insisted they must go, and swam far out following the boat.

Fearing they would drown, Mael Duin took them on board.

That night they came to two small and bare islands with forts on them. Inside they could hear the drunken soldiers. One of them was loudly bragging how he had slain Ailill of the Edge of Battle and no kinsman had come to avenge the death. Mael Duin and the men prepared to attack.

A great wind suddenly arose and they were driven out to sea, with no sight of land. Mael Duin blamed his brothers for disobeying the word of the druid, and the brothers were silent. Mael Duin declared that no one should row, that the boat should drift wherever God wanted it to go.

Three days and nights they drifted, and then heard the sound of waves breaking on a shore. As they were about to land, a swarm of ants, each the size of a colt, came down the beach toward them, and swam out after them as the men furiously rowed away.

They rowed and came to an island that was all terraced, with trees growing on every level, and countless birds in the trees. No one was there. They caught, and cooked, and ravenously ate the birds.

They came to a large and flat island, and found an enormous mowed lawn with the hoof-prints of horses on it. Each hoof-print was the length of a ship’s mast. Scattered on the green were the shells of huge nuts and piles of plunder. The men fled, and when they were out to sea again, they heard the sound of a horse race and the roar of a vast crowd cheering.

A week of rowing, in hunger and thirst. They came to an island with a great house facing the sea. Inside they found a canopied bed for the head of the house, and a bed for every three members of the household. Food was piled before every bed, and a glass vessel with a liquor, and glass cups beside every vessel. No one was there. They ate and drank and slept.

They came to an island that seemed delightful, with many animals like horses. But the animals were tearing pieces out of each other’s sides with their teeth, and carrying off the skin and flesh. Blood streamed from their sides; the ground was covered with it. The men fled hastily and grew sad, wondering where they were going in the world.

Hungry and thirsty, sad and sighing, without hope, they came to an island with many trees of golden apples. From sunset to dawn, short red animals like pigs would come out from underground caverns and kick the trees with their hind limbs to make the apples fall. The men landed and found the apples delicious, but the ground was so hot they could not linger on that land.

Long after their store of apples had run out, they came to an island with a great fort of burnt lime, surrounded by white houses, dazzling in the sun. They saw no one, only a small cat, playing on four stone pillars, leaping from one to another. There was a roasted ox and vessels of good liquor, white quilts and shining garments. Pinned to a wall were a row of silver and gold brooches and a row of silver and gold necklaces and a row of swords with hilts of silver and gold. They ate and drank and slept, and the cat played on the pillars. When they decided to move on, Mael Duin’s third brother asked if he could take one of the necklaces. Mael Duin said no, for this house has a guard. The brother ignored him and took the treasure. The cat followed him and then leapt like a fiery arrow and burnt him to ashes. Mael Duin soothed the cat with his words, put the necklace back in its place, swept up the ashes and cast them into the sea.

They came to an island with countless pigs. They caught a small one, but despite its size they could not lift it, so they roasted it on the spot. On that island was a wide river. One of the men dipped his sword in, and the sword instantly dissolved.

They came to an island with crowds of people dressed in black and weeping. Mael Duin’s second brother drew the lot to scout ahead. He went ashore and fell to weeping with the rest and would not return.

They came to an island with four walls: a wall of gold, a wall of silver, a wall of brass, and a wall of crystal. Kings occupied one quarter, queens another, warriors the third and maidens the fourth. When they landed, a maiden came to greet them and brought them a food like cheese and an intoxicating liquor. The men slept for three days and three nights, and when they awoke they were on their boat again, far out to sea.

They came to an island with a great fortress, entered by a bridge of glass. The men fell backward trying to cross it. A maiden appeared, with golden hair and a gold circlet around her head, sandals of pure silver and a silken smock next to her white skin. She welcomed each of the men by name and said their arrival had long been foreseen. She brought them into the castle, where there was a bed for Mael Duin and a bed for every three of the men. She fed them a food like cheese and an intoxicating liquor. The men asked if she would sleep with Mael Duin, but she refused, and the next morning when they awoke they were on their boat again, far out to sea.

At sea they heard a strange chanting coming across the waters, and rowed toward the sound for a night and a day until they came to an island with a high mountain, full of black birds that were never silent. They found a man there whose clothing was the hair that fell to his ankles, who told them that he was a man of Ireland who had been lost at sea, that angels came to feed him every day, and that the birds were the souls of his children and his kinsmen, who were waiting for the end of time.

The sea became like green glass and they could see clearly the rocks and sand at the bottom of it, and the fish swimming by. Then they saw, beneath the sea, a beautiful village with houses and grazing flocks of cattle. A hideous beast appeared, stretched out its long neck to snatch the largest ox in the herd, and devoured it in a flash. They saw the villagers flee in terror, and they rowed on.

They came to an island with a stream that rose from the shore and crossed over the whole island like a rainbow. They could walk under it without getting wet. Salmon were falling out of the stream, trying to swim across, and the island stank of rotting fish.

They came upon a great column rising out of the sea, with no land around it. From the top of the column, somewhere in the clouds, they could hear a man speaking in a language they did not understand.

They came to an island that was a great plain, with a crowd of people who never stopped laughing. Mael Duin’s third brother went to join them, and began to laugh as though he had always lived there, and would not return to the boat.

There was a small island with a wall of fire revolving around it and an open doorway in the wall. Whenever the doorway passed by them, they could see the inhabitants within: handsome men and women with adorned clothes, feasting with gold vessels in their hands. They could hear delightful songs, but the wall of fire was spinning too quickly for them to enter.

They came to an island with abundant cattle, but no houses on it, and ate for days. A falcon landed on the island, and Mael Duin saw that it was like the falcons of Ireland. They watched as the bird flew off to the southeast, and they rowed after it.

In Ireland, gone for so many years and long presumed dead, they were welcomed in astonishment. Mael Duin returned to his kinsmen in Ninuss, though he had never avenged his father’s death.

Eliot Weinberger is an essayist, political commentator, translator, and editor. His books of avant-gardist literary essays include Karmic Traces, An Elemental Thing and Oranges & Peanuts for Sale. The author of a study of Chinese poetry translation, 19 Ways of Looking at Wang Wei, he is the translator of the poetry of Bei Dao, and the editor of The New Directions Anthology of Classical Chinese Poetry and the Calligrams series published by NYRB Classics.

On the Ethics of Writing About Your Children 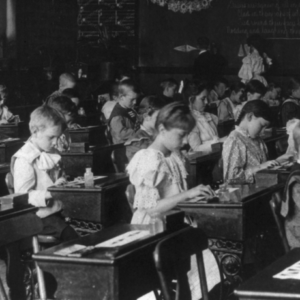 Kia Wilson on how being a bookseller made her a better writer. | Literary Hub How individualism conquered American...
© LitHub
Back to top