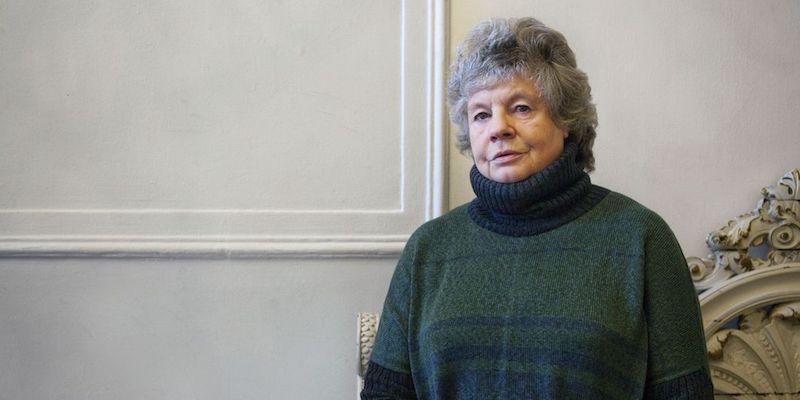 At 80, the Iconic Writer Reflects on Brexit, Mortality, and the Literary Life

This interview originally appeared in Dutch, in Trouw, Dec. 3, 2016.

The setting for my talk with the writer A.S. Byatt is one she could have described to perfection. Outside, on an Amsterdam canal, old houses regard their reflection in dark water. Inside, discreet light shines on paintings and artworks and candles illuminate the bookshelves that line the hotel bar. Dame Antonia has asked me to meet her here at six, but when I arrive she already has a visitor: the Dutch writer Cees Nooteboom, who has stopped by to bring his old friend a new selection of his work in French. He orders whiskey, she a glass of champagne. Then these two white-haired, keen-eyed literary eminences retire to a side room to talk while I chat in the bar with Peter Duffy, Byatt’s genial, bearded husband. It’s a quiet moment, but in the light of current affairs it feels poignant, a scene from a fading dream of cultural exchange.

At the time of our conversation, Byatt was getting set to formally accept the Erasmus Prize, the Netherlands’ most important international prize for art and culture. It is a fitting honor for a writer who draws on an immense knowledge of European languages and literature, science and the visual arts. Yet the award also recognizes a well-loved and popular literary figure, a born storyteller whose fiction is as compelling as it is erudite. Possession (1990), her Booker Prize-winning tale of two contemporary academics on the trail of a Victorian love affair, is a desert island book for the intellectual reader. The Children’s Book (2009) is a richly detailed and disquieting novel about writers and artists at the turn of the 20th century. Her latest book, Peacock and Vine, is a biographical essay on the English designer William Morris and the couturier Mariano Fortuny. She may write from an ivory tower, but Byatt keeps the building open to the public and gives memorable guided tours.

For Byatt reading, writing, and thinking are more than just sources of pleasure. A child of postwar austerity, she embraced literature and history as ways out, first from an unhappy childhood, then from the domestic side of marriage, then from personal tragedy. Her erudition also seems to protect her inner life. When I interviewed her in this same hotel five years ago, she talked about ideas more than herself and spoke with relish about the book she had begun researching, a historical novel based on the lives of the French surrealist poets of the 1920s.

For now that novel has been set aside. Byatt was hospitalized last summer, in a coma, after a fall in her house in London, and hasn’t yet fully recovered. She walks with difficulty and is visibly in pain. I was warned by her Dutch publisher that she was “frail,” but as we talk that’s not the word that comes to mind. There’s nothing insubstantial about her. Her sturdy build undiminished, she sits solidly as ever on the couch, and her brown eyes burn bright with interest and concern. Instead she seems to me vulnerable, unguarded. With less energy to turn her fierce intellect outward, she is gentle, cautious, and open as we move from current affairs to her personal life, and then to the prospect of mortality.

I’m not sure I should ask about the Brexit; maybe you don’t want–

“No, do please ask about the Brexit. I know a lot of people who sat and wept when Brexit happened. And since I’ve come here, in fact—because now I’m in Europe—I’ve realized that people like me, who need to feel we’re European, are going to be even more active as Europeans. We don’t want to be part of “little Brexit.” I don’t like “little England.” I write novels because I discovered the European novel. Discovering Proust, and for that matter Dostoyevsky, transfigured me as a writer. When we joined Europe, I felt, this is the world I always wanted to live in. And now I live in a country which voted not to live in Europe.

My husband is an economist, and he is quite happy that we have left Europe, although he speaks various European languages and he comes here, as I do, as soon as he can. He thinks the Community’s economic policy is very bad for Britain. So there are many kinds of British. But I really hate the kind of British that want to put up the barriers.”

“Exactly. What my husband says is that there are groups, particularly the lower paid, in Britain, who really don’t benefit. When he says that, I realize I had a rather idealistic view of Europe, and that maybe it wasn’t doing the kind of good it said it was. I don’t know. I ought to know.”

She says this last regretfully: in recent months she hasn’t been following the news. But she will find out, she says firmly. “I will get better. And I will go back to writing my novel, and I will receive this prize with great joy. It was just the right moment, not the wrong moment, to receive a European prize. I thought at first, this is terrible. Just as I receive the prize—which isn’t even narrowly restricted to the novel, which is for thinking—we go out of Europe. But it’s okay. We just need to talk to each other more.”

As well as European she also feels deeply English, the child of postwar austerity and an industrial Yorkshire that no longer exists, “a kind of local world which didn’t have any real idea of anything beyond itself.” Her childhood was a sheltered but not a contented one. She and her sister, the novelist Margaret Drabble, have both written about their tense, competitive family and their angry, frustrated mother, who studied at Cambridge but thought she had to stay home for her children’s sake. “She wanted to do what we all went on to do, all her children,” Byatt says now. “She wanted to read and write and think and make things. But she hadn’t got”—she searches for words—“both the confidence and the narrowness. If you want to write books, there’s a lot you don’t think about.”

Determined “not to get trapped,” Byatt went to Cambridge, but abandoned her doctoral thesis when her advisor said she could not be an academic and raise a family at the same time. “I have to say, my babies were accidents. At least the first baby was a total accident,” she comments, and the birth of her daughter seemed likely to end her writing career before it started. “I called her Antonia because I thought, ‘She’d better have the name, because now I won’t write a book.’ I was very young. And then after a bit I just went back to writing a book, because that’s what I do.”

She had two children with her first husband, then divorced, remarried, and had two more. She published two novels in the 1960s. Then in 1972 her 11-year-old son, Charles, was hit and killed on the sidewalk by a drunk driver. She didn’t write for several years afterward. She told one interviewer that she never recovered from her grief and only began writing again when she said to herself: “Well, you can do two things. You can kill yourself or you can get interested in absolutely everything.”

She gradually found her footing as a novelist, and her interest in absolutely everything is reflected in her great literary successes, including The Children’s Book, which deals partly with her love of design and beauty. Books and objects, more than places, she says, are what give her her sense of identity.

You come from the North, you live in London, you have a house in France, you feel part of Europe. What is home to you?

“I increasingly feel at home with my husband. We’ve been married a long time now, but I don’t think I felt at home with him at first. I felt I loved him and I wanted to be in a house where he was, and wanted to talk to him about books and ideas. But now I just like him being there.

Are writing and collecting connected, for you?

It’s been terrible since I was in hospital, because when I came out of the hospital everybody had moved everything. And I can’t find the things that I thought were my home.

When you said that, I thought about England and Europe. I am a European. And my home is in a house in England, but it’s precisely my home because it’s full of books in many languages, on shelves which are my home.”

Talking about childhood, and collecting, and her time in the hospital reminds her of her age: she is now “old enough to be dead,” she points out. “If you get to be over 80, you could be dead any minute. I am very surprised that other people who are over 80 don’t think more about how they could be dead at any minute. It was nice talking to Cees because he does.”

How does that feel?

“It makes you feel very remote. You think, ‘Why am I bothering about these very local things? Why does it matter if the taps don’t work, or if somebody has moved all my books about something to another place, or lost my suitcase?’

And then—which is quite nice—I do think about images of the universe on the television. I think about the earth whizzing round in the atmosphere, and I quite like the feeling that I then have that I don’t really exist.

In the newspaper you see about people dying in enormous numbers in the Middle East who haven’t lived. And I worry about them. Or I don’t worry, I grieve, for remote people dying before they’ve lived.

Do you feel you’ve written enough?

“No. I’ve got this great big book, and I’ve done a lot of research, which I shall have to recover because I keep forgetting it, and it’s not good for it, being in hospital unconscious. [laughing] It really isn’t. So I shall go on writing it as though I shall live long enough to write it well enough for me to finish it. And if I don’t, I won’t know. There is that.”

The publicist is knocking at the door, warning me not to tire Byatt out. But our talk turns again, briefly, to motherhood, and Byatt’s own mother and the difference in their lives. She concludes: “I think most of my life I’ve felt very lucky, because I expected not to be able to write books, and I never really wanted to do anything else.”

Expected not to because of your children?

“Because of life. I thought I was likely to be nobody. I was a very narrowly successful child. I was good at exams. That was it. I wasn’t good at sport or making friends. I went to university, and after that chances were I would still end up like my mother, in a kitchen. And I did end up in a kitchen. But that was okay, because it wasn’t the end.”

Julie Phillips is a book critic, essayist, and author of James Tiptree, Jr.: The Double Life of Alice B. Sheldon, winner of the National Book Critics Circle Award for biography.

10 Great Novels on Freedom of Expression That Aren't 1984 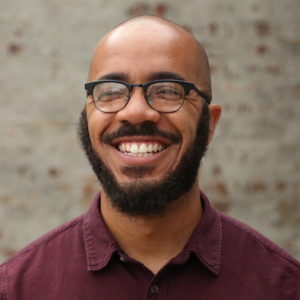 For the first installment in a monthly series of interviews with contemporary poets, Peter Mishler corresponded with poet...
© LitHub
Back to top