A Reading Series of One’s Own

Words on the Verge: Why I Chose to Program a Season of Women-Only Readers

Words on the Verge had a serendipitous start. It all began with a visit in July 2012 to A Different Path Gallery, located just a few blocks from my house in Brockport, New York. The space was stunning and filled with light and paintings by local artists. A new friend, artist John Kosboth, was unfurling his latest work: a series of designs based on a poem I had written. The gallery owner, Katherine Weston, popped in to see what we were up to and admired John’s art and my poem. She mentioned that a reading series used to be held in her gallery. Unfortunately, the curator had moved away and there hadn’t been a reading in several months.

John recommended me as the new curator, and Kathy thought it was a great idea. I was surprised by the suggestion, but then found myself wholeheartedly agreeing. By September 2012, the events were up and running.

Words on the Verge has now hosted over 30 writers from Brockport, Rochester, Buffalo, and other surrounding cities and towns in Western New York, but in the beginning I struggled to find writers willing to take the mic at such a small venue. I first reached out to three English professors at the College of Brockport, but they politely declined my invitation to read.

I became more involved with the Rochester literary community when I started writing a column about the literary arts in the local paper. At that point I began to meet more writers willing to come out to Brockport (we’re about 25 minutes west of Rochester) and read to a small-town audience. Attendance grew as word spread about the unique style of Words on the Verge.

The readings feature one or two readers—a mix of emerging and established writers—who read their work and then participate in a lively question and answer session with the audience. I host at least one special open mic a year, but to keep our regular events focused on the featured authors, I don’t open up the floor to other writers after the readings. The Words on the Verge season follows the academic calendar of September through May, and each event usually takes place on the last Saturday of the month.

As a light-skinned Chicanx writer, I am in a position of privilege in my small town, and I strive to lift up fellow writers and foster the local literary arts community. Words on the Verge provides a place for emerging Rochester-area writers to share their work in a safe, supportive environment, and published authors can sell their books and share news of upcoming events. We also aim to bridge the distance between writers and readers by bringing them together at friendly events open to everyone. The events encourage artist/audience dialogue during the unique question and answer portion of the evening, when audience members can ask the writers about their work, solicit craft advice, or learn about an author’s background. This allows everyone in attendance to feel a part of a welcoming community.

Katherine Weston has supported the series from the start. She donates the use of her space at A Different Path Gallery and advertises readings in the studio and on her website. Words on the Verge also enjoys a positive relationship with our local bookstore Lift Bridge Book Shop and several Brockport businesses, and the series is now recognized and appreciated by writers, literary centers, and other reading series in Rochester.

At one time a fellow writer helped me with promotion, but today I curate and market Words on the Verge on my own. I create flyers, pamphlets, social media posts, and an e-newsletter. I also seek out and interview potential readers.

“Words on the Verge provides a place for emerging Rochester-area writers to share their work in a safe, supportive environment.”

The series has grown and evolved over the years. The 2016-2017 season featured only women of color. Trump’s presidency and antagonistic policy towards the arts and disenfranchised groups made this move feel extremely important, as did the influential Black Lives Matter movement. It was, sadly, a move that raised the hackles of a few local writers who have since disassociated themselves from the series. White cis women claimed that spotlighting writers of color took opportunities away from them and other white writers. Cries of “reverse racism” were bandied about regarding my decision. But despite this unfortunate response, the audience grew, and the 2016-2017 season was one of the most successful and well-attended to date.

We depend solely on donated funds, and by last fall I had saved enough donation money to pay each reader a $50 honorarium. I also opened the stage up again to men. But beginning in the fall of 2018, the series will only feature women, and because of the Words on the Verge focus on community, I will ask that all readers attend at least one reading as an audience member before I book them.

I decided to make these important changes for the 2018-2019 season because of the harassment I experienced from two male writers. In 2017, one writer sent me numerous messages demanding information about the readings and asking random (non-literary) questions over and over again. He also harassed several acquaintances on a Facebook thread about the Women’s March and even referenced the Kent State University shooting in an odd, scary comment. I know several local female writers who genuinely fear this man. The experience made me feel that any male I allowed on the stage at Words on the Verge needed to be thoroughly vetted and interviewed.

When another male writer I’d never met asked to read, I requested that he attend a reading before I booked him. He then publicly berated Words on the Verge on Facebook by sharing our private email exchange in a public post. After a long, drawn-out thread where I had to defend the integrity of Words on the Verge, I became so upset and shaken that I deleted my Facebook account until I once again felt safe in that space.

This public harassment almost pushed me to the point of closing down the reading series altogether. The #MeToo movement and the support of other local female writers who had experienced harassment at the hands of these same two men made me realize that local women, non-binary, and trans writers need a safe, welcoming space to read their work to a supportive audience.

Words on the Verge will be that safe space.

Christine Green is a freelance writer, teaching artist, and speaker in Brockport, NY. She writes a literary arts column for Rochester's 585 Magazine and hosts the monthly reading series Words on the Verge. She lives in Brockport with her spouse and two teen children, who she ropes into assisting at every Words on the Verge event. She is a 2016 Pink Door Writing Retreat Fellow. 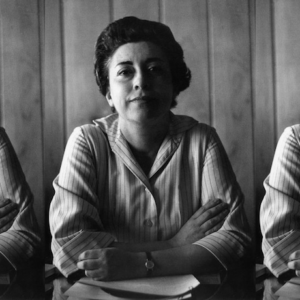 R.O. Kwon courts internet controversy with the following take: what if we shelved our books spine in. |Lit Hub ...
© LitHub
Back to top