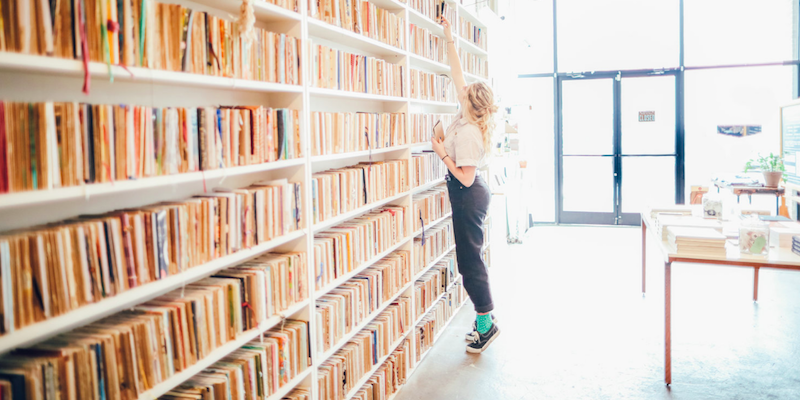 Here’s a story out of Fulton County, Pennsylvania; I’d call it “feel-good”, but really, it’s about the public picking up governmental officials’ slack. Two of three Fulton County commissioners refused to approve an additional $3,000 in funding for their public library, which according to the Washington Post has received $12,000 annually since 2016, because the library had agreed to host a biweekly LGBTQ+ support group. Shocked, the community took matters into their own hands—and raised $40,000 for the library.

According to the Fulton County News, one commissioner, Paula Shives, voted to approve the library funding, but the other two, Randy Bunch and Stuart Ulsh, refused—because of the LGBTQ+ support group, even though library officials say the budget increase would not have gone to the support group’s funding. In a meeting on November 2nd, both Bunch and Ulsh called the LGBTQ+ community a “hate group.”

“I don’t hate anybody. I’m just saying that LGBTQ and any of those organizations make people upset. I personally think none of them need any part in Fulton County. I don’t dislike anybody; I just don’t want something that’s going to create friction between people,” Bunch told the Fulton County News when asked for further comment. “I don’t feel where taxpayers’ money is given that stuff like that should go on. None of it. Not the LGBTQ, Proud Boys, Klu Klux Klan—I don’t agree with any of that.”

Said Ulsh to the Fulton County News, “I don’t agree with any organization that gets a group together that has an agenda behind it.” (The American Library Association’s Library Bill of Rights says libraries should make library “facilities available on an equitable basis, regardless of the beliefs or affiliations of individuals or groups requesting their use.”)

But the Fulton County News article had a surprising effect: Pennsylvania residents, horrified by the commissioners’ decision, started crowdfunding campaigns to help the library. Fulton County nurse Sarah Cutchall, “flabbergasted,” started a Facebook fundraiser to raise the $3,000 Bunch and Ulsh refused to give the library; Emily Best, who lives in a neighboring county but recalls visiting Fulton County Library with her family, started a similar GoFundMe fundraiser. Within three hours, the Facebook fundraiser raised $10,000, and the GoFundMe has raised $30,000.

“I hope [the fundraiser] shows the LGBTQ community, especially young people, that there is support,” Best told the Washington Post. “[People] deserve to be be who they are without being denigrated by elected officials.”

Jamie Brambley, Fulton County Library director, told the Washington Post that she doesn’t know yet how the community-raised money will be used; she plans to ask library users for ideas, but some of the money could be used to create a maker space, update the computers and expand the library’s diverse book collection.

“I really am thankful for these two patrons and women in the community who went above and beyond to try and organize these fundraisers on behalf of the library,” Brambley told the Washington Post. “I think in the end, it’s brought the community together beyond tolerance and kindness.”