A Poetry Anthology in Response to Trump’s America

In 2006, Adrienne Rich wrote that she lived “in poetry and daily experience, with manipulated fear, ignorance, cultural confusion, and social antagonism huddling together on the fault line of an empire.” A decade later, these words resonate even more powerfully.

Many artists have wondered what their work can accomplish in Trump’s America. In the face of such harmful policies and blatant bigotry, art can seem inconsequential. In the same piece, Rich asserts that this is not the case:

For now, poetry has the capacity—in its own ways and by its own means—to remind us of something we are forbidden to see. A forgotten future: a still-uncreated site whose moral architecture is founded not on ownership and dispossession, the subjection of women, torture and bribes, outcast and tribe, but on the continual redefining of freedom.

I do not mean to idealize poetry or to make grandiose claims for its ability to change the world. However, those of us who love it can feel comforted by its vibrant multiplicity of voices and aesthetic approaches. Through our craft, we can bear witness to—and offer resistance against—the criminals in the White House and the inequities underpinning daily American life and US foreign policy.

With this in mind, María Isabel Alvarez and I have spent the past year editing Misrepresented People: Poetic Responses to Trump’s America. The anthology’s purpose is to bear witness to, rage against, and defy the misogyny, racism, homophobia, xenophobia, and authoritarian impulses that have always surrounded us, but that are incarnated in the 45th president; proceeds will be donated to The National Immigration Law Center.

Some of the poems in this anthology chronicle the unprecedented rise to power of Donald Trump. Many of the poems were written during the campaign or the first 100 days of the Trump presidency; some of the poems included were written years before Trump was a viable presidential candidate. All of them, both directly and indirectly, address the persistent underlying issues of inequity and injustice that have led to the current political moment.

For the more than 60,000 children from Central America who cross the border unaccompanied. With lines from Maya Angelou and Richard Wilbur

Arcing above our apartment building,
above the rousing city and green skirts
of the San Salvador volcano, a flock
of wild parakeets comes to roost
outside our window; my nine-month son
rests his head on my chest and all I want
is to draw the curtains, but he’s coughed
all night and now his breathing
is slow, near sleep, though his eyes snap open
with each squawk. I imagine the parakeets
preening their emerald feathers, joyful in their ceremony
of clacks and trills. They are not musing
the capriciousness of nature as I am; they don’t know
five thirty am, only that the sun has tinged
the mountainsides gold and that this alcove echoes
their welcome beautifully. The wild parakeets tap
at the windowpane and my son stirs,
raises his sleep-etched face to mine.
Together we slip past the curtain and discover
seven green parakeets, perhaps a little smaller,
their feathers scruffier than I had envisioned.
Two squabble over a prime niche and the stronger
one comes towards the glass, wings unfurled,
fat tongue thrusting from his open beak. I want
to unlatch the window and sprinkle seed, lure them
to perch on our shoulders and arms, anything
to make them stay longer. Instead, my son, rooted in
the things unknown but longed for still—
greets them with the slap of an open palm to the windowpane,
and in a clapping of wings
they leap from the narrow corridor at once, a raucus fleeing,
with headlong and unanimous consent,
a disappearing stain, a distant murmuration
swallowed from sight.

we celebrate because we are afraid

took his place in our fathers’ Rage

ribbons snagged under the racing
sneakers of our nephews

an early Christmas present, a token of Their
War, a son’s birthday wish

if we saw an intent muzzle or length of rope

we must have imagined it

Asks: aren’t you proud to have bodies
that are burning, but not on fire

Nobody Explains Political Myopia to the Unrepentant Voter
Christian Teresi

Then neighbors wake to struggle out the faint sound
Of breaking glass, and children learn words that are hushed

To accept vanishing, and nobody figures the nightwatch
Forgot how to tell time. Then history atrophies into story,

Nobody says from the balcony, and fetching cake for nobody,
Are ­only acts that are an apology for what little is known

About the bottom where they reside. They are a perfume
Of climate and mud. They are nothing if not mad by fortune

That knows the hanged man is not always the bad sign.
They are joyously nobody in the same cosmos where

Some are paid to kick in doors and swarm warlike. Where
If a shortage of limes, and enough money to be made,

Then somebody will be killed over limes. There is no way
To depose the font where fear and greed are sourced

By ancient tumult. There is no way. Accept to build your life
Like those medieval doors that are so narrow they could not

Be entered by enemies in armor. Nobody comes close to well. 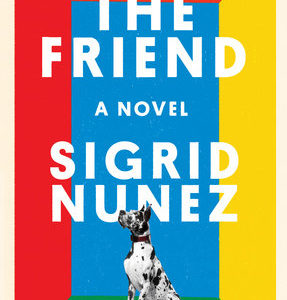 The Friend Mostly he ignores me. He might as well live here alone. He makes eye contact at times, but instantly looks away again. His large...
© LitHub
Back to top
Loading Comments...