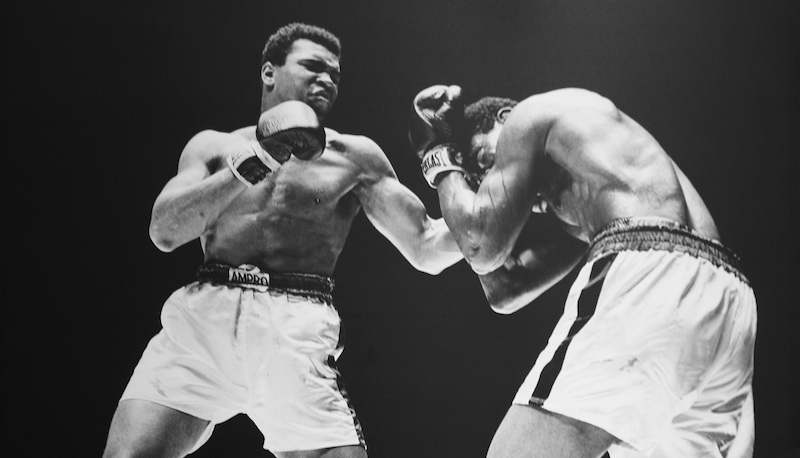 A Pilgrimage to the $7,500 Muhammad Ali Book

Dwyer Murphy Heads to Soho for a Touch of Greatness

Among the many observations and insights set out in Robert Lipsyte’s obituary of Muhammad Ali, which ran in last weekend’s New York Times and will likely be remembered as a high-water mark of that grim literary form, there was one peculiar fact towards the end of the piece that caught my attention: “In 2003, a $7,500 art book celebrating his life was published.” What does a $7,500 art book look like, I wondered? Who made such a thing? How many are there, and who owns them?

I went online and found out it was Taschen, the German art publisher, that had put the book out. It was called GOAT, for “Greatest of All Time,” and the going price in 2016 was in the $6,000 to $11,000 range. Only ten thousand copies were made, and when it originally came out in 2003, Der Spiegel, the German newspaper of record, called it “the most megalomaniacal book in the history of civilization, the biggest, heaviest, most radiant thing ever printed.” I spent hours scouring Amazon and Ebay and a few darker reaches of the web, hoping to find a collector in New York who was in possession of this particular megalomania, and who might agree to show me the book. Eventually I realized that Taschen itself has a store in downtown Manhattan.

“You would like to see the GOAT? Of course, come in before seven.”

That was more or less what I was told when I called.

It’s not the kind of offer you receive everyday, and I found myself wondering whether Ali, who was famously generous with his fans, and would spend hours visiting with them and signing autographs and responding to letters, had ever picked up the phone, fielded a similar inquiry, and answered in that very same way.

The Taschen store in New York City is on a cobblestoned street in Soho—Greene Street, to be exact—between a Jimmy Choo store and a Dior boutique. Rene Malchor was wearing a fine blue blazer and tortoise shell glasses and walked across his sales floor without making any sound whatsoever, which is a trick of the trade, I suppose.

The GOAT book, along with other collectors’ items, is kept in a special room at the back of the Taschen store. It’s called the “gallery” and was designed by Philippe Starck. The walls are concrete and, at the moment, adorned with framed prints of David Bowie. There was synthpop playing through speakers I couldn’t see.

“Here is the Sumo GOAT,” Rene said, pointing to a display stand.

The book was waiting there for me to see, in a white silk box.

Rene opened the box. It’s true that the first thing you notice about “the most radiant thing ever printed” is its incredible heft. It weighs 75 pounds, about one-third the weight Ali, then known as Cassius Clay, fought at when he defeated Sonny Liston at the Convention Center in Miami Beach, in February 1964, claiming for the first time the title of heavyweight champion of the world.

Inside the book was a wealth of Ali iconography: a biography; a glossary (defining “glass chin” and “rabbit punch,” amongst others); essays and remembrances from writers like Gay Talese. And then there were the photographs, over three thousand of them, rendered brilliantly and covering the long span of Ali’s life and career, and including several gold-tinted silkscreen double-page spreads that divided the various sections of the book. My favorite silkscreen was a shot from Miami Beach, taken by Mark Kaufman for Sports Illustrated. It’s not an image of the fight, but of the festivities outside the Convention Center. A young woman walks through the crowd wearing a sash, draped from shoulder to hip, that bears the name “Cassius.”

Rene turned the pages on my behalf, but said it was all right if I wanted to touch the silkscreens or the binding—the latter crafted by the Vatican’s bindery and made of pink leather, the same shade as Ali’s Cadillac, according to my information sheet.

I asked Rene whether, following Ali’s death, other people had been coming into the store asking to see the book. He nodded gravely and said yes, they had. Two had just been sold. He couldn’t tell me anything about the buyers. Someone else made the sale, and anyway, I gathered, he was bound by a gallerist’s code of ethics.

I put my hands on the book and thought aloud: “Ten-thousand five-hundred dollars.”

Rene corrected me. The book I was examining was the “Collector’s” edition and sold for $6,000. The $10,500 version was the “Champ’s” edition, which came with a sculpture by Jeff Koons, whereas the Collector’s edition had a Koons photo-litho. Both editions were signed by Ali and Koons. Both had 792 pages, with 600,000 words of text and the same photographs, though the Champ’s edition had several silver-gelatin prints, also signed by Ali.

“Do you have a copy of the Koons sculpture here?” I asked.

It was getting late, and I could see the request was too much, so I asked him instead to tell me what the sculpture was like. He hesitated a moment. “It’s… well, it’s better if you see a picture.” He showed me one on his computer. There is a stool with a tire around the legs and a copy of the Sumo GOAT balanced on top. A dolphin soars over the stool. Rene was right: it was the kind of thing you ought to see for yourself. 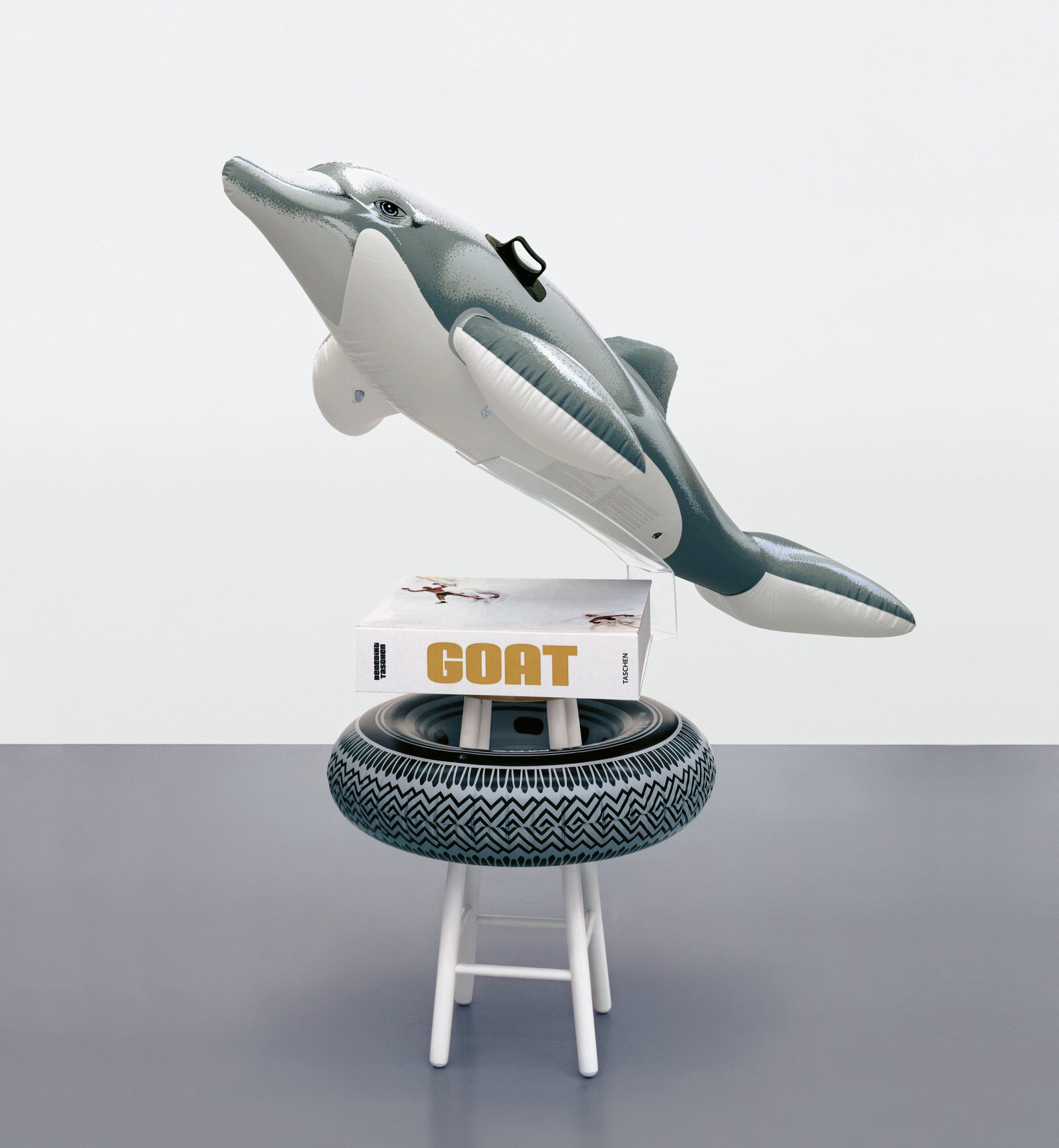 We looked at the book a while longer, Rene turning the pages and me taking notes.

“Ali had such a sense of humor,” Rene said. “That smile. And he loved children.”

That reminded me of a story George Plimpton told about Ali in his book, Shadow Box. It was from before the Liston fight, before Ali had become the most famous athlete in the world. He was staying at a house in North Miami, on Fifth Street, and at night, after his training was done, he would set up a movie projector on the lawn and neighborhood kids would come over to sit on the grass and watch movies with him. Their favorite movie, Plimpton recalled, was Invasion of the Body Snatchers.

I hoped the GOAT might contain a photograph of the house on Fifth Street. Maybe it did, but there were thousands of images, too many to examine in one viewing, and like I said, it was getting late, so I thanked Rene for his time and he closed the book.

Afterwards I wandered around Soho for a while. To be entirely honest, I had gone to the Taschen store expecting to be repulsed. A book that expensive struck me as an inherent affront. Wasn’t Ali the people’s champion? The one who said he wanted to fight “to uplift my little brothers who were sleeping on concrete floors today in America, black people living on welfare, black people who can’t eat… I want to win my title and walk down the alleys and sit on the garbage can with the wine heads.”

But there were other sides to him, too. Many others. Ali was as complicated a personality as we’ve ever encountered in American culture: gorgeous and vainglorious and tough; an Olympic gold medalist and heavyweight champion of the world; a Muslim; a separatist; a proud black man; a civil rights icon; a celebrity; a devoted capitalist earner; a taxpayer; a supporter of the poor; a conscientious objector. We tend to choose the aspect of him that suits us in a given moment, on a given issue. Robert Lipsyte—the author of Times’ obituary that had sent me in search of the GOAT—was on Dave Zirin’s podcast this week. He compared Ali to a “magnetic slate,” upon which we put our own “wishes, hopes, and bumper stickers.”

Who am I to say what’s an affront?

I thought of Rene and the way the photographs of Ali smiling made him light up. And of the silkscreened girl in Miami Beach, wearing the “Cassius” sash. And of the white silk box. It’s a beautiful book, and I was glad to see it. What else is there to say?

On Max Perkins, One of America's Greatest Editors

Five Beach Reads for June, Wherever You Are 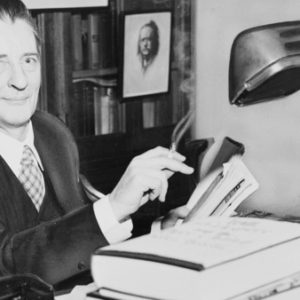 On Max Perkins, One of America's Greatest Editors

Shortly after six o’clock on a rainy March evening in 1946, a slender, gray-haired man sat in his favorite bar, the Ritz,...
© LitHub
Back to top
Loading Comments...