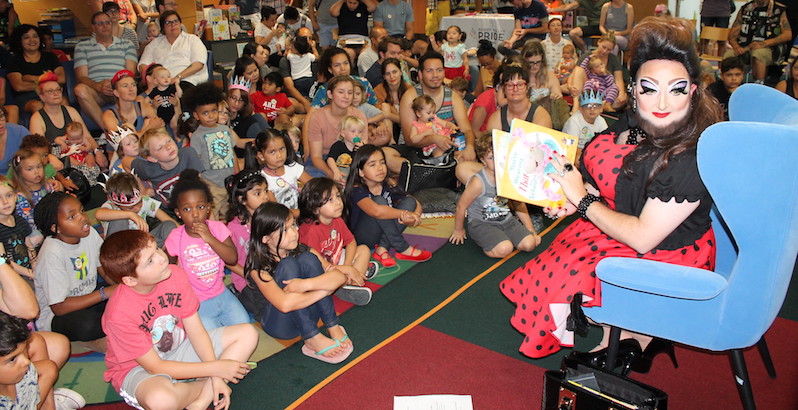 The American Library Association has received a petition signed by 100,000 people protesting its support for Drag Queen Story Hour, a movement of queer-affirming storytelling events at libraries, bookstores, schools, and other venues around the country.

LifeSiteNews, a right-wing website owned by a conservative Canadian lobbyist group, and the Personhood Alliance, an anti-abortion group, organized the petition. The ALA said in a statement that it “strongly opposes any effort to limit access to information, ideas and programs that patrons wish to explore,” The Guardian reported.

Drag Queen Story Hour, founded in 2015 by writer Michelle Tea, has helped organize the events and also inspired a proliferation of similar events in the last few years, not all of them officially affiliated with the organization.

In some areas, the events have also become a kind of rallying point for anti-LGBTQ groups protesting the presence of drag queens and celebration of queer identity at events for children, including in Louisville, Hoboken, Denver, and Columbus, Georgia this year. Controversy over a planned “Drag Queen Story Time” event in Lafayette, Louisiana, led to the resignation of Lafayette’s Library Board of Control President Joseph Gordon-Wiltz last year.

Individual libraries and individuals plan the events, but the ALA has published toolkits and resources to help support those planning queer-affirming programming. The organization noted that it is committed “to combating marginalization and underrepresentation within the communities served by libraries through increased understanding of the effects of historical exclusion.”