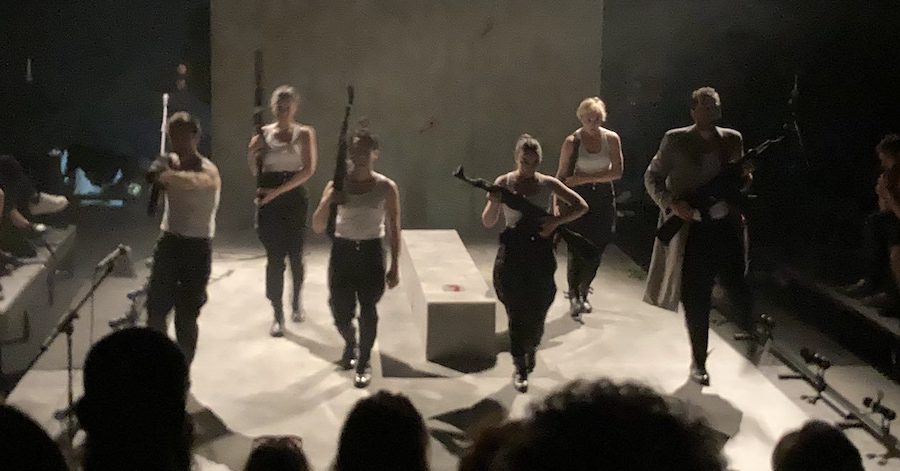 A new play being staged in Kosovo’s capital of Pristina is taking on Peter Handke’s deeply troubling role in denying Serbian atrocities during the breakup of Yugoslavia. The Handke Project is a multinational, English-language production that puts the Austrian writer’s words on stage, reminding us all of his proud support of convicted Serbian war criminals Radovan Karadzic and Ratko Mladic.

Our position is clear: fabrication of the truth, genocide-denial and support for war criminals cannot be “sold” to the public as “literature.” And those viewpoints cannot be considered and tolerated under the concept of “artistic freedom.”

The Handke Project, which is set to tour through Italy, Germany and Bosnia, is unapologetic and forthright about its politics, and begins each night with a moral demand of its audience, asking anyone who is “a fascist, homophobe or anti-Roma” to get up and leave.

If only it were that easy.