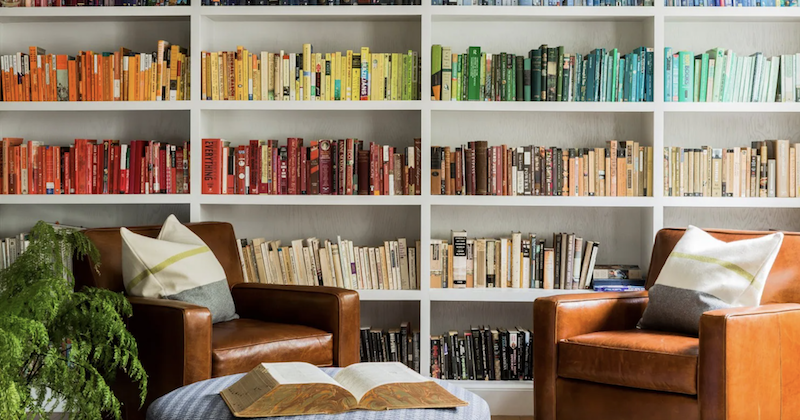 A new poll shows that most readers organize their bookshelves . . . completely randomly.

Much has been made of the trend of organizing one’s books by color: some find it cute, some find it a disturbing, theatrical perversion of the insular process of reading. But despite the controversy of color-coordinated shelves, they’re not that popular: a new poll administered by YouGov has discovered that only 2% of British readers organize their bookshelves by color. Instead, by far, the most popular way of organizing one’s bookshelves is utter randomness.

It sounds chaotic, but ultimately it makes sense: not everyone has a book collection of a size that requires sorting. You can just quickly look at a small-ish bookshelf to find what you need; unless you have a sizable book collection, it may not be particularly useful to extensively organize. (And, not everyone regularly revisits books.)

I find it reasonable, but if you’re an order-head, no one’s stopping you from going all in on your shelves. Here are a couple other modes of organizing your books:

-by blurb (“unputdownable” is top shelf, “gripping” is bottom)
-by author advance
-by how frightening the covers are (avoid accidental jump scares)
-by reliability of narrator (you have to cut Trust Exercise into three pieces)
-in a box shaped like a giant book
-the DDC (a modern designer comes over and sorts your books for you)
-bubble sort