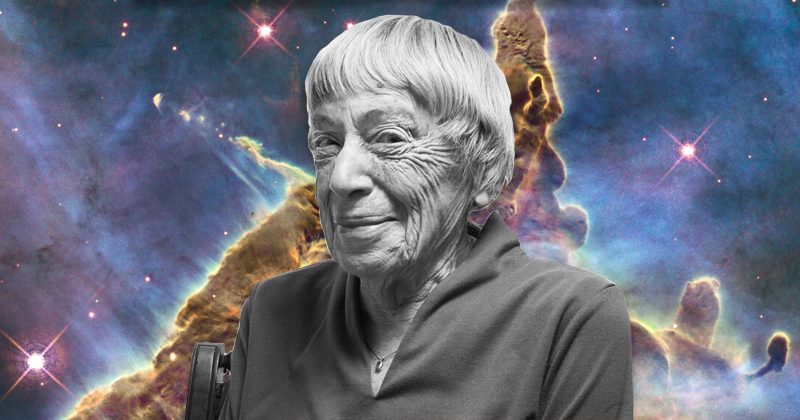 A new literary prize in honor of Ursula K. Le Guin will recognize “realists of a larger reality.”

According to a press release, the award “is intended to recognize those writers Ursula spoke of in her 2014 National Book Awards speech—realists of a larger reality, who can imagine real grounds for hope and see alternatives to how we live now.” Anyone will be able to nominate eligible books for the award; the Trust will create a shortlist from the nominated works, and the winner will be chosen by a judging panel. Nominations open February 1, 2022.

“Many will appreciate an irony in that Ursula herself was suspicious of literary awards and prizes,” said Theo Downes-Le Guin, Le Guin’s son and literary executor, in the release. “At the same time, she recognized their genuine value in honoring a writer and increasing visibility of good, undervalued writing. She also knew that a bit of money, at the right moment and in the right spirit, can be a turning point in a writer’s ability to continue writing. I hope the Prize will provide meaningful help and recognition to writers who might otherwise not receive it.”

“Ursula Le Guin’s visionary fiction entered my head when I was young and has never left,” said Mitchell. “Her novels and stories defined, in part, my understanding of what fiction can do, should do, and why. I am deeply honored to be a juror in the inaugural year of a literary prize created in Ursula’s memory, and I look forward to encountering new works of imaginative fiction which, like Ursula’s, glow in the dark.”