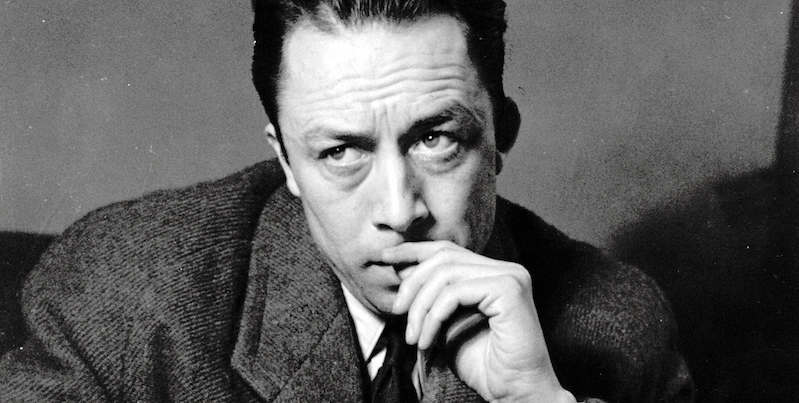 A new book suggests Albert Camus was assassinated, but is speculation a good idea?

For almost a decade now, Italian author and academic Giovanni Catelli has been researching and writing about the untimely death of Albert Camus, the French author who died in 1960, at age 46, when a car driven by his publisher swerved off-road and crashed into a tree.

Camus’ death was certainly one of the saddest events in 20th-century letters, made all the more tragic considering he’d just won the Nobel Prize in Literature a few years earlier, in 1957. Police discovered in the wreckage an uncompleted manuscript entitled The First Man, a semi-autobiographical novel based on Camus’ childhood in Algeria, which the author believed would be his greatest work.

In 2011, writing for Corriere della Sera, Catelli claimed that Camus’ death may have actually been politically motivated, the result of an unholy alliance between KGB spies and a French government concerned about its delicate relationship with the Soviet Union. Catelli had come across a 1980 entry in the diary of Czech poet Jan Zábrana, who wrote that a well-informed source told him that the KGB rigged a tire on Camus’ car “with a tool that eventually pierced it when the car was traveling at high speed.” Zábrana’s source apparently attributed the order to Dmitri Shepilov, the USSR’s Minister of Internal Affairs, who was acting in response to Camus’ anti-Soviet writings.

As The Guardian reports, Catelli spoke to Zábrana’s widow for a new book, which hasn’t yet been translated into English, called The Death of Camus. He also includes secondhand testimony, shared with Catelli by an Italian lawyer, from Jacques Vergès, a French lawyer who notoriously defended internationally-known war criminals like Serbian president Slobodan Milosevic and Saddam Hussein.

Catelli concedes that Camus’ daughter hasn’t backed his theory, though the book has so far been published in Italy, France, and Argentina, with a supportive foreword by Paul Auster.

To be clear, I haven’t had an opportunity to read the book, though I wonder what good it does to publish a book that relies so heavily on speculation and hearsay. The fiascos over Naomi Wolf’s Outrages and Jill Abramson’s Merchants of Truth earlier this year reminded us of the publishing industry’s fact-checking problem, which seems to extend beyond the US market. The ease with which unverified or otherwise shoddy claims become widely circulated should be alarming.

It’ll be interesting to see whether an American publisher eventually takes on Catelli’s project. Until harder evidence supports his research, it’s probably best to take them with a grain of salt.