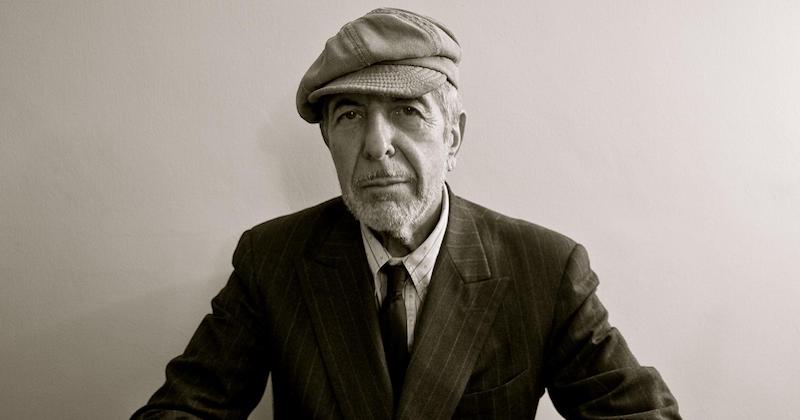 Think you know everything there is to know about Leonard Cohen? A new graphic novel may challenge your assumptions. This fall, renowned publisher Drawn & Quarterly will publish a graphic biography of the late Canadian singer-songwriter, poet, and novelist. Leonard Cohen: On a Wire was written by Quebec cartoonist Philippe Girard, who wanted “the project to be an ode not just to Cohen, but to Montreal and the artists it helps shape.”

Originally published in French, the novel was translated to English by Helge Dascher and Karen Houle. The narrative begins in Los Angeles in 2016 on the last night of Cohen’s life. Alone in his hospital room, the singer reflects on his life and career. There are appearances from infamous industry figures (Phil Spector, who allegedly “held a gun to Cohen’s head during a coke-fueled, all-night-long recording session”) and legendary icons (Lou Reed, Nico, Janis Joplin, and Joni Mitchell). The novel will also unpack the cultural impact of his arguably most famous song, Hallelujah, which spawned covers by Jeff Buckley and John Cale.

Girard drew creative inspiration from Cohen’s Jewish heritage, specifically the Star of David. Each point of the star was linked to a decade of Cohen’s life.

“And for each decade I would choose a song, a woman and an item,” he said.

Girard added that the concept of reinvention is a key theme of the biography: “Leonard Cohen is a man who has been declared dead at least ten times in his life, but who rises from the ashes every time. He was extremely resilient and able to reinvent himself. So I decided to talk about Leonard Cohen: the phoenix, the one who always ends up bouncing back, even when he’s down on his knees.”

The English translation of Leonard Cohen: On a Wire will be available this October.