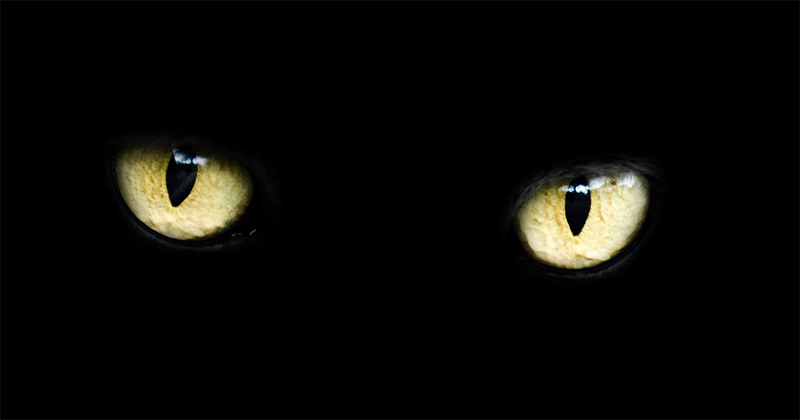 "Maybe I Could Feel Pity, If Not Grief and Love"

On a wintry night a month and a half after my father’s death, my cat Miranda begins to scream and convulse. She’s 18, her kidneys are failing, the cancer has spread from her lungs to her brain, and two weeks have passed since the vet said Any day now: I think I’m ready. Yet after the long midnight drive through snow and ice, my husband fighting to keep the car steady as I struggle in vain to keep Miranda calm, the dash into the hospital, and the shot that makes her eyes shut and her body go limp and quiet in my arms, I start sobbing and can’t stop for what seems like days.

She was my second gray tabby and the cat of my single years, and months later I still grow teary talking about her. Friends, even those with beloved cats and dogs of their own, exchange glances, murmur sympathetically, and change the subject to my father. Now that was a shock; how was the memorial anyway? Their concern is a comfort and at first I’m too worn out to mind that they assume that unbeknownst to myself, I’m grieving not for my cat but my father. But by April, when the two new kittens, wide-eyed, angel-faced hell-raisers my husband and I have gotten to fill the emptiness of our house, are finally settling in, the idea has wormed its way under my skin and begun to fester and ooze.

When my family returned to New Jersey after two years in Japan and I began school, I was nine, and friendless but for my cat. He was mine because he’d chosen me, to my astonishment, over my sisters. He was gray and striped and I named him Kumo, cloud in Japanese.

As the days grew shorter and the weather began to turn, I started smuggling Kumo inside the house against my father’s orders. One night, while passing by the bedroom I shared with my younger sister, my father spotted him nestled in the covers of my bed. With a roar he rushed in. I was cowering—he’d already hit me for bringing Kumo inside, two times very badly—but this time he snatched the cat up and gripped him around the throat.

My sister screamed. Kumo, his body dangling, let out a yowl that turned into choking sounds; his paws scrabbled at the air. I cried and begged my father to stop; Kumo’s bladder loosened and the smell of his piss, biting and acrid, filled the room. But my father held on, so tightly that his arms were shaking, long enough that I went from dreading the moment Kumo’s body would go limp to wishing for it.

Instead my father dropped him. Kumo righted himself, stumbled, and half-ran, half-staggered for cover under the bed. His voice quiet, my father said that I must never do that again, and then turned and left the room.

Afterward, Kumo was different. Though built like a bruiser, with thick shoulders and legs that were a little too short for his body, he had a gentle soul; a born loafer, he loved nothing more than to loll in the sun with me at his side. Yet after that night he was jumpy and skittish. He ate poorly, and groomed himself until he had bald patches. As soon as he heard my father’s voice or footstep he would race to hide himself and shiver uncontrollably.

That winter was bitterly cold. I brought Kumo in only during the day, when my father was at work. He grew thin and ragged, and one day in January didn’t come when I called. I was frantic, stapling posters up all over the neighborhood, and then inconsolable. Almost two months later, when winter was finally loosening its grip, Kumo returned, not exactly well fed but not emaciated, either. After three days he disappeared again, never to return. My mother told me that his visit was a way of saying goodbye, that he was and would be okay. I believed her for years.

Why hadn’t Kumo died? By the time I was a teenager, I’d narrowed the possibilities down to three. a.) My father had been playacting, pretending that he was going to kill Kumo to teach me a lesson. b.) Though determined to kill him, he lacked the necessary strength. c.) He started off determined but changed his mind midway through.

Soon enough, though, even before our mother moved my sisters and me out during one of our father’s long trips in Japan, I stopped trying to figure it out. Who cares what he’d been thinking? He was a monster no matter what.

But in the months following his death, when I move, dazed, through a world that seems muffled in cotton, I find myself revisiting the question, and wondering about option C. What if my father had been in thrall to bipolar rage until something—the delicacy of the neck in his hands, the rasping sounds Kumo was making, my and my sister’s cries—started to penetrate? If he came to with a start and dropped Kumo feeling horror and shock, if it was contrition that softened his voice, then maybe I’d been wrong about him, and he wasn’t beyond redemption. Maybe I could forgive him—maybe I could feel pity, if not grief and love.

Typing in cat strangulation on a search engine yields only possible veterinary interventions and grim stories about pets throttled by collars, neighbors, and ex-boyfriends, and after an hour I give up and focus instead on people. I learn on a prosecutors’ website that because our necks have little protective tissue, strangling is the most lethal form of domestic abuse.

Four factors determine the efficacy of strangulation: where the hands are on the neck, how much pressure they’re applying, how long they squeeze and how much surface area they cover. The exact location of the hands is especially important, as relatively slight pressure on certain points—the carotid arteries, which supply oxygen to the brain, and the jugular, which conducts deoxygenated blood out of it—can yield swift results: unconsciousness in ten seconds, death in four to five minutes. An adult male handshake exerts 80-160 pounds per square inch, or psi. Blocking the carotid takes 11 psi; occluding the jugular just 4.4.

So why didn’t Kumo pass out? My father’s hands were more than big enough to fully encircle a cat’s neck, and although I couldn’t be sure how long he’d been squeezing, it must have been more than a minute. If he’d exerted any kind of pressure, he was compressing Kumo’s carotid and jugular.

Had my father not been squeezing hard? I think back, trying to remember. Maybe he’d been in control all along? When he dropped Kumo, maybe he hadn’t been sorry and chastened, but icy calm.

On an unseasonably cool afternoon a week later, I bring Otis, the larger of our new kittens and my third gray tabby, to the vet’s for his annual and rabies’. When the vet finishes—Otis’ weight is off the charts but fine for his length; we’ll keep an eye on the vomiting—and asks if I have any questions, I remind him that I’m a novelist, let him think I’m writing a murder mystery, and will he tell me for research purposes how difficult it is to strangle a cat?

The vet folds his arms. He’s in his late thirties, a little younger than me. He has a new haircut, one that reveals the shape of his skull, and in combination with his grave mien and distance-runner’s physique, it makes him look ascetic, a modern-day monk in blue scrubs and Nikes. Fitting, I’ll think later, since what I’ve come to him for is absolution.

He’s lucky, he says, strangling isn’t something he has to deal with in Cambridge. But he’ll do his best and could I be more specific about what I mean by difficult.

I explain what I’ve learned about the carotid and the jugular and a person passing out in ten. Does that apply to cats?

The vet reaches down to pick up Otis, who’s jumped off the table and is promenading the room, tail high. Otis lifts his chin to be scratched and the vet, smiling, obliges. Huge and charismatic, a peculiar blend of cheek and zen calm, Otis has a way of taking over a room, and the vet has a soft spot for him; when he pets him he speaks in an almost-baby voice, one I never heard him use with Miranda.

“This is the jugular,” he says, holding Otis by the scruff of his neck and tracing a line down his throat. “It’s recessed, so you can’t really apply pressure to it. And a cat’s carotid is buried too deep for us to see.”

My eyes are on Otis. I’m remembering how, even as he struggled, Kumo seemed to tremble in my father’s grip, and how I couldn’t tell if that was from his fear or my father’s exertion or both. “You’re saying that it’d be hard to strangle a cat.”

He nods. “The cat wouldn’t pass out for at least 30 seconds, maybe more, and he’d be scratching and biting the whole time.”

When he first told me about Miranda’s cancer, I’d cried. My husband was there to sweep me up then but this is different, just the vet and me in the small sterile room.

“So this is for a novel you’re writing,” he says.

His voice is gentle. He’d seen both Miranda and me through her decline; I should have known he’d spot my little ruse. Does he wonder if the cats and I are in danger?

“Something like that,” I say. Otis’ tail is twitching; his eyes are golden, unblinking, and a little wild.

Inside me is a feeling, maybe just an apprehension, that the weariness that’s threatening to pull me under isn’t because the vet’s words means that option C is off the table, but because it wouldn’t matter even if they didn’t. A foreboding that as a child, I’d grasped a truth that I can’t face now. A monster no matter what.

I can feel the vet’s glance. “I know there’s evil in the world,” he says. “But I’d rather focus on what’s good—like this sweet kitty here.” His last words in that almost-babytalk voice as Otis, claws flashing and fangs gleaming, flops on his back, tender belly bared.

Mako Yoshikawa is the author of the novels One Hundred and One Ways and Once Removed. Her work has been translated into six languages; awards for her writing include a Radcliffe Fellowship. As a literary critic she has published articles that explore the relationship between incest and race in 20th-century American fiction. She is currently at work on a memoir about her father. Her essays have appeared in the Missouri Review, Southern Indiana Review, and Best American Essays 2013.

How Much Actual History Do You Need for a Historical Novel? 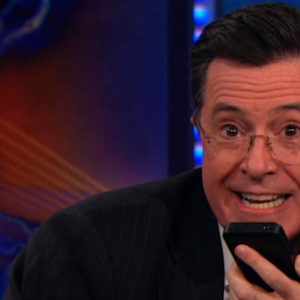 In October of 2010 I attended a mass demonstration on the National Mall, which also happened to be a live taping of The Daily...
© LitHub
Back to top