How Much Actual History Do You Need for a Historical Novel?

Hannah Kent on Searching for the Life of Her Main Character

“Individual memory, history, and the novel, are all selective: no one remembers everything, each historian picks out the facts he or she chooses to find significant, and every novel, whether historical or not, must limit its own scope. No one can tell all the stories there are.”

March, 2015. I am sitting in the National Library of Ireland, scrolling through microform of an 1820s County Kerry newspaper. My eyes ache—this is the fourth day I have spent in front of the reader. As I wind through the pages of miniscule print, zooming in on articles and reading them only to discover their irrelevance, I feel familiar threads of anxiety knot in the depths of my stomach.

Next to me, carefully pasted in the front of my notebook, is an article reported from the 1826 Tralee assizes by the Morning Post. It describes the trial of “Ann Roche, an old woman of very advanced age” indicted for a serious crime “committed under the delusion of the grossest superstition.” The woman claimed she had been trying to “put the fairy out” of a child she described as “fairy struck.”

I found this article in 2011, and have spent the last four years plagued by questions of who Ann Roche was and whether she believed her own defense. Did she truly accept the existence (and malice) of the fairies? What had she done and why? I have told my publishers I am writing a novel about her. I have committed myself to her story, and am writing under deadline.

The only thing is, I have been searching for Ann for two years now, and have found nothing except the original article. I had accepted that there would be gaps in the record, the usual silences and omissions one comes across, particularly when looking for the stories of the marginalized or criminal, but I have scoured all the usual genealogical resources, various databases and records, and she has remained altogether absent. Elusive. Faceless.

I have now come to Ireland to find her. I wind through the microform. Nothing.

This is hopeless, I think. I will never be able to write this novel.

I never intended to write historical fiction. In my early twenties I wanted to be a poet or a playwright. A writer of forms that were deeper than they were wide, as I thought of them then. I’m certain I held a vague, un-interrogated dislike of stories “inspired by fact,” and if pressed, would have likely said that they seemed exploitative or exhibited laziness on the writer’s part. I considered historical fiction less exhumation of the partial past, and more ready-made “dot-to-dot” exercises in fiction: imaginative romps from one historical event to another, reeking with creative license for its own sake. At worst I probably considered the genre—as Hilary Mantel once said—“chick-lit with wimples.” At best, it was history bent out of shape, warped to fit the writer’s whim.

I was wrong, of course, and my opinions on historical fiction changed around 2009, the year of Mantel’s Booker Prize win for Wolf Hall, and a time of much debate regarding the accuracy of history, and whether the obligation of the fiction writer is to value history’s “objective truth,” or disrupt the notion that such a thing is possible altogether. It was also the year I began writing a novel based on the life and death of a woman called Agnes Magnúsdóttir.

As a teenager I left my home in South Australia for twelve months and lived in Sauðárkrókur, northern Iceland. It was a transformative experience for me, not least that it gave my 17-year-old self a renewed love and appreciation of story and its power to connect us to the past and to each other. The fjords, valleys and mountains surrounding the village were rich with history—sites of sagas, local legends and myths—and the Icelanders often narrated the landscape to me within a context of story.

“This road curves to avoid those elf rocks. That’s where the huldufólk live.”

“This is the hot spring where the outlaw, Grettir the Strong, bathed to revive himself after swimming from the island of Drangey.”

“This is the valley where the parents of the first European born in North America settled.”

One tale that emerged from the landscape and lingered with me long after I returned to Australia was that of the murders of Natan Ketilsson and Pétur Jónsson. In 1828 the two men, a local herbalist and a sheep thief, were stabbed to death as they slept. Three people were convicted of the crime, of which two, a local teenager called Friðrik, and Natan’s servant, Agnes, were sentenced to death. Friðrik and Agnes were beheaded in 1830 at a valley mouth now spliced by Iceland’s main highway, and driving back and forth from Reykjavík, the site of these executions (the last in Iceland) was often pointed out to me. When I pressed people for further information about Agnes, however, particularly in regard to motive, little was offered beyond a shrug and a suggestion that she was a “bad” woman.

No one could tell me.

It was this desire to know who Agnes truly was that led me to write a novel about her, five years later.

From the outset I was painfully aware of my status as an Australian writing about an Icelandic history and a culture that wasn’t my own. Did I have a right to tell this story? I was also anxious to avoid any accusation that I was exploiting the dead for entertainment—these were, of course, the criticisms I often leveled at some other works of historical fiction. In my desire to write a work of emendation rather than appropriation, I undertook a rigorous approach to the mixing of fact and fiction, deciding to research as widely and as thoroughly as possible. If facts were solid, I would not alter them. If facts were questionable, or contradictory, or openly prejudiced, I would use my wider research to select the most likely scenario. And finally, if there were gaps left unfilled, I was at liberty to invent, although such invention would need to fall within the parameters of the reasonable; parameters set, again, by wider research into the times Agnes lived in.

These rules proved useful to me. The research took years and was difficult, but it unearthed rich material. I found Agnes in censuses, parish records and local histories, and found that my wider reading into 19th-century life in Iceland gave weight to the facts of her life I unearthed. Burial Rites, published in 2013, was a book I felt to be anchored to research, that nonetheless offered a foray into the unknowable emotional lives of my characters. I regarded the novel as a speculative biography: a work not of uncontestable historical accuracy, but one that contested the understanding of infallible historical truth, and in doing so, suggested the possibility of multiple interpretations.

“I can’t tell you,” I replied. “The waters have been muddied.”

Scrolling through the microfilm on my last day in the library, I wonder whether it is possible to write a work of historical fiction about a woman without any biographical information, without any facts at all. I have been hoping to undertake the same methodology I used for Burial Rites—as I had found Agnes, so I would find Ann—but it is becoming clearer with each day that my research is futile.

Suddenly I see a name on the screen. Anne Roche. I stop, zoom in on the text, speed-read.

“There are three women confined to our County Jail, charged on the verdict of the Coroner’s Jury… Their names are Anne Roche, Honora Leahy and Mary Clifford.”

“Nance Roche, who is described as superannuated and having of necessity, retired from the bustle and frail vanities of this wicked world, now claims a mysterious intimacy with certain busy beings, respectfully denominated, Good People—hints at her profound knowledge and powerful influence on their supernatural agency, and is deeply skilled in every Fairy Herb and Nostrum.”

I print out the article with shaking hands. This, I think, this is enough.

I never found anything more concerning the life of Ann Roche other than the information contained in those two newspaper articles, found four years apart. And yet, those brief articles contained enough information to guide my wider research. I seized on the possibility of three central characters, rather than one. I turned my attention to pre-famine Ireland’s rich folk culture, and to the herbalism and belief in “sympathetic magic” practiced by “fairy doctors.” I spoke with librarians, curators and academics in Dublin, Cork and Killarney to ascertain what might have happened prior to the trial, and to learn what kinds of lives these women would have led, according to the various social statuses ascribed to each in the newspaper report. I immersed myself in information until I felt saturated with familiarity—if not of the specific facts regarding the lives of these women, then certainly of the world in which they lived.

The Good People was written within the realms of the plausible. All but the conclusion of the book—the incidents described in the only primary source material I could find—is invented, and yet all invention is so heavily influenced by what is known about similar criminal cases, about folkloric practices, about the lives of women who lived in poverty in rural Ireland, that the warp and weft, the play between fact and fiction, cannot be separated. Is it true? No. Is it false? No, not that either. It is somewhere in between. An approximation. A likelihood. A work of possibility.

Hannah Kent was born in Adelaide in 1985. Her first novel, Burial Rites, has been translated into nearly thirty languages and was shortlisted for the Baileys Women’s Prize for Fiction (formerly the Orange Prize), the Guardian First Book Award and the International IMPAC Dublin Literary Award. Hannah is also the co-founder and publishing director of Australian literary journal Kill Your Darlings.

More than the Beauty or the Heroine 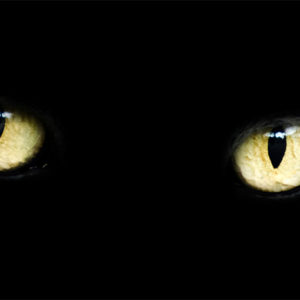 On a wintry night a month and a half after my father’s death, my cat Miranda begins to scream and convulse. She’s 18, her kidneys...
© LitHub
Back to top