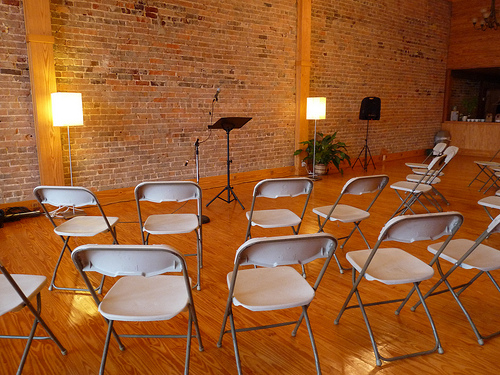 Matthew Norman Talks to the One Person At His Reading, Merrijoy Vicente

Five years ago, I gave my first reading as a published novelist. It… well, it didn’t go as planned. Only two people showed up, and one of those people walked out halfway through. I wrote an essay about that evening, which appeared on Lit Hub as a way to publicly acknowledge the young woman who stayed, Merrijoy Vicente. After a stunning wave of likes, retweets, and positive comments, Lit Hub asked if I might talk to Merrijoy about what that night was like from her perspective. I’m glad they did.

Matthew Norman: You had no idea who I was, obviously, because it was my first book and it had just come out. Do you remember why you went to my reading in the first place?

Merrijoy Vicente: I will be honest and tell you that I vaguely remember what specifically brought me to the event. All I can recall is that at the time I was a Corporate Communications major at the University of Baltimore and had a couple writing classes during that particular semester. I’m almost positive it was one of many event options for some kind of event participation assignment? Either way, I know I always enjoyed readings, so it was an easy choice to make. I looked your book up on Amazon and the premise sounded like something I knew I would thoroughly enjoy and get a bunch of laughs out of, so I ordered it in preparation for the event and was looking forward to the reading.

MN: Was it embarrassing to raise your hand when I asked if anyone was there to hear me read? What was running through your head at that moment?

MV: I didn’t find it embarrassing but more so was curious as to why more people didn’t show up. I guess that was just my naive brain assuming that this funny book from a local author would have more of a turn out. I remember getting there a little earlier and wondering if anyone else in the cafe area was there for you or if it was just me. I really, really hoped it wasn’t just me because I always wondered what it was like for an author when not many people come out. I was a little relieved that there was at least another person who showed up… but we all know what happened to her.

MN: Be honest… did you think about bailing? I would have. I would have bailed like the building was on fire.

MV: I didn’t. I genuinely wanted to be there. That’s the God’s honest truth. Even if I wanted to, I’m never one to leave in the middle of an event anyway. I’m pretty sure I said hello prior to you starting your reading, so any thought of leaving thereafter would have been so rude. I also really wanted my book signed!

MN: As I was reading, could you tell that I was centimeters away from a full-fledged emotional breakdown, or was I being cool about it?

MV: Full-fledged emotional breakdown, no—but I could tell you were a little uncomfortable. At the time, I wasn’t sure if it was because not many people were there or if it was just reading jitters. So it didn’t seem too unusual to me.

MV: Twitter was (and still is) my hub for following awesome creative people and you were going to be one of them! I knew there had to be some eventually funny tweets churned out from an author of a funny book. No regrets!

MN: Not to be too sentimental, but, as the evening was unfolding, did you have any idea how much it meant to me that you were there… and, more importantly, that you stayed?  Or… was I cool about that, too?

MV: I really didn’t. It wasn’t until this essay came out way after the fact. I’m really happy that I stayed and was able to make your situation better, even if I didn’t know I was doing so.  You wrote, “Because you were here… thank you” into my book that day and looking back at it now after all of this, it really feels good to know that it did really mean a lot.

MN: Because I have horrible organizational skills, I didn’t give you a heads up about the Lit Hub piece until a few hours after it came out. Apologies for that. What did you think when you started getting random love on Twitter.

MV: It has been incredibly overwhelming and I mean that in the best way possible. The writing community has been extremely generous in all the kind words they’ve sent my way. I honestly didn’t know it would blow up to the extent that it did. It’s also coming at a time where I am constantly having some kind of existential crisis. It has been such a lovely thing.

You really didn’t have to mention me specifically but you did anyway and I can’t thank you enough for that. I still can’t believe this has all happened. (I also apologize in advance to any new followers for my inevitably awful live-tweets of pop culture events, various television shows, and musicals.)

MN: People on the web are referring to you as a literary folk hero. To the writing community, you represent more than just a girl in a chair at a reading. How does that make you feel?

MV: I still am not entirely sure how I feel because I didn’t know I was capable of ever being such a thing. I’m just a straight-up fan of writers. You all are the true heroes and I’m always in awe of the worlds you all can create. Whether it’s from imagination or experience, we readers can find something we can relate to, that keeps us invested. It’s a powerful thing.

We all gravitate toward the things we like or make us feel better in some way. In this case, I needed a funny world of words in my life and your book and reading fell right into that. I didn’t think anything would come of it like it has nor did I think I made any real difference that day. It’s been an incredible thing, really.

It has also been amazing to see how much your experience has resonated with others and just how many people have been in the same situation… or worse.

MN: Where do you live, anyway? What have you been up to? I haven’t seen you in real life since that night. Do you still live in Baltimore?

MV: I am currently living in Bowie, MD and have been working at a small digital design company called Bright Light Media since I graduated from UB. Is that boring? How’s this: In my spaces of free time, I’m super into live theatre, traveling the world, and finding other creative things to fawn over… things I can ultimately tweet about for the Internet to see. You’re welcome! 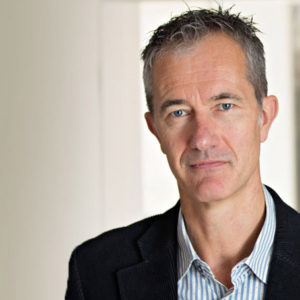 Geoff Dyer will appear at the June 13th House of Speakeasy event "When Strangers Meet," alongside Chris Abani, Stephen Burt,...
© LitHub
Back to top