A Lineage of Artists: Polly Crosby on Her Famous Illustrator Uncles

On Secrets, Eccentricities, and the Legacy of
the Heath Robinson Brothers

The process of writing a novel means that you read your own work many, many times, polishing the words until they shine. With all of these layers of revision, it is easy to stop seeing the story, because you are so close to it. And so, when I sat down with the newly printed galley of my novel, The Book of Hidden Wonders, and read it as a book for the first time, what did I discover? This novel that I had slaved over for years, that I had tweaked and burnished until it gleamed, contained a hidden story within it.

Now, my novel is all about hidden stories: it is about a treasure hunt, and therefore it’s packed with clues and family secrets. But as I sat there reading it, for the first time I realized I had hidden things in it even from myself.

The story is about a father who creates a series of picture books starring his daughter. As the books become famous, fans uncover a treasure hunt hidden within them. But the daughter begins to suspect that the clues in the books aren’t about treasure—they won’t lead to gold or jewels, but to a dark secret that her dad has hidden in the books, just for her.

The first run of my novel’s galleys in the UK were limited-edition hardbacks in sumptuous gold and green. Each one had its own red ribbon bookmark with a little bell attached to it, and it was made to look just like a classic children’s book, to bring to mind the story within.

When I received my own copy, something about its beautiful vintage feel fizzed in my mind, and I rushed to my bookcase. There on the shelf was a copy of The Secret Garden. It was a beautiful clothbound hardback in gold and green, mirroring my own novel. This in itself is strange, but even stranger was that this particular copy of The Secret Garden was illustrated by my great, great uncle, Charles Robinson.

Have you heard of the term, “a bit Heath Robinson”? It means something which is ingeniously or ridiculously over-complicated, and it originates from the early twentieth century, when another great, great uncle of mine, William Heath Robinson, created humorous illustrations of contraptions, featuring bits of string and a cog or two.

I grew up knowing I was related to the Heath Robinson brothers: we had some original drawings and many signed books.

Before I got married, my name was Polly Robinson. I grew up knowing I was related to the Heath Robinson brothers: we had some original drawings and many signed books, and I used to pour over these at every opportunity. My dad was proud of our heritage, and he was exceptionally pleased when I started showing an aptitude for art. “That’s the Heath Robinson in you,” he would say.

Heath Robinson appears to epitomize the quirky positivity that emerges in strange situations like the one we all find ourselves in right now. In the current climate of social distancing and quarantine, Heath Robinson’s peculiar humor is oddly apt. If you search the hashtag #HeathRobinson on Instagram, you’ll find lots of his illustrations: a pen and ink sketch of a man in an armchair suspended outside his flat window by manner of pulleys and balloons; a dangling baby’s cradle, rocking in the wind, a net in place in case the child should fall. Other images on Instagram show photographs of strange inventions people have made themselves as they adapt their lives to the confines of their homes: veg patches with elaborate string patterns criss-crossing them to deter birds, a barbecue made out of a washing machine drum; a handheld drill with which to mix cocktails.

Even the Telegraph got in on the act a few weeks ago, with Bob Moran’s clever take on Heath Robinson’s cartoon, “The combination bath and writing desk for businessmen,” his modern version showing Boris Johnson self-isolating at home, sitting naked in a bath with writing desk attached.

It wasn’t until I was a bit older that I realized Heath Robinson was one of six siblings, three of whom were artists. Though W Heath Robinson was the most famous, his brothers Charles and Thomas were also exceptionally talented, and it was Charles’ book that bore such a strong resemblance to my own.

My publishers had no idea of the connection: it was just one of those magical things that has happened as part of this writing process, and it felt to me as if my distant relative had extended his hand through the generations and reached out to me.

When I began writing The Book of Hidden Wonders, I had no idea how much of an influence the Robinson brothers would have on my work, and as I sat reading the galley of my own novel, I saw things I hadn’t noticed when I was writing it: echoes of the Robinson brothers’ influence run through the book like an underwater stream. There are strange inventions and contraptions in my story, drawn from my obsession with Heath Robinson’s comic work, and because my novel is about children’s books, it is packed full of descriptions of pictures and paintings, the influence of my great, great uncles’ stunning illustrations shining through.

I have been a full-time author for a year now. I’m currently deep in the edits of my second novel, and working on the premise for a third. One day, I would like to write a book about the brothers who set me on this path: their lives, their own influences, and the legacy they have left behind them, like a treasure trail of clues, just for me. 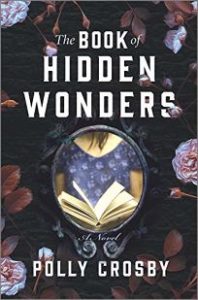 The Book of Secret Wonders by Polly Crosby is available now from Park Row Books.

Polly Crosby grew up on the Suffolk coast, and now lives deep in the Norfolk countryside. Last year, The Book of Hidden Wonders was awarded runner up in the Bridport Prize’s Peggy Chapman Andrews Award for a First Novel, and Polly also won Curtis Brown Creative’s Yesterday Scholarship, which enabled her to finish the novel. She currently holds the Annabel Abbs Scholarship at the University of East Anglia, where she is studying part time for an MA in Creative Writing whilst working on her second novel.

Are We Running Out of Monster Metaphors for the Disasters of the Real World? 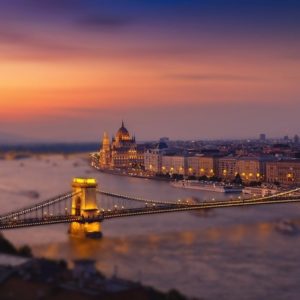 The doctor examining my heart didn’t rely on tests and modern imaging techniques. He wanted to hear its beat with his own ears....
© LitHub
Back to top
Loading Comments...