A Letter from Eileen Myles to Save East River Park

Is there any precedent in modern times for a city spending more than 2 billion dollars in order to destroy (in the name of climate change!) a large beloved public park?

Doesn’t a park deserve justice? Aren’t the 100,000 + people who use it every year, play on its ballfields, fish, stroll its esplanade, look up at the sky, entitled to clean air, green space and trees.

The ESCR (East Side Coastal Resiliency) plan is not flood control. It is not renovation or replacement of the park. It is not “saving lives.” It is EXTRACTION, it is a LAND GRAB. And ultimately because of the health crises it will provoke in the neighborhood it will KILL people. Yet the city tells us it is DESTROYING THE PARK IN ORDER TO SAVE IT. This is the LANGUAGE OF WAR. It is an act of violence against the people of this city.

EAST RIVER PARK IS RESILIENT. During Superstorm Sandy this park ABSORBED THE STORM WATERS, PROTECTED THE NEIGHBORHOOD and was open to the public in two days.

For 80 years the park’s one thousand trees have absorbed the carbon monoxide produced by FDR which runs between the river and the 170,000 people of the NYCHA housing and the surrounding neighborhood. East River Park has been the only place we can go during the pandemic. AND THE PANDEMIC IS NOT OVER. Yet the city frames the destruction of this park as a gift to the people.  It is paternalism of the worst sort, and a LIE.

After the planned extinction of East River Park the city wants to dump one million tons of landfill, toxifying the neighborhood even further. It will be an environmental disaster. They promise a new park (on top of a concrete levee) for the new kinds of people who will live here. This plan is not for us. And it will take ten years to build not the three to four they promise. We are New Yorkers so we know this to be a fact.

The earlier plan, funded by the city and HUD with community input, PROTECTED the neighborhood and BUILT ON THE RESILIENCY OF THE PARK but the Mayor’s office in 2018 inexplicably replaced it at the 11th hour—with a “newer, faster” plan developed in secrecy FOR TWICE THE COST that will annihilate the park instead.

WHO WILL PROFIT FROM THIS CHANGE OF PLANS?

Mayor DeBlasio is selling our park and our city to real estate. It’s that simple. He’s never seen a building he doesn’t like.

He thinks THE DESTRUCTION OF 60 ACRES OF BIODIVERSITY AND BRINGING HARM UPON THE PEOPLE WHO LIVE HERE and use this park will be THE GREAT ACHIEVEMENT OF HIS TERM OF OFFICE and very badly wants to execute this crime before he’s gone.

The larger media in New York has not bothered covering this assault on our health and this massive confiscation of public lands referring to it as a LOCAL issue. Likewise the installing of a big box store into the wetlands of Staten Island is LOCAL as is the development of Governor’s Island, the sudden emergency demolitions on Hart’s Island, the gleaming hi-rises planned for Chinatown, Gowanus and Elizabeth Garden, and the tall shadowy monolith de Blasio wants hovering over the Brooklyn Botanical Gardens against the wishes of all these local communities yeah yeah yeah it’s all LOCAL issues. But NEW YORK IS A COASTAL CITY AND THE LARGEST URBAN CENTER IN NORTH AMERICA.

THIS IS A GLOBAL ISSUE, that’s right.

Thousands have signed petitions, we have brought them to our electeds many of whom we address here and we were ignored, we have marched in the streets of this city we love. We stood at New York’s Municipal Building in protest in July when the contract to enact this devastation sat on Scott Stringer, NYC’s Comptroller’s desk. Mercifully he saw problems and he sent it back to the DDC. But then DeBlasio OVERRULED it! It must go ahead. We know the plan is PLUNDER, an ENVIRONMENTAL INJUSTICE, GREENWASHING ON AN EPIC SCALE. This is not democracy. This is not climate resiliency. It Is crass and vulgar development, an obliteration of the culture of the East Village and the Lower East Side.

CLIMATE RESILIENCY IS CRITICAL BUT THIS IS ONLY A SCAM. Our own city government is both orchestrating the murder of a public park and an enormous transfer of public funds to the private sector. Nobody in our city government has the courage or the interest to stop them. The state even our governor says IT’S NOT OUR BEAT. How how how is that true?

We are calling to each one of you because YOU CAN’T TAKE BACK A TRAGEDY. And this one has not happened yet. And it is not too late. We rise up now to stop this threat. WE rise to protect public space, community space, air and water, THE COMMONS.

The public land trust on this continent has been shamefully betrayed and abused time and again.

MANNAHATTA ISLAND WAS STOLEN from Lenapeyok. The violence proposed by East Side Coastal Resiliency project, which disturbs the area(s) of a 1643 massacre of Lenape people, is a continuation of ongoing and unacknowledged GENOCIDE; it is a violent erasure atop violent erasure and dispossession.

WE DEMAND AWARENESS AND LEADERSHIP now, we demand profound and epic vision and action, action big as OUR times. Unless these times can only be greedy and small and each must take their place in the collective ruination of the earth and our future. WE WANT THIS INTERVENTION. We call for these public lands, we call to them, we want historic East River park, all mile and half of it to remain abundant – open to us and for all the people and plants and insects and animals (we need them!!) to come. We want true resiliency meaning THIS PLAN MUST STOP DEAD IN ITS TRACKS and we want the State of New York and the federal government to conduct A COMPREHENSIVE ENVIRONMENTAL REVIEW in order to actually protect & sustain our neighborhood and park AND TO KILL NEITHER THE PARK NOR THE NEIGHBORHOOD. It is simple. It is all that we want. It is why we speak to you now. We are grateful to be here. 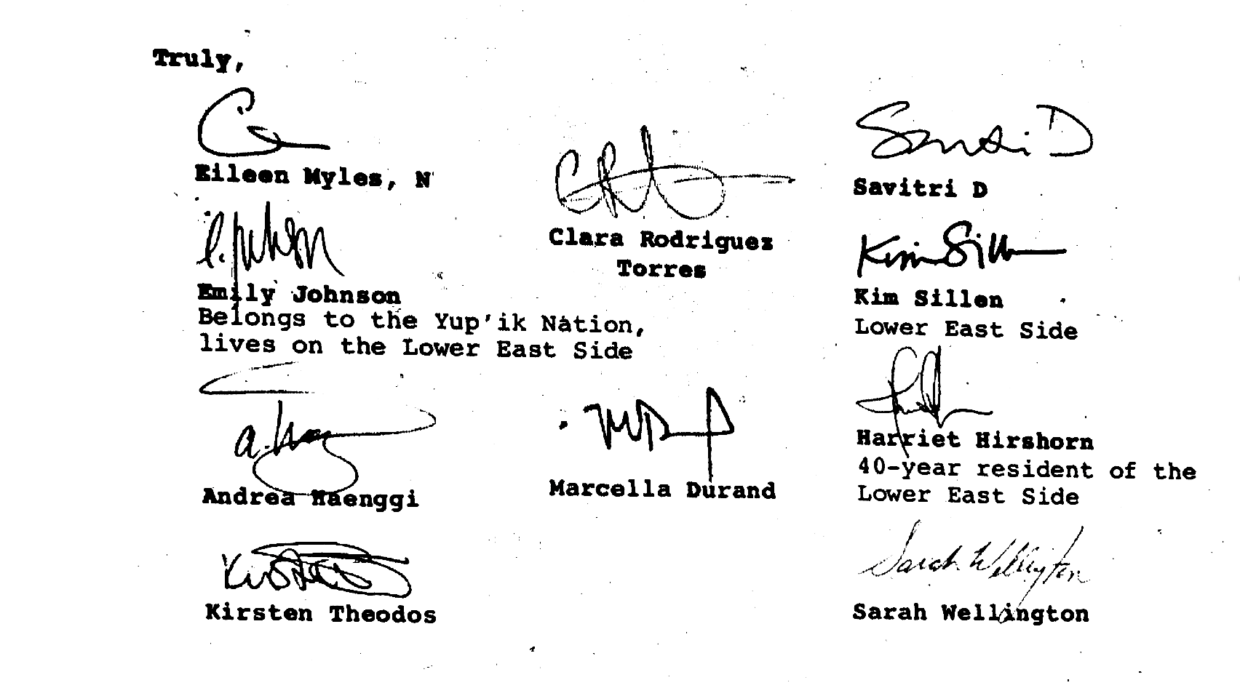 Eileen Myles is a featured participant in the 2022 PEN World Voices Festival events “Greening the Commons: Why Trees Matter” and “Closing the Night: An Evening of Forbidden Books.” For more information about the festival, which takes place May 11-14 in New York and Los Angeles, please visit worldvoices.pen.org.

Eileen Myles (they/them) came to New York from Boston in 1974 to be a poet. Their books include For Now, I Must Be Living Twice/new and selected poems, and Chelsea Girls. Pathetic Literature, which they edited, will be out from Grove in Fall 2022. Myles has received a Guggenheim Fellowship and in 2021 was elected a member of the American Academy of Arts & Letters. They live in New York and Marfa, TX.
Share:

Finally Some Good News: Why We Might All Be Altruistic Creatures

At the Women’s House of Detention, the Intersecting Influences of Black and Gay Liberation Movements 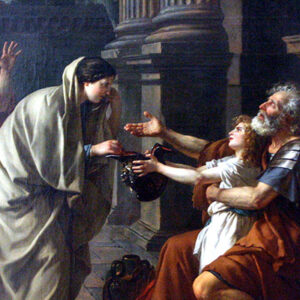 Finally Some Good News: Why We Might All Be Altruistic Creatures Hosted by Andrew Keen, Keen On features conversations with some of the world’s leading thinkers and writers about the economic,...
© LitHub
Back to top
Loading Comments...