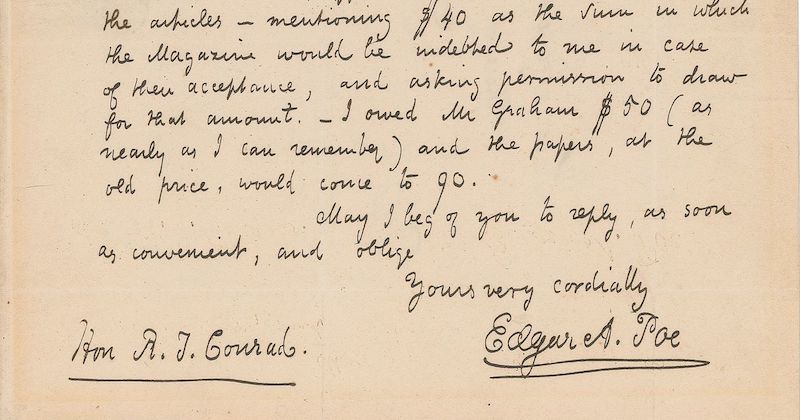 Oh, the Poe-like irony, a story to strike the freelancer’s heart like a lance.

The missive, noted as one of the highest quality Poe letters to-date, recently sold at an online auction for more than $125,000.

It was in Philadelphia that Poe produced some of his best-known work, including The Tell-Tale Heart, Murders in the Rue Morgue, and The Masque of the Red Death. Poe, who contributed to Conrad’s popular publication, Graham’s Magazine, wrote to the editor asking for $40.

“It is now a month since I wrote you about the two articles I left with you,” the author wrote, “but, as I have heard nothing from you, I can only suppose that my letter has not reached you—or, at all events, that, in the press of other business, you have forgotten it and me.”

Besides the obviously sad reality of Poe’s long-lasting poverty, you have to respect Poe for giving us a prototype of the completely polite but honestly really frantic follow-up email.