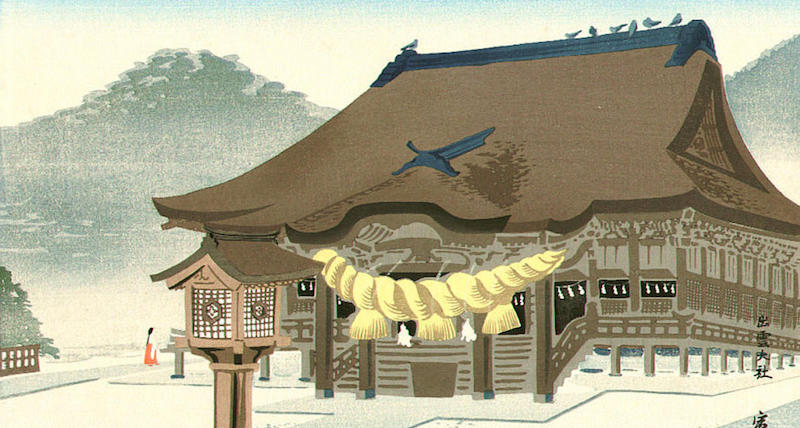 VIA UNIVERSITY OF WISCONSIN

If ever I needed the presence of the gods, now is the time.

I arrive at Izumo Taisha, the second-most-sacred shrine in Japan, in early October. According to legend, the sun goddess Amaterasu built the original shrine. In every other part of Japan, the tenth month of the year is known as kannazuki, the month without gods, because every October all eight million Shinto deities visit Izumo Taisha for kanari matsuri. The gods are now in residence.

I stand under the graceful wooden torii, marking the entrance to the shrine’s forested grounds, then, with my cane, maneuver down the Seki-no-Baba, an avenue of gnarled pines, leading to the shrine’s central compound.

I look up: hanging over the entrance to the Oracle Hall is the giant shimenawa, a traditional twist of straw rope. The sculpture of straw is immense: five thick twists clinging, with the assistance of six roped rings, to a large wooden rod the same color as the straw, which itself is attached by four thinner roped rings to a dark-brown wooden beam. Descending from the three largest twists are three cone-shaped bells.

I reach for one of the twists and ring the bell.

Ringing the shrine bell announces a visitor’s presence to the resident deity. The gods now know I am here.

Ever since my doctor told me what I did not want to hear, all I can think is: I don’t want to die.

I pull the rope and ring the bell again—this time louder, the echo reaching toward the honden, the inner shrine, directly behind the Oracle Hall.

I follow the sound of bronze reverberating through the air until it dissipates in front of a steep covered wooden staircase leading into the honden. The present structure, with its projecting gray wooden rafters shooting out of the roof, is in its 25th incarnation. Only half as high as its pre-Buddhist original, at 24 meters it is still the country’s tallest shrine. Entrance into the honden is allowed only during special ceremonies. Lafcadio Hearn, one of the first expatriate writers to live in Japan, lived only 33 kilometers away in Matsue. He was the first foreigner granted the privilege to enter the Honden.

I peer through the Eight-Legged East Gate, decorated with unpainted wooden carvings and bouquets of gohei, lightning-shaped white paper hung at Shinto shrines to ward off evil spirits, and look into the Holy of Holies Hall, where only the head priest can go.

I reach in my pocket for a particular coin. Two months ago, I found a penny in the hospital room where the man in the bed next to me died. Coins have taken on a larger meaning.

I close my eyes and pray for what I know might be possible: to see the best way through this, to find a way to live with the ever-present knowledge of death as my constant companion.

I bow and clap and throw the coin into the offering box.

I hear the coin rattle to the bottom of the box.

My prayers are urgent. The coin at the bottom of the wooden box could be my soul.

Disabled since birth, I first came to Japan to research disability in Japan. Now, my second stay in Japan, I am recovering from blood clots in my lungs and a surprising HIV diagnosis. Almost immediately after arriving in Tokyo, I fled the modern neon-lit city of Tokyo for Matsue, this small provincial city on the northwest corner of Honshu.

I have come to the place Lafcadio Hearn called the province of the gods: “The first of the noises of a Matsue day comes to the sleeper like a throbbing of a slow, enormous pulse exactly under his ear. It is a great soft, dull buffet of sound—like a heartbeat in its regularity, in its muffled depth, in the way it quakes up through one’s pillow so as to be felt rather than heard.”

Every morning since that day in Dr. Shay’s office, what throbs and pulses, what quakes up through my pillow, is the knowledge of what is unseen yet detectable flowing in my blood. It waits to attack my body.

Hearn fled Tokyo. He came to Matsue, where “survivals” of an undisturbed old Japan were plenty, to find kokoro, the heart of old Japan. Matsue was the before Hearn wanted.

The foundations of my identity—being gay, being Jewish, being disabled—were set in motion at birth. Ever since finding out the test results in Dr. Shay’s office, I have felt, for what seems like the first time, that my life has been split—now there is a before and an after.

Before taking another T-cell test, I have come to Matsue for a respite, one in which I might begin to find my own kokoro, a new beginning to my new life.

When Hearn first arrived in Matsue, he lived in the small Tomitaya Inn, on the Ohashigawa. I cross the modern, no longer wooden, Matsue Ohashi Bridge. Now, where the inn once stood, there is only a small stone commemorative monument.

In November 1890 Hearn and his wife, Setsuo, moved to a traditional samurai house on a “very quiet street behind the mouldering castle.” It was in front of this house that MM met Hearn’s great-grandson. He told me this when he gave me a copy of Kwaidan. It’s a beautiful place with a small area still reminiscent of old Japan, MM said.

Now preserved as Lafcadio Hearn’s Old Residence, the front view of the house has not changed since Hearn immortalized it in “In a Japanese Garden.” The day after I visit Izumo Taisha, I sit where Hearn once sat. In the tatami-matted reception room, I open the shoji on the south side of the room to take in the view of the garden: “Part of the O-Shiroyama, with the castle on its summit, half concealed by a park of pines, may be seen above the coping of the front wall, but only a part . . . The shape of a very pretty garden, or rather a series of garden spaces, which surround the dwelling on three sides,” compensates for what is blocked from view.  Hearn assures that “from a certain veranda angle” a viewer “can enjoy the sight of two gardens at once.”

Is there an angle from which to view my life as both before and after?

I get up and walk to the room that was used as both the dining room and Hearn’s bedroom. In his study, simply furnished with a writing desk and a chair near the veranda, there is no decoration. In these rooms, Hearn began work on two of his most famous books, Glimpses of Unfamiliar Japan and Kwaidan.

What is the book I most need to write?

The book about disability in Japan is the book I came to write. Now, with all that’s changed, it seems there’s another, more urgent book to write, a book where I am more subject than researcher. Is there a connection between the two?

Opening another shoji, I see the second garden with its lotus pond. Hearn delighted in watching every phase of the “marvelous growth” of the lotus plants, “from the first unrolling of the leaf to the fall of the last flower.” The Japanese garden, like Japan itself, is more a process than a result. And this process, despite its seemingly unceasing progress from a wooden bridge to a metal bridge, leaves a remnant, a memory, in its wake.

I go next door to the Memorial Museum. In the museum is Hearn’s favorite writing desk, taller than usual, specially designed so he could better use his one good eye. In a vitrine nearby, I find the telescope Hearn always kept at his desk to help him see as well as the magnifying glass he used when walking outside.

Would this idyllic quarter still remain if Hearn had not lived here?

In the small, well-preserved samurai district surrounding the Hearn residence, I eat warigo soba, the local noodle specialty. I once again think of MM—how we enjoyed eating noodles together, how when he first told me about Matsue, he said, Maybe I will go with you. I would like to return to Matsue. Though I know I will see MM in Tokyo, I mourn the occasion that never came to be.

That night at the ryokan, I hear the sound of drums outside. I look out the window across the train tracks. I see the canal but can’t see from where the sound comes.

Then, I remember the ryokan keeper told me local teenagers were practicing for the upcoming festival.

Before going to sleep, in my journal I write: “The sound of the festival drums reminds me that I need to find what pulses underneath the life I have returned to live in Japan. Remember these days when my health was fine and I visited the Lafcadio Hearn sites in Matsue and Izumo Taisha.” 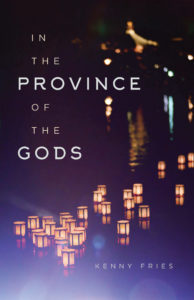 Kenny Fries is the author of, most recently, In the Province of the Gods, as well as Body, Remember: A Memoir and The History of My Shoes and the Evolution of Darwin's Theory. He teaches in the MFA in Creative Writing Program at Goddard College and is the recipient of a prestigious Creative Capital grant.

Chimamanda Ngozi Adichie on How to Write and How to Read 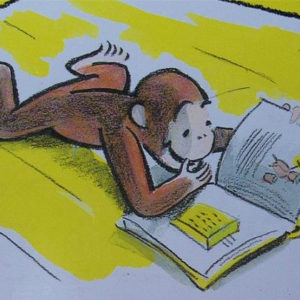