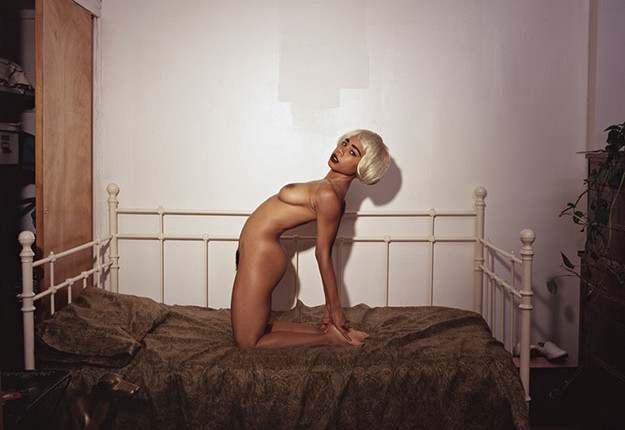 A HORIZON OF TRAIN YARDS

The poems of francine j. harris explore the spacing of the black female body. In doing so, they fundamentally reinvent and disrupt normative syntax word by word, line break by line break, until the staid movements of a reader’s eye surrender to language as fluidity. harris’s visual kinesis can be so intensely acrobatic and explosive, reading her makes me rethink just how and why for thousands of years we have linked poetry to the body. And yet I doubt her poems’ daring spacing can simply be performed in audible or composed fashion, whether for her or our breathing of these absolute texts. I marvel at how she intimates the eerie proximity of eros and violence, sensuality and trauma, anticipation and memory; perhaps a formulation only poetry can make into a shared experience so searingly convincing. Behold the awesome precipice of her abrupt breaks, where words and phrases sever, where lines are literally spaced open like the mouths, thighs and earth she obsessively describes. And yet none of this writing in its radical originality feels to me merely descriptive or recounted. To read her, I believe, we have to allow these brave poems to be, as Audre Lorde implies, felt firsthand. Poetry, now, as liberated body.

I carried a clit, in case.

in case it wasn’t rape.

in case the kiss was your lovely. in case, you suck a sore

bruise, too. in case you were steady. your hand was steady.

in case you could talk. I carried a clit, and a wrist in case –

in case I could rub away seam, and you could rinse hem, and we could

stand upright in tubs, muddy like ledge. in case you could

hear. me, in case I could pick up both feet

on command, and carry through beds, and

keep my hair out of houses, in

and out of houses. in case the rooms full of

leaves and nightstands where

the drink is sweet. and a schoolyard out the

window, and in case the flagpoles

were empty. in case I could hear

a punch in the thigh.

One punches thigh open, another

cover and dove. and white birch, and parchment, and white

and we were not winter. all dark and thick and full of mouth.

We were not wonder. all dark and thick. our mouths

got us kicked. you ask a princ-

iple, a counselor, the man in the room. our mouths

got us running, soup water from se-

got us full to black rim. to red blather, to-

ward trouble, a generous flight of stairs, our mouths

got us hissed ridiculous, you ask a sham-

an, his snake of women, his clavicle stick, our mouths

got us our bitter ass whipped, pick our own-

stomach is growling and he has the hiccups. The gist of today’s shoot is

girl-on-girl in sequins thong with stone edged stream full of guppies. all

different colors. Some guppies have fins. Some of them look stoned.

lipstick. This shot will involve a small waterfall. the sound of rushing water. There is

the pan out from a helicopter. Some of the grips help drop buckets of fish food.

or, maybe it’s boy-on-boy and all the boys have beards. not cubs or bears or hotbods. but

or maybe girl-on-boy, but then he washes her feet in the stream.

The director throws down his shotglass. It breaks. When the fuck

did everyone fall in love, he says. Fortunately, there’s no glass in the stream. There are minnows

under the bottom boy’s earlobes. The girl with the whip in a cupless bra

is brushing his wet chest hair, before it dries to a knot.

a horizon of train yards

widens the violet field between grinning street and woodpile

and steer clear. There is too much blank backdrop

under plane wings and unhitched semi cab junk. In the habit of traversable space

fenced-in blocks layer hard ground and stick. There is no shift. no

do little platelet. Whatever can grow, weeds soft. no yellow sprig. Each

How do boys ruin. How do they sway out in the stump rot, cinder block garden.

They are picking apart the full bloom of gray petal

planted since the longest day, the birth of steel.

It isn’t his fault

is it, the brown bag stuffed in him everywhere, his hair

a decibel of rail and tie, since the fullest crib, snatched engine

from the swirl of blue steam rising, neck-bottled

strewn to the rocks. I’ve said this before.

The switch renders that figure, and so I woman in it

get down on my belly and snake the ballast, like

the shingle of a train whistle. A slow rattle lull, the weight

once the leg I slog, falls from beat.

Now it hunkers horizon in flints. Tell them

it’s the rest of this life.

who would eat off that plate. Which of them would lick

his mouth of dinner parsley. Which would suck the rain from cleat

which would fill each other’s arms with all the testicles, all the prominence

with their inverted trapezoid hip. Couldn’t we reframe and take each other by waist

like heavy books, spines swapped. Each boy hefted, falling to either side.

air. The back of spine cools the black gravel. I am curved

like the switch. The scissor crossing each frog at night, hard

along a knobbed fence. Each hour is first like splinter, then burnt. Then

a hundred hands I take at the low gate.

I pore over each scalp and neck, licking for coal.

All of them move.

the bulkhead is rattling gold container. the piggyback

hunting ass in the air. If I were a man calling at the edge of a gondola

I would latch on. each tempo a knuckler. each tint

a container, each coupler. Who in our overheating did the boys want

against the livestock slats.

All this talk of hinge

the hump inherent. A slow bell moves through gantry

each time the gate arm lifts.

I am in the lake, in the center

of the picture, just under the surface

The stone would \sink

the heel, \ the stomach, sink

fill the pores and weighted tongue

pulley a salt mine. Eyes suck

and sponge/pull at the suds off backs of

shoulder to viperfish, and leaked into __seepage

flight, in the flailing arms, will overshadow the

swallowed light. In the last,

meets nothing at all. not

the blowfish. not the eels. certainly

not the jellyfish, whose rude lash and sting

is still no match.

francine j. harris is a 2015 NEA fellow whose first collection, allegiance, was a finalist for the 2013 Kate Tufts Discovery and PEN Open Book Award. Her second book, play dead, is out this spring from Alice James Books. Her work has appeared in Poetry, Boston Review, Rattle, Ninth Letter, and Ploughshares among others. Originally from Detroit, she is a Cave Canem fellow and Writer in Residence at Washington University in St. Louis.
Share:

Thomas Piketty: Why Save the Bankers?

Rob Spillman on Craving Danger and Writing the Past 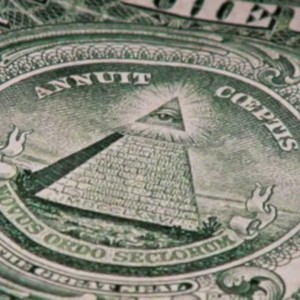 Thomas Piketty: Why Save the Bankers? After more than a year of rising financial turmoil beginning  in 2007, the crisis reached a climax on September 15th,  2008,...
© LitHub
Back to top