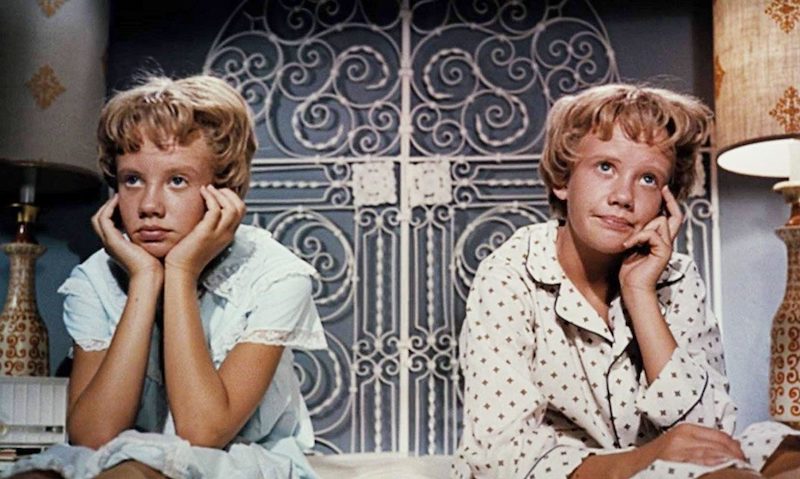 My family is rife with twins.

My great-grandfather was a twin, my mother was a twin, aunts, uncles, cousins, a nephew and a niece are all twins. And as I learned in 2013, this preponderance of twins is an occurrence not limited to my closest relatives.

That was the year I attended a Fisketjon family reunion in Bismarck, North Dakota, my hometown. Over a hundred descendants came to the event, among them contingents from Norway, Guam, and throughout the United States. I received an invitation because my grandmother (who gave birth to two sets of twins) was a Fisketjon. She immigrated to the United States from Norway, as did a good many other Fisketjons.

At a banquet on the final night, my cousin (whose father was a twin) stood up and asked the assemblage how many of them were twins or had twins in their immediate families. So many raised their hands—many more than the statistical average birth rate for twins. A rush of twin stories followed, most of them humorous and one or two heartbreaking. As you would expect, many of the anecdotes featured mistaken identities, even though, as genetics decrees, most of the sets of twins were fraternal.

But of course, twins needn’t be identical to cause confusion. I remember as a child listening to my mother and her twin sister visiting in another room. I couldn’t tell who was talking, and when the conversation became a heated argument, I couldn’t tell whose position was whose.

Was it at the Fisketjon reunion when I decided I would do something more with twinship in my fiction? It might have been. In previous novels and stories, I’d often included twins, but mostly those characters had simply been a way to pay homage to my clan. Twins as primary characters, I thought, would allow me to explore a theme that had always interested me: uncertainty about identity. I began to work on a novel whose working title was Edie and the Linderman Twins, and as originally conceived, the story featured twin brothers who were in love with the same woman.

Twins as primary characters, I thought, would allow me to explore a theme that had always interested me: uncertainty about identity.

But something happened in the writing that I hadn’t expected. It was not the twins, but Edie, the woman they loved, who came to dominate the story, largely because she was the one who embodied the theme of confused identity. The confusion, however, was not in how Edie saw herself—or how she saw the Linderman twins—but in how others saw her. Pragmatic and unpretentious, she was a woman with a realistic sense of self. But she was also beautiful, and beauty often blinds people to qualities of heart and mind that can be every bit as rare as beauty.

Edie possessed, for example, both physical and emotional strength when she was the only person who could rescue her brother-in-law after a horrific highway accident. When Edie saw her young husband obsessively pursue a doomed attempt to salvage his pride—and impress her in the process— her patience and understanding were strained to their limits. She struggled to keep her frustration from turning into anger when her husband’s sexual desire diminished—and his brother’s longing for her became almost uncontrollable. When a man she once loved was dying of cancer, she was willing to disrupt and dislocate her settled middle-class existence just to pay him a final visit. A very different test of her loyalty came when she had to choose between returning to an abusive, possessive husband or abandoning her teenage daughter. And many years later, Edie placed her own life in jeopardy in order to save her granddaughter from a pair of dangerous, predatory young men.

Many of the tests—and revelations—of Edie’s strength, courage, loyalty, and intelligence occurred during a series of road trips. Those urgent, often harrowing journeys, undertaken at 20-year intervals and each with unnerving parallels to the others, became the basis for the novel’s structure, a novel that had come to focus on the stages of Edie’s life, from the time she was a young wife to being a grandmother. Hence the novel’s final title, The Lives of Edie Pritchard: the story of a woman who often found that others, men usually but not exclusively, had projected on her an identity that suited their needs rather than hers.

For most of her years, Edie lived in Gladstone, Montana, the small town where she was born and grew up. People there knew her, or believed they did. Edie Pritchard . . . Was it her dad who died when she was just a girl? About as pretty and popular as any gal at Gladstone High . . . but what was it she did on graduation night? She worked at the bank, didn’t she? And wasn’t she married to one of the Linderman twins? But was it Dean or Roy? I could never keep those two straight . . .

Perhaps it was this that drew me to Edie’s character most of all: through her many lives, despite others’ attempts to define her, she was sure of who she was. I hope you recognize her. 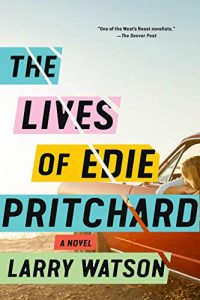 The Lives of Edie Pritchard by Larry Watson is available now from Algonquin Books, an imprint of Workman.

Raised in Bismarck, North Dakota, Larry Watson is the author of ten critically acclaimed books, including the bestselling Montana 1948. His fiction has been published internationally and has received numerous prizes and awards. His essays and book reviews have appeared in the Los Angeles Times, the Washington Post, the Chicago Sun-Times, the Milwaukee Journal Sentinel, and other periodicals. He and his wife live in Kenosha, Wisconsin. A film adaptation of Watson’s novel Let Him Go is currently in production with Kevin Costner and Diane Lane and due to release in 2020. 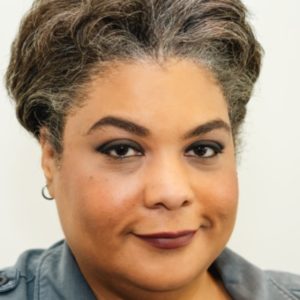