From The New Yorker's Poems of the Year

Yesterday, The New Yorker published their Year in Poems, a collection of excerpts from some of (I presume) the editors’ favorite poems that the magazine ran this year. There is some wonderful work there, including poems by a few of my own personal favorites: Kevin Young, Analicia Sotelo, Rita Dove, Terrance Hayes, and—queen of my heart—Lucie Brock-Broido.

As I read through the excerpts, I was struck by how aptly they did, in fact, reflect the year—and how even reading through their first lines gave me a sense of the violence, despair, uncertainty and absurdism that was 2016. So I, though admittedly no poet, have made a poem about 2016, constructed entirely out of (most of) the first lines of The New Yorker‘s favorite poems of the year.

Been hit with a few shells.
Yet how to kill
The world today
If a friend calls out to you late at night from beneath your window
next, spin on one foot          the movement should be sexless     bad at love

You hear the high-pitched yowls of strays
100% human hair, natural; Yaki synthetic, Brazilian blend,
“Consequence” is the word that splintered my mind.
God said, your name is mud
It so happened he was just then taking note
after his mother called via Facetime

So citizens munched off paper plates, with dirty fingers. It had a beautifully primitive feel—
How tall was Jesus in bare feet;
We have to give
Say yes

I wasn’t paying attention: I was watching the thing
But that dam, I had to tell you. I broke it open stone by stone. 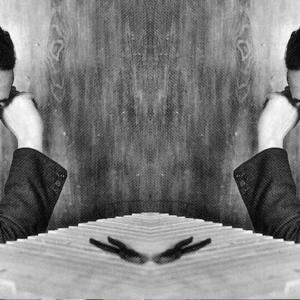 A stranger thing actually happened: on Trump, the Reagan Years, and the dangers of TV nostalgia. | Literary Hub ...
© LitHub
Back to top