A Fist or a Heart 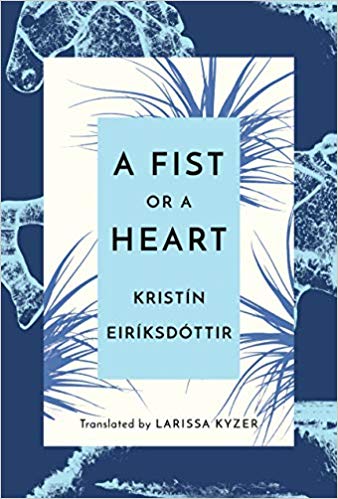 The following is excerpted from the novel, A Fist or a Heart which is Kristín Eiríksdóttir's English-language debut, translated by Larissa Kyzer. Eiríksdóttir is an award-winning novelist, short story writer, poet, and playwright from Reykjavík, Iceland. Her short fiction has appeared in Best European Fiction 2011, and A Fist or a Heart won the Icelandic Literary Prize 2017 as well as the Icelandic Women's Literature Prize 2017. Kyzer is an Icelandic to English literary translator, writer, and editorial professional.

I met her the day after the boxes were found. Which is so typical of this whole story that it all flows together in my mind. Ellen flows up out of and down into the boxes—lost, found, stolen cardboard boxes.

Not long before, whiteflies had shown up, yet again. I’d already tried all sorts of things—vinegar, dishwashing liquid. All that stuff. Separated the plants, sprayed them, dried them out. The flies always came back until at last, I gave up and threw the plants out.

It was rough. They were all from people I cared about, most of whom were dead. I’m not saying, mind you, that I was devastated, or that I’d cried. But it was very trying all the same.

A week later, something happened that I also associate with Ellen Álfsdóttir and the three boxes:

I was messing around with the cords behind the television—an old tube TV connected to an antenna, the old-fashioned way—when I closed my hand around a living thing. In a matter of speaking, cords are, of course, living things. Or anyway, the electricity that travels through them isn’t dead, but the thing I was touching was different. It was organic. I was stooped over a dark corner and felt its vital signs and tugged.

It was a plant. Not one of the plants I’d thrown out. It was unlike any plant I’d seen before, in the sense that it had no roots, no bottom. A perfectly self-sustaining tangle that drew breath. Like some David Attenborough program had taken a shit behind the television.

Some types grow flowers, I read, and indeed, I saw signs of this on my plant. A minuscule pink bud in one spot.

Logical readers might imagine that some friend of mine must have wanted to have a bit of fun and surprise me with this fanciful gift, which gives me the chance to insert something important, namely:

I don’t have any friends. Not a single one.

No one’s crazy. I mean what I say. There are so many sides to reality that, in the best-case scenario, it’s cubistic. Worst-case scenario, predictable. Never flat. A week later, the real estate agent called and told me that they’d found a cold little storage room in my grandma’s old house that wasn’t on any of the blueprints, and that in it, there were three boxes with my name on them.

It was odd. I had never considered what had become of my belongings from my childhood and teenage years. It was like I assumed they’d just vanished of their own volition. Some things I’d thrown out; other things were lost. The rest had maybe gotten mixed in with someone else’s stuff, or had left home, like me.

But there were three boxes, said the real estate agent. Boxes that someone must have specially sorted.

All the worldly belongings I’d left behind in my bedroom all those years ago.

In addition to those three boxes, there were a few boxes of books in the storage room, a pile of tablecloths and embroidery, broken audio equipment, dust, mouse droppings, and spiderwebs.

I’d tried to avoid everything concerning that apartment—just hired a property manager and paid the bills—and now it was empty, spotlessly white with a gleaming floor, and pictures of it had run in the newspaper’s real estate pages. Everything was ready when this storage unit in the basement came to light.

No one’s crazy. I mean what I say. There are so many sides to reality that, in the best-case scenario, it’s cubistic.

I don’t even have a broom, I apologized after we’d stacked the boxes in the back seat of my car. The real estate agent waved that away, said she’d take care of it. She was on edge. As if she were selling her first property or wasn’t a real estate agent at all. Young and fast-talking, as if she were performing the idea of a man.

Thank you, I said, leaving her with the spiderwebs and mouse droppings. I asked her to take the embroidery to the local charity shop, and I knew very well that I was belittling her, but that was okay, wasn’t it?

Maybe I even enjoyed it a little. We all have our quirks.

Back at home, Ellen’s script was waiting for me, unread. The script for the play that would be staged in the fall. Rumor had it that it was completely finished, that its construction was perfect, and that if the director tried to change so much as a comma, the whole thing would go to pieces. By all accounts, its characterization was unprecedentedly vivid, its style exceptional.

I flipped straight to the character descriptions and squinted at the page:

A splotch of bandages, some of them sodden. Yet nothing is wrong.

It had been a long time since I’d gone near a theater. When I was younger, I sometimes worked in the prop department for short periods of time, but for the last thirty years, I’d really only worked in film and television.

Hreiðar, the director who was going to stage the young genius’ play, had mostly made movies, even though like me, he’d gotten his start in the theater. I’d worked with him often. Now he was middle-aged and had been known as the Next Big Thing for the past 20 years. Which is to say that the theater had the idea to bring him in for this play, and he was probably desperate. Wanted to have a hit—a shark in formaldehyde—something that freed him of people’s expectations and guaranteed him some security.

When he’d called and asked if I had time, my first reaction was to say no. Mainly because I’d become so consumed with close-ups, minutia, perfection. With materials that were like skin. With nuances. With this kind of hyperdelicacy. The degree of concentration that this precision demanded was addictive. In the theater, everyone could care less about that. Movements needed to be large enough that the people in the very back could see them, as did the costumes. The props badly painted Styrofoam and particle board, if I recalled correctly.

Just read the script, said Hreiðar. You’re going to love the descriptions. It’s perfect for a modernist like you—we’ve just got to have you on the team. You’re gonna love it.

I promise, he said, and I was going to say goodbye when he dropped the young genius’s name. Ellen Álfsdóttir, he said.

Yes, that’s right, he said. Quite a selling point. We’ve got the big stage, plenty of money—that’s why I’m calling you.

Is the first read-through this coming Monday?

The world hungered for young geniuses.

Do you want to join us? he asked, clearly unprepared for me to say yes. The first reading’s on Monday, he then hurried to say. Naturally, you don’t have to come to the rehearsal unless you want to . . . but of course you’re very welcome.

Send me the play, I said, and in almost the same moment, I received a new email. I printed the script right away, but since then, it had wandered, unread, between the kitchen table and the living room couch.

I was overcome with the fatigue particular to the short days of winter and got to my feet, went into the living room. Everything was a mess. My work room was constantly eating up square footage in the house. There were many pounds of clay underneath a thick plastic sheet on the dining table. Curving up out of the middle of the clay and sticking through a hole cut in the plastic was a horn that I was shaping. The horn was supposed to look like a rhinoceros horn that played a big part in a movie that was to be shot over the summer, but the director didn’t want to use a real horn, for political reasons.

The world hungered for young geniuses. I’d watched a few of them meet with success and then disappear altogether, or else fall in line with other unexciting working bards. As a rule, it wasn’t their genius that captivated people, but rather just their freshness and youth. Their skin, not their talent. The hope for something new draped like an invisible cloak over the stale old lore that men had gone on reciting, over and over and over.

Ellen’s father, Álfur Finnsson, had also been the Next Big Thing in his time, and later, a distinguished author. He died many years ago. He was a playwright, among other things, and I’d actually worked on a few of his productions. Gotten to know him a little.

Back around 1980, I built a mountain out of sod that was blown up during every performance as soon as the curtain was raised, night after night. The duration of his life was as tragic and dramatic as his writings. Not least the end of it, and Ellen was only maybe two years old then.

My interest in her play undoubtedly stemmed from this as well. A lot had been written about Álfur Finnsson and his work, but very little was actually known about his final years. About the young woman with whom he had a daughter, Ellen.

He was five or so years older than me, and I remember all too well the hubbub that his first book generated. Later, when I’d started to work a little at the theater, and we met, I was rather intrigued by him. Not so much that I wanted to get to know him, though, and I never admired him. But it isn’t often that you meet people who have such an easy time of manipulating their surroundings and filling them with salacious stories.

I followed the gossip about him, listened from a distance. It was like every other soap opera, of course, and how was any of that my business?

Until I accidentally got mixed up in the most salacious story of them all.

I found my reading glasses next to the TV remote and then went back into the kitchen and sat down to read again, but I couldn’t stay focused. When I’d looked up rhinos online a few days earlier, countless close-ups of wounds had come up and ever since, I hadn’t been able to stop thinking about this act: ripping a horn off a rhino’s face.

Afterward, the horns were sold on the black market.

No, I had to finish the horn. Then I could read the girl’s masterpiece. I wrapped my work shirt around me and turned on the radio, sat down at the table, and carved very fine lines into the clay with a bristly wire brush.

On the Rare Decency of
Susan Kamil 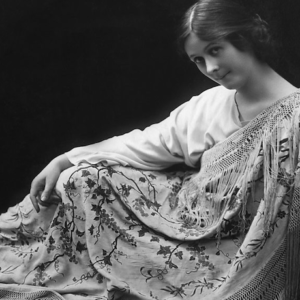 Lit Hub Weekly: September 9 - 13, 2019 “We have no conviction that this is the right point of view from which to criticise the political situation at the present...
© LitHub
Back to top