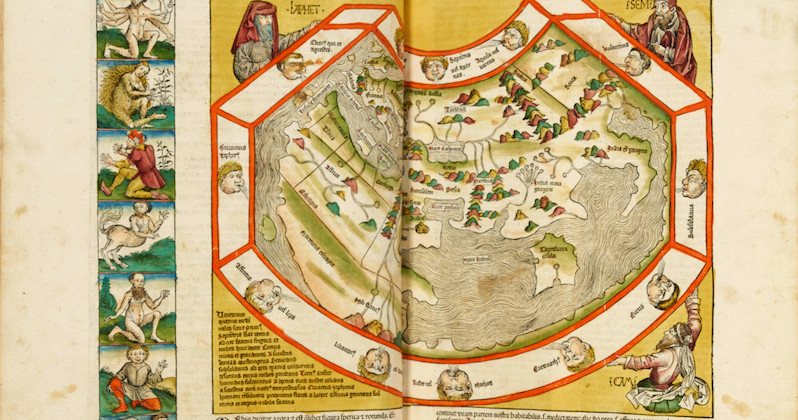 A first edition of the Nuremberg Chronicle is expected to sell for $300,000.

On December 11, Bonham’s is hosting a Fine Books and Manuscripts auction featuring an extremely rare first edition of the Nuremberg Chronicle, hand-colored and still in its original binding.

The survival of this copy is particularly surprising. When this illustrated encyclopedia of the world was first published, moveable type had only been in existence for 40 years; only around 1400 copies were made, and only 400 of these copies are believed to still exist. And this is a particularly rare version, given its colorful illustrations; said Ian Ehling, the Bonhams Director of Fine Books in New York, to the Observer, “[Anton Koberger] commercially issued an uncolored copy that was more affordable, and then he would really go to town and issue a color copy. This is one of the rare versions of the book that is in contemporary coloring.”