A film scholar uncovered the oldest footage from a Black film company at the Library of Congress.

It started when Cara Caddoo, a film scholar, noticed that a few moments in a century-old film didn’t look quite right. Her questions grew into a major discovery, announced this week by the Library of Congress: that the oldest surviving footage from a Black film company had been there, in the library’s collection, for decades, unacknowledged until now.

The clip was located within a four-minute fragment of another film: “By Right of Birth” (1921), the last feature by the Lincoln Motion Picture Company, a critical nexus of Black film artists that produced five films in the early 20th century. Almost all of those films have been lost.

Caddoo, associate professor of cinema and media studies at Indiana University in Bloomington, chronicled how she made that determination with the assistance of Allyson Nadia Field, associate professor of cinema and media studies at the University of Chicago, on the Library of Congress’ website. Within the “By Right of Birth” clip, Caddoo wrote, a brief shot of actor Noble Johnson raised a series of questions that led her to believe that “almost everything in the scene in which Noble appears pointed to a different film: ‘The Trooper of Troop K,’ Lincoln’s second feature produced in 1916.” 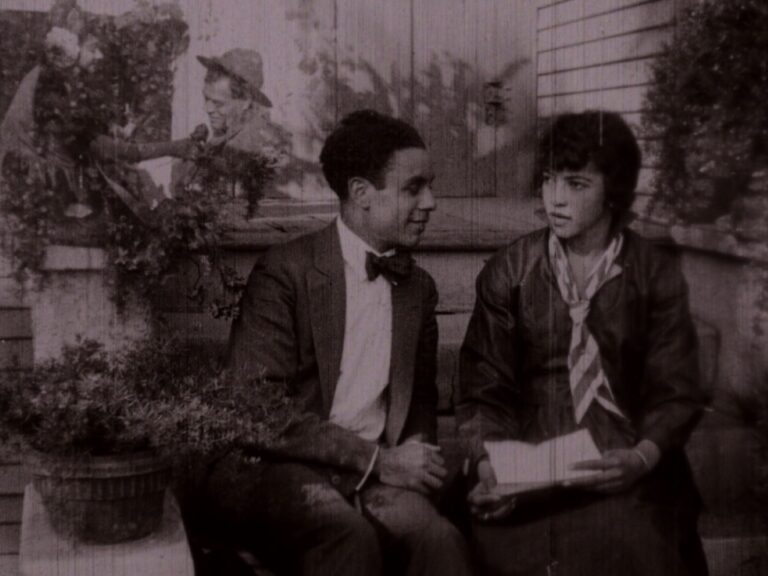 Image from “The Trooper of Troop K.” Via Library of Congress/public domain

Caddoo described the enthusiastic audience response to “The Trooper of Troop K” when it came out in 1916:

When “Trooper of Troop K” screened in Black and white theaters across the country, audiences thrilled at its action-packed battle scenes and its charismatic star; as one African American newspaper noted, “Mr. Johnson resides in Los Angeles, is unmarried, and quite an athlete, standing six feet one in height, weighing 205 pounds, and is an expert boxer, runner, and horseman.” The film, which proved the most popular of all of the Lincoln’s productions, brought out the “largest attendance” of the year at the Tuskegee Institute’s Chapel in Alabama, and was deemed “the best picture ever produced by a Negro company with an all-star Negro cast,” by the “St. Louis Argus.” At a screening in Marshall, Texas, the audience spontaneously broke out in song during the film’s battle scene.

You can read the rest of her account of the amazing discovery here.