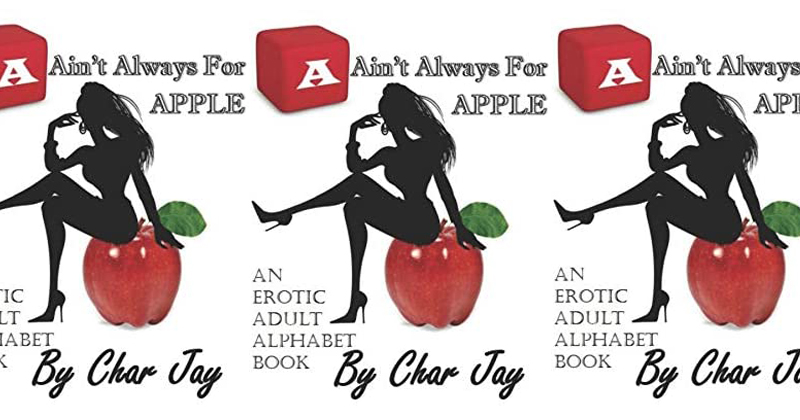 “According to a study conducted in late 2018 by the U.S. Department of Education and the National Institute of Literacy, 32 million adults in the U.S. can’t read,” the book’s description on Amazon points out. “That’s 14 percent of the population. 21 percent of adults in the U.S. read below a 5th grade level, and 19 percent of high school graduates can’t read. Other research has shown that these numbers are higher among African Americans and even higher among African American men, age 55 and older. There is no shame in not knowing how to read. The shame comes from not doing anything about it. Even if you can read, there is no shame in enjoying this erotic alphabet book.”

Indeed not! Actually, it’s kind of brilliant. Like any ABC, the books include words along with illustrations, and Jay breaks down some of the larger words phonetically for the interested reader.

“Someone did ask me, ‘Well, would you want your grandson or your son, and they were 17 or 18, to read this?’” Jay told Metro Times. “If he was having sex and he didn’t know how to read, and he was doing the things that are in this book—absolutely!”