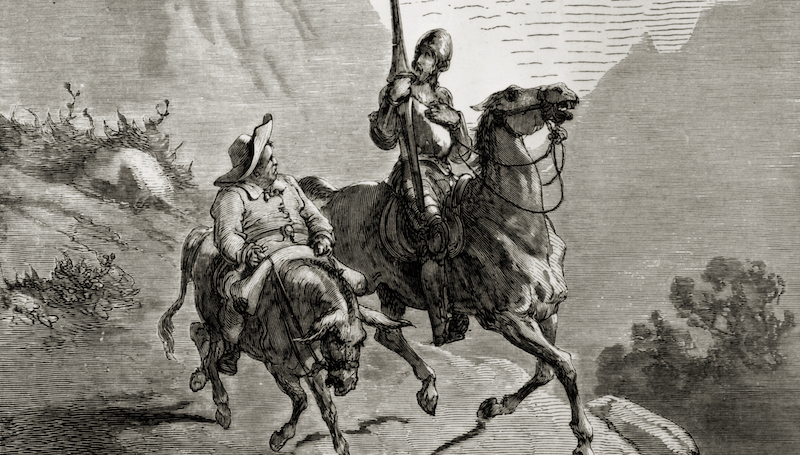 A decades-old Sanskrit translation of Don Quixote has been rediscovered.

This week, a new dual English and Sanskrit edition of Miguel de Cervantes’ Don Quixote will be presented at the Instituto Cervantes in Delhi, after the original translation languished untouched for almost sixty years in a Harvard University library.

The translation had been part of a trove of items given to the university after the 1955 death of businessman and book collector Carl Tilden Keller, who had commissioned the translation in 1935. “I am frank enough to admit that while I recognize the childishness of this desire of mine I am still extremely interested in having it carried out,” he wrote to his friend, Sir Marc Aurel Stein, who would help him find the right scholars for the job.

Eight chapters of the translation were completed by Sanskrit scholars Nityanand Shastri and Jagaddhar Zadoo, working from the 18th-century English translation by Charles Jarvis, and Keller was satisfied. But after his death, the project was forgotten, until Dr. Dragomir Dimitrov stumbled upon an article about it by Shastri’s grandson and dug it up. The dual language edition, edited by Dimitrov, was published in 2019.

“A manuscript is a very fragile thing, especially if no one knows that it exists,” Óscar Pujol, the director of the Instituto Cervantes in Delhi told The Guardian. “What we have here it the world’s first modern novel—one of the most read and published books in the world—rendered into one of the oldest languages in the world. I can’t explain what it means to have this translation.”