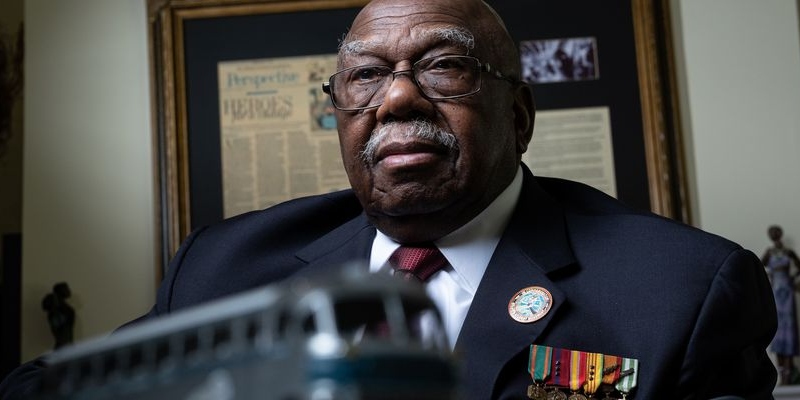 In this week’s episode, Julie and Eve talk with Charles Person, the youngest and only surviving member of the original Freedom Riders. In May of 1961, 13 men and women in Washington, D.C. boarded two public buses headed for New Orleans, to test whether states across the South were abiding by the Supreme Court’s recent decision forbidding segregation in bus depots, waiting areas, restaurants, and restrooms. Charles was only 18 at the time. Now, six decades later, he recounts the day his fight for racial equity and justice nearly cost him and his fellow Riders their lives.

The author of the recently released Buses Are a Comin’: Memoir of a Freedom Rider, Charles tells Eve and Julie how his early experiences with systemic racism led him to become active in the civil rights movement and get on board the bus. Charles also gives vivid and vital oral testimony about the murderous attacks on the Freedom Riders by Klansmen and other white supremacists in Alabama. Those Freedom Riders included some of the leaders of the Civil Rights Movement: Congressman John Lewis, Congress of Racial Equality (CORE) Director James Farmer, CORE Field Secretary Genevieve Hughes, Reverend Benjamin Elting Cox, and writer and pacifist James Peck.

Julie: The most harrowing part of [the] journey came in Alabama. Would you please describe for us what happened to you and your fellow riders there?

Charles: Well, actually, it started when we got to the Georgia-Alabama border. A man was getting off the bus, and he says to me, “You’ve had it good here in Georgia, but you’re in Alabama now.” But he was getting off the bus, so I wasn’t worried. He’s just making idle threats. But little did I know, in a couple of hours, I would see him again in Birmingham. But we get into Alabama proper, we get into the little town of Anniston.

Now, this is Mother’s Day, and the bus station was closed, which was very odd. There were people milling around outside the station along with the policemen. So our bus driver, he gets off and he talks to the people. He gets back on the bus and he says, “I understand the Greyhound bus has been set on fire, and they’re carrying the occupants to the hospital by the carloads.” We realized that our friends were on that bus, but not being able to communicate, we didn’t know how bad or if they were injured or the extent of their injuries. So that really gave us a lot of concern. So, our bus driver, he gets back off and he talks to the men some more, and he gets back and he said until the Blacks get to the back of the bus, he wasn’t going to move the bus. Well, at that point, we refused to move, of course.

Charles Person was born and raised in Atlanta, Georgia, and attended Morehouse College. As a freshman he participated in lunch counter sit-ins in Georgia, for which he received a sixteen-day jail sentence, including ten days in solitary confinement. After the Freedom Ride, Charles joined the Marines and served twenty years, including nine months in Vietnam. Today, Charles lives in Atlanta, where he’s a sought-after public speaker.

Ned Johnson and William R. Stixrud on How to Talk to Teenagers 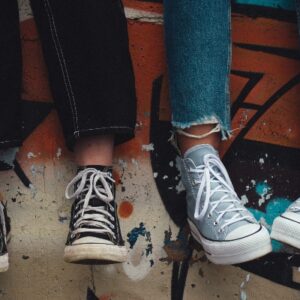 Ned Johnson and William R. Stixrud on How to Talk to Teenagers