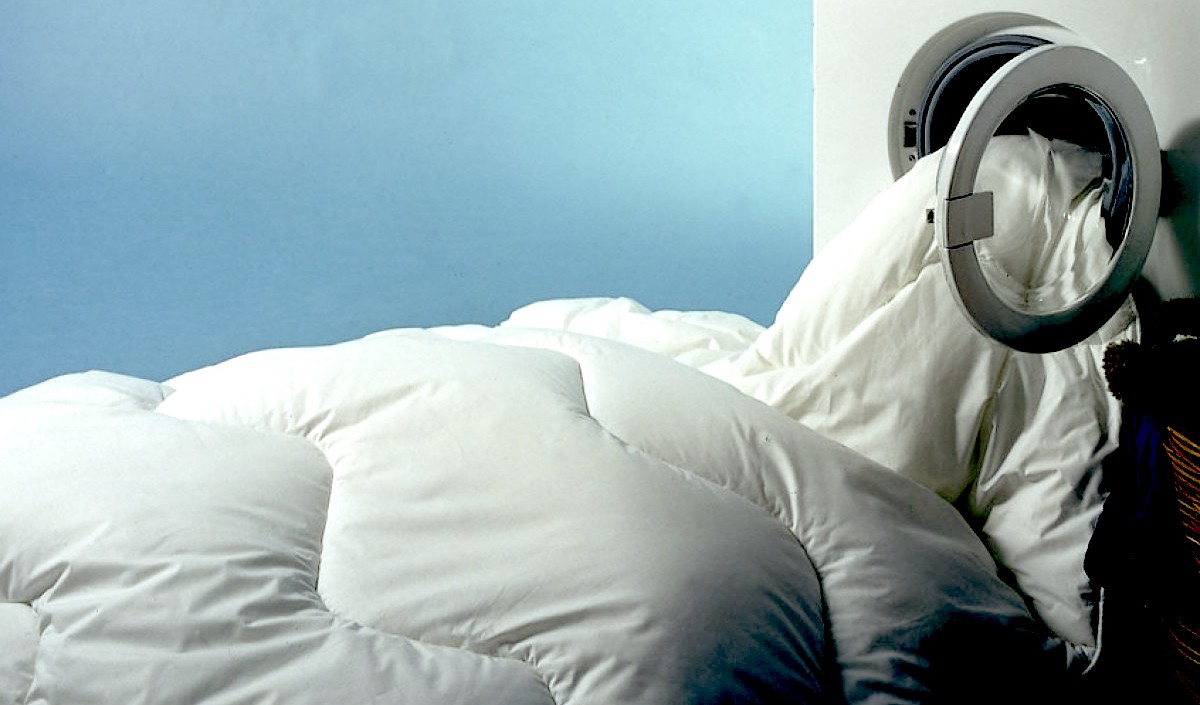 Sara Schaff’s The Invention of Love (Split/Lip Press, 2020) pulls together crisply-drawn women protagonists across 14 stories that pulse with longing. Her characters are trying to navigate impossible choices with dignity and to achieve what they hoped for themselves against ludicrous odds. She and I discussed her stories and how vividly they resonate in the present moment.

Amanda Uhle: We’re in an undulating, multi-layered crisis in the US right now, and as we write this, one of the foremost crises is the intersection of our underfunded public school system and our rarely examined look at the unpaid labor women provide via childcare and other home duties. It feels, to me, like we are finally talking about at least those two enormous problems we should have talked about some time ago and also that there are no satisfactory answers or good choices for educators or parents or anyone. How are you navigating these choices, which are so similar to the choices resonating throughout The Invention of Love?

Sara Schaff: Oh wow, YES. The coronavirus has exposed the total fragility of the entire American system. It’s like we’ve been walking on this collapsing bridge and only just looked down and noticed how close we’re getting to falling on the rocks below. Of course, many people have been screaming for years to fix the damn bridge.

For some of my characters, the choices they make are absolutely of their own making, other times they’re prescribed by the limitations of their financial resources and the people with more power than them.

Right now we have fewer choices than obligations. Our primary obligation is to simply hold it together for ourselves and our kids and our neighbors. To wear our masks when we go out. To be constantly locating the hand sanitizer. To reassure our children that it will be okay, even when it doesn’t feel like it will.

If I could, I would take the year off from my job so I didn’t have to balance my child’s well-being and the well-being of my students. But that’s not an option, especially since my husband’s academic contract has not been renewed. So we might homeschool our daughter, an idea I would not have even considered two months ago. But is sending her back into a classroom where teachers and staff are being forced to return and risk their lives a choice? Is it a choice to have her continue the remote learning that often brought her (and me) to tears this spring? We won’t send her to daycare; coronavirus cases are slowly on the rise again in our region due to some recent large gatherings. And we live in a town we only moved to a year ago, so we don’t know enough people to form one of those sci-fi-sounding pandemic pods people are talking about.

When I was younger, I developed several coping mechanisms for waiting out bad times. One of them was simply marking time on my calendar and felt a bit like holding my breath and trying to imagine a time when I could safely release it. I guess that’s just another way of saying I made myself go numb. I don’t want to be numb. So that’s the trick right now: to proceed over the collapsing bridge while trying to rebuild the bridge, while allowing myself to feel all the rage and terror and hope that entails.

AU: In your collection of stories, the women protagonists all occupy different narratives but they have one powerful thing in common: they’re confronting expectations they had for themselves. What are your stories saying about how women view ourselves? Do we expect too much? Too little?

SS: A character in “Everyone Gets It” believes that everyone gets their deepest wishes eventually, even if they don’t realize it. It’s a vaguely threatening version of a popular philosophy that has arrived in different packages over the years—”creative visualization” and “The Secret,” to name two versions—which basically says we have the power to manifest our goals when we visualize, meditate on, or write down those goals. “Having it all” is another version, specifically designed for women.

For everyone, and especially for women, I think the idea can provide hope, an illusion of control, and also be truly damaging. If things aren’t working out the way we want them to, then it can seem like it’s our fault for not dreaming hard and big enough.

I’m frankly pretty worn out from chasing my goals. I am very lucky to get to teach creative writing to awesome undergraduates—to have a job at all right now. Still, to find a “stable” job in academia has taken years, and right now nothing about higher ed looks stable. On my bad days, I wonder if it’s been worth uprooting my family so often, and for very little money or certainty.

Perhaps the answer to what we expect is too much and too little. Of ourselves, we expect to have everything figured out and in place by a certain age. And yet we expect too little from our government and employers and communities. American capitalism thrives on the myth of individualism—of some form of “The Secret” or other—because it keeps us from questioning why we get so little support from our government or our places of employment—for creativity, for our health, for childcare, and for justice.

AU: This book was written before most of us could fathom a global pandemic like the one we’re in now. Yet, as a woman and a parent who is trying to work in 2020, somewhat often I am finding myself in that kind of fluttering despair I see in your characters. It’s a combination of what exactly should I be doing? and how can I possibly achieve that? How do you see these stories keying in to the emotional landscape people are inhabiting right now?

SS: We’re in a true state of emergency: a public health crisis that includes the multiple pandemics of the coronavirus, systemic racism, and abject neglect of healthcare, education, and affordable housing. Times of crises are opportunities to make systemic changes. Will we have the fortitude to do so?

AU: How does a story begin for you?

SS: Sometimes a story begins with two characters in a room together, with a hovering tension I want to tease out. “Everyone Gets It” started as a conversation between Cici, the character who believes everyone gets what they want, and the narrator, a skeptic, in their open-plan office at a digital advertising agency. All I knew was that the narrator wanted to avoid Cici but also couldn’t stop thinking about what she was saying. It took the 2016 election for me to figure out the rest.

Some stories begin with a memory. And sometimes with an emotion. “The End of the Workshop” and “The Man Running the Hiring Committee” are both rooted in a feeling of bottled up rage at the systems designed to keep the lives of women and people of color small and controlled.

AU: When you’re writing stories like these, for a collection that’s not linked in any formal narrative way, how conscious are you of connecting them so they fit as a whole? There are emotional throughlines but not with events, not with characters. I imagine it’s challenging to both join the stories somehow and also delineate them, to avoid repetition.

SS: For a long time, I was not writing these stories with another book in mind. I was just writing when I could, between grading, parenting, and job applications. But after writing the title story, I felt a thematic and emotional throughline in the work—women inventing themselves—inventing opportunities and futures—while facing past versions of themselves and their desires.

Understandably, publishers like to have a logline to describe a collection, or to be able say a collection is, in fact, a novel. And I love linked collections like Elizabeth Strout’s Olive Kitteridge. But while my first book of stories did have recurring characters, I don’t tend to write stories that way, and I enjoy reading collections that hang together simply because a wonderful writer wrote them: Danielle Evans’ Before You Suffocate Your Own Fool Self, for example, or Emily Fridlund’s Catapult.

I think I do repeat myself and I probably will continue to. Some of the elements of uncertainty and financial insecurity play out in my first collection as well. In this book I wanted there to be a clear arc from the first story, in which a character is looking back, to the final story, in which the narrator and the readers are forced to look ahead, at what comes next for the characters when they step off the page. I also wanted there to be a range of emotions, from nostalgia, envy, grief, to full-blown anger.

AU: The women you depict here have a definite strength, even in their uncertainty. They’re holding themselves together. How are you holding yourself together in this most unusual time?

SS: The honest answer is that I’m not holding myself together all that well. Some days I’m just trying to get to the end of. My daughter would probably tell you I’m pretty stressed a lot of the time and not a lot of fun.

Our house is a disaster. Since the quarantine began, our daughter has not gone to sleep before 10pm. She gets scared when she can’t immediately locate me or my husband in the house. Physically and emotionally, I feel like I’m in the fog of new parenthood again, because there is so little sleep and so much constant attention and work required. At night, after I’ve completed my online-training lessons for my university, all I have energy for is fold laundry in front of an episode of I May Destroy You or the very comforting The Great British Baking Show.

When I’ve had enough sleep, which is rare, I can usually dredge up some form of a meditative state, from which I take the day minute by minute, and move from task to task without thinking about what lies an hour ahead, much less a month or a year. In that way, I can get work done incrementally, and also feel less overwhelmed by frequent interruptions from my child and from my job. I try to get outside once a day, I try to talk to old friends and listen to podcasts that are not about the current moment. I try to do at least one positive political action a week—write a letter to the editor or call my congressperson or donate money. And the kinds of conversations that you and I are having about work, writing, and right now—they’re keeping me going too.

Amanda Uhle is the Publisher and Executive Director of McSweeney’s. 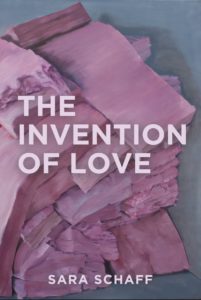 The Invention of Love by Sara Schaff is available now from Split/Lip Press. 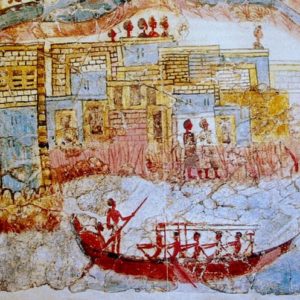 "I sing of arms and the man who of old from the coasts of Troy came, a refugee of fate, to Italy and the shore of Lavinium." –Virgil  * The...
© LitHub
Back to top
Loading Comments...