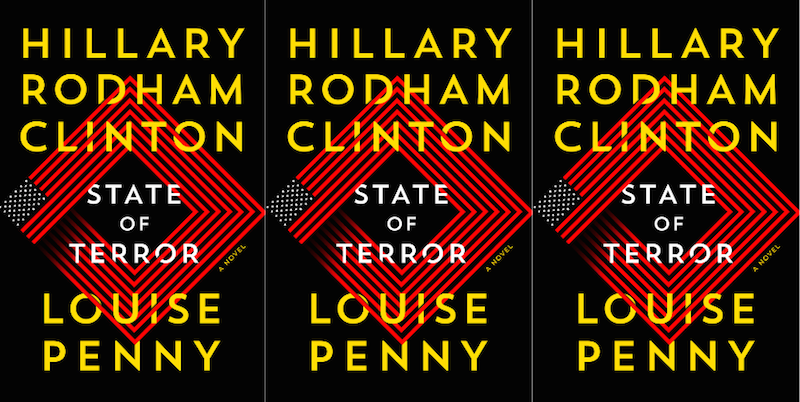 A close reading of the cover of Hillary Clinton and Louise Penny’s new novel.

COVER REVEAL REVEAL: Simon & Schuster and St. Martin’s Press have revealed the cover of Hillary Clinton and Louise Penny’s novel State of Terror, which they will publish jointly in October.

If you need a refresher, here’s what the publishers have to say about the book:

State of Terror follows a novice Secretary of State who has joined the administration of her rival, a president inaugurated after four years of American leadership that shrank from the world stage. A series of terrorist attacks throws the global order into disarray, and the secretary is tasked with assembling a team to unravel the deadly conspiracy, a scheme carefully designed to take advantage of an American government dangerously out of touch and out of power in the places where it counts the most.

And here’s the cover in all its glory: 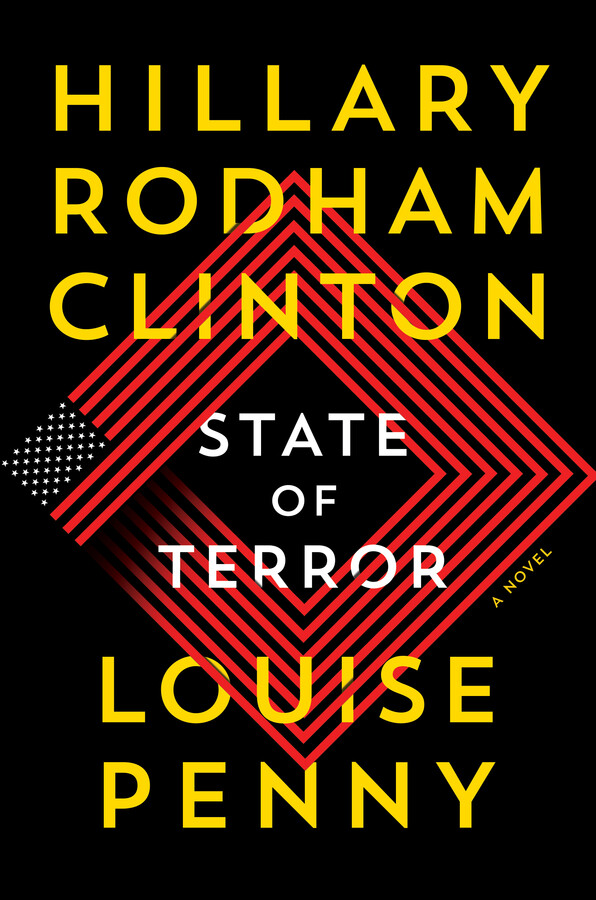 First of all, I can’t believe this book isn’t called State of Terror: The Longest Flag, because boy, that is one long flag. Was the terrorism just flag-stretching? Because honestly that sounds more like a prank than terrorism. Maybe it was a terror prank? (Terror Prank: good name for the inevitable Punk’d reboot, also.)

Moving on to the authors’ names, which are so large compared to the title that it looks like they’re planning to steal its lunch money. I know this is most likely because the authors themselves are a couple of fame-os, but it I still feel like the title looks a bit menaced, which puts me right away on the side of terror. Maybe this is a book about trying to make terror a relatable anti-hero?

More likely, of course, we’re looking at a kind of “what if QAnon, but smart,” rumination, which is why the words are woven into the stripes of the long flag, because you have no idea how deep this thing goes. Or maybe it’s a subtle nod to the Democrats drink blood obsession? (And if so, is that kind of funny or more like in high school when your teachers tried to make learning fun with slightly outdated youthful slang?)

I guess we’ll have to wait until October to find out!