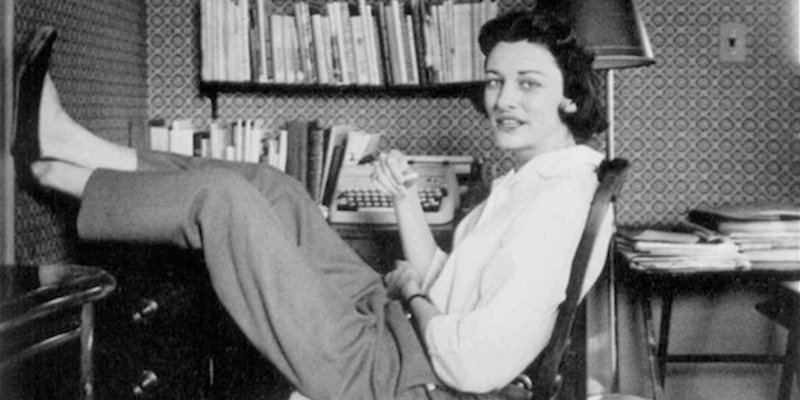 A close reading of an infamous poem on grief: Anne Sexton’s “The Truth the Dead Know.”

If you peruse poetry Twitter on the 1st of June, you will undoubtedly come across a slew of poets quoting an infamous line from Anne Sexton’s “The Truth the Dead Know“: “It is June. I am tired of being brave.”  It’s one of the few lines from one of the few poems, in my opinion, whose ubiquity is very much justified. So in honor of what would have been Sexton’s 93rd birthday, I’d like to spend some time talking about it.

Written after both her parents’ death, the poem has long been hailed as a poignant, resounding exploration of grief. But what has kept me coming back again and again to it is a weighty kind of silence—a refusal—that moves throughout. Her long lyrical lines are followed by short, blunt statements:

Gone, I say and walk from church,

refusing the stiff procession to the grave,

letting the dead ride alone in the hearse.

It is June. I am tired of being brave.

We expect to be carried forward by these early lines of grief, and ushered toward an emotional crescendo—a catharsis of sorts. But instead what we find is a refusal; in the face of loss, Sexton just doesn’t want to. She says no to, and turns away from, not just bravery, but our expectation of how we think her lines will read. It makes me wonder: to what are we entitled when we read a poet’s work—especially a poet like Sexton, long hailed as one of the foremothers of female confessional poetry? And if we expect more than what she gives us, why might that be?

As we move through the poem, a recurring hardness, a blue sort of austerity, appears. The “sea swings in like an iron gate” and “the wind falls in like stones.” The only soft thing is touch—its softness so compelling that when Sexton and “[her] darling” touch, “[they] enter touch entirely.” The poem that turns away here becomes a poem that turns inward, toward the touch. The touch is the space where the speaker can be, in a way she refuses to both in the poem and the (funeral) spaces she writes about. It is, after all, the thing “men kill for, or for much as.”

Once we get to the final stanza of the poem, we find another sort of refusal—this time, from the dead. They “refuse/ to be blessed.” Indeed, their coffins “are more like stone/ than the sea would be if it stopped.” And the austerity in their refusal is unlike the austerity we find among the “stiff procession.” They “lie in their stone boats” not simply because they have died, but because they too refuse—that hardness is still central. If Sexton is pointing us to a truth that the dead know, then maybe this is it: a restraint, the blueness in it all. Because they, like her, seem to know that what must be said is at times the thing that cannot be said—at least not in the language available to us. So they, like Sexton, mark it with their silence and refusal.