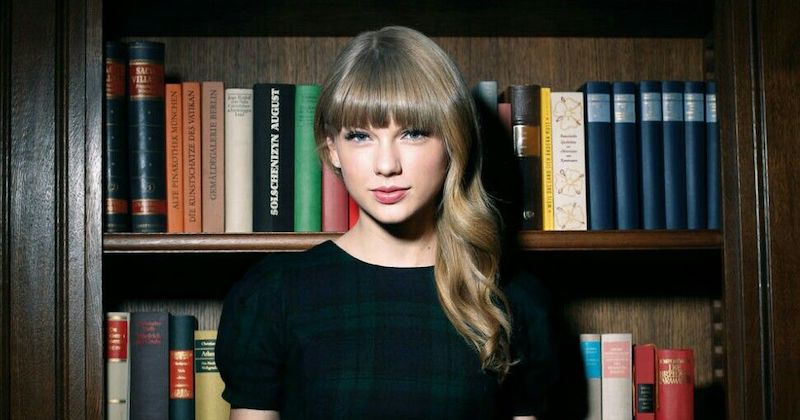 A close-reading of 5 music videos that take place in libraries.

Look, books make me want to dance, too. And while some libraries have a “no talking” policy, you have to admit: they didn’t say anything about singing! So because it’s Monday and you might need this, please enjoy the best music videos in recent history (is there any other, for music videos?) to take place in your favorite quiet reading zone: the library.

Cascada, “Every Time We Touch”

This one begins with a lot of clearly marked signs—namely LIBRARY and LIBRARIAN—in case you didn’t know where you were. If you didn’t know where you were when watching this, that might be reasonable, since Cascada turns the center table into her own personal catwalk and stage lights appear out of nowhere. The librarian is super alarmed. (It should be noted hat for a brief moment before she enters the library, Cascada is holding a tiny photo of the librarian. I guess we’re supposed to understand that they’re ex-lovers, but honestly, it looks like she cut out his yearbook photo and is carrying it around like a psychopath.) Anyway, patrons look on curiously but return to their books. The janitor is super into it. There’s a real tonal shift when Cascada starts rifling through the card catalogs. Screw the Dewey Decimal system! Everyone who had been silently reading can apparently get on board with this. They start dancing (somewhat awkwardly; one with a fanny pack). During the bridge, Cascada and the grouchy librarian are alone in a dimly lit room. He’s without his glasses now, clearly an indication that he has been converted and is Fun now. A DJ appears. Strobe lighting ensues. The librarian break dances. They leave together. Fin.

Sweet, sweet Zooey Deschanel vies for her man’s attention in this music video that takes place, inexplicably, in a school. There’s a lot of trotting by the lockers and around those tiny desks. A group of people even hula-hoop in the gym. And what music video in a school would be complete without a thorough library dance sequence? Basically an indie Glee/High School Musical.

It maybe makes the least sense that this music video takes place in a library? Except for the line “But she hears only whispers of quiet conversation”—pan to librarian. Honestly, the video mostly fixates on a spinning globe (I guess libraries have these?) and shots of the whole band playing atop a giant hardcover of a book called Africa. Book lovers, be warned. There is also the tearing of pages from books and the burning of books. It’s… not great.

Tears for Fears, “Head Over Heels”

Unlike Cascada, Tears for Fears has a real respect for books. Our singer carries heaps of them to the check-out desk. Instead of dancing on top of tables, he sort of just sings awkwardly at the librarian, who is unamused. When he opens the card catalog drawers, the pages fly out at him. He didn’t do it on purpose! Cascada! By far the weirdest library in this bunch, this local branch also lets monkeys in.

Taylor Swift, “The Story of Us”

Sometimes music videos are plopped in a place that doesn’t make any sense, but Taylor Swift really commits to the literary motif with “The Story of Us”—complete with Next Chapter cards, close-ups of lines in books that contain the lyrics, and boarding school teenagers making out between the shelves. What? Your high school experience wasn’t like that? I, personally, find the scene in which Taylor Swift is heartbroken and flinging herself against the bookshelves very relatable. Of course, the most brilliant part of setting this music video in the library is that the song is very much about the silence between two people who once loved each other. Get it? Silence? Because they’re in a library.