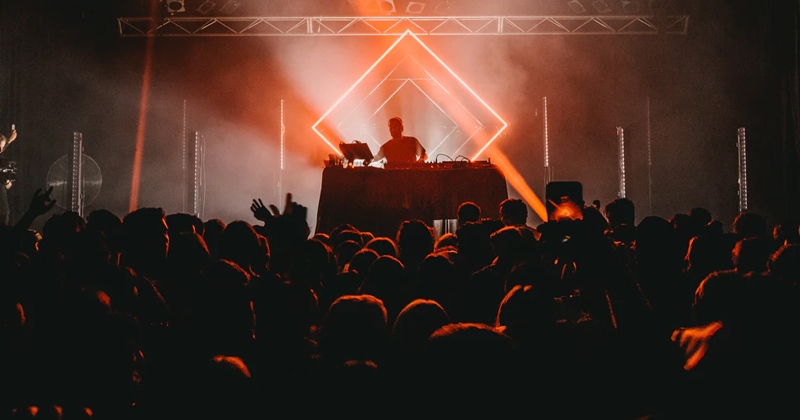 A Brief Topography of the MSCOG

Over the door there’s the iconic ice-pick in a human heart. You have to show a scar to the bouncer to get in: the old suture holes, a common kneecap, the shy smile of a cesarean, spattering of long-gone acne—any scar will do. And you have to tell a story about your mother. Something she suffered through. But once you’re in, you’re in forever.

Then there’s only the horizon, lush carpeting through cigarillo smoke, coats on hooks, worried aunts, croquet—grand as a yard sale, a ghost, her eyes like thumbs pointed down, her laugh like an almost perfect test score—

leave your inhibitions at the door. There is no room for modesty.
Your magnum opus will start

in the dim alcoves of grief.

Main dance room: frivolity, managed by a House Mom, who sits in a high swiveling chair, making sure no one breaks the rules of solitaire.

Lay me out on the floor and win me. I have nothing to give but my songs no one knows, on my album no one bought.

The DJ is the world, spinning and spinning.
On the loudspeakers it’s Rubinstein at the piano, remixed with sick beats.

—and there’s Grandma, half-blind, naked but for an open XL flannel and Birkenstocks. She peers out from behind the bar, squinting into the faces, trying to figure out who is ordering and what, her hand up behind her ear like a sail. Don’t let the cats out! she screams, whenever someone comes in.

You want privacy with your dead?
Follow the nameless great-great-grandmothers through the screen doors.
Cross your hands over your chest like a coat of arms.
I will ravish you with songbirds.
You’ll see angels bathing in dust.
Let there be something for you in one room or another.

And there are so many glow-in-the-dark galaxies to look upon.
Like you’re all alone in your childhood bedroom,
but totally restored
in the adult entertainment industry’s moral center.

For the masochist, nothing quite hurts like the truth.

Farther in the cavernous club
where the bend in the strip fakes an edge,
I engrave my lunatic memorial:

Let go and there is nothing
tethering you to the stake
that is always driven
into the soft center
of your vampiric world.

The great cosmic cow gyrates her stomachs on stage. The tall grasses sway at her knees. The people moan. The sun sinks. The band wraps up with “Gloomy Sunday”—

Oh, Billie. Billie, do not leave us again—it never ends, it just lies down and weeps, because it can’t get ahold of anyone. HELLO?? Is anyone there?! Why aren’t you answering your phone??—         lost in a magazine from 1998 about the sky

& telescopes. Let the moths land where they will. Feel their powdery legs against your own. Gloomy Sunday. Gloo-my Sun-day. Would the angels be mad if I thought of joining you? Bright midnight moon, gloomy Sunday through the glass ceiling—better yet, Mars: that raving nipple, that red goddess who demands from the eaves to be worshipped. 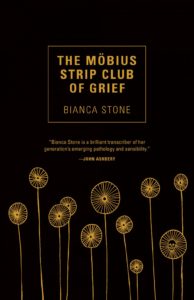 From The Möbius Strip Club of Grief. Used with permission of the publisher, Tin House. Copyright © 2018 by Bianca Stone.

Bianca Stone is the author of Someone Else's Wedding Vows (Octopus Books and Tin House, 2014) and Poetry Comics from the Book of Hours (Pleiades Press, 2014). She lives with her husband, the poet Ben Pease, and their daughter, Odette, in Goshen, Vermont.
Share: 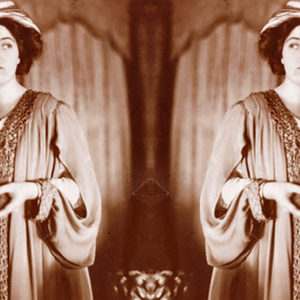 Lit Hub Daily: February 26, 2018 Behind the most famous photograph ever taken: looking at the whole earth, for the first time ever. | Literary...
© LitHub
Back to top
Loading Comments...