Susan McCarty on the Exploitation of Conspicuous Consumer Desire

Via Ecotone
By Susan McCarty

In Tell Me How It Ends: An Essay in Forty Questions, author Valeria Luiselli, who served as a translator of undocumented children’s migration stories for federal immigration court during the Obama era, tells the story of Manu, a child migrant from Honduras whose best friend has been killed in front of him. Luiselli sketches out the United States’ involvement in the escalation of gang violence in Central America, and the decades of foreign policy that have supported militaristic regimes in the region.

Hondurans, crushed by these depredations—their government, their poverty, the gangs that stalk or kill their children—migrate north to seek asylum. If they are not murdered in Mexico (Luiselli, writing in 2016, notes that since 2006, 120,000 migrants have disappeared traveling through Mexico), they make it to the U.S.–Mexico border where, as I write in 2019, they may be held in borderland structures that many historians and Holocaust survivors and Wikipedia agree may be accurately called concentration camps.

If they came with children, those children may have been taken away from them and put in camps called tender age facilities, which have been set aside specifically for the care of infants and toddlers forcibly separated from their families.

The next T-shirt I buy may have been sewn by a traumatized migrant. As of summer 2019, the nonprofit North American Congress on Latin America reports, the Mexican government has opened new avenues toward manufacturing: Central American asylum seekers are now held in migrant centers in maquiladoras (Mexican maquilas), where they may return to the indignity of their old jobs while waiting to hear whether or not they qualify for asylum, or, one imagines, the privilege of seeing their children again.

It was a mistake that I bought those other, earlier T-shirts—I didn’t know what they meant. But now that I’m a middle-aged adult, my values align more closely with those shirts than they do with the nouveau-consumerism of the Vuarnet T-shirt, which signifies nothing. Then again, as I am a middle-class U.S. citizen whose consumer choices cause harm, perhaps the Vuarnet T-shirt is more representative after all.

Maybe the Vuarnet shirt gives me no pleasure because the world to which it belongs is one of the unfettered and uncomplicated longing that belong to my childhood.

Systems of material and meaning churn on, and two blocks away, a panhandler named Michael sits on a Broadway street corner holding a sign that reads ashamed. He’s ashamed because he once accepted $20 from a junior-high kid. “If that’s how you want to spend your money,” said the kid’s mom as they walked by Michael’s corner, and the kid dropped the bill into his cup.

To Michael, it didn’t look like the kid had much money, but Michael didn’t give the money back. Instead he made the sign—ashamed—and the story, which he told to people, like me, who stopped to ask and to drop more money in the cup, bills he scooped out and pocketed as soon as they hit the bed of pennies that kept the cup kissing the ground.

If I talk to this man, it will somehow absolve me of being down here and spending my money and enjoying the thing I am doing, which I call research but which is indulgence. I pay Michael for his story and he gives me what I want, which is words that will look nice inside this essay. This is what the money does: we encounter others through veils of privilege and need and exploitation, transactionally, and it is maybe impossible to actually see each other.

Michael and his story are also part of the system, one that arrests consumers in the midst of consuming and generates shame, which, in turn, and under the guise of his shame, generates income for Michael and momentary absolution for us. His sign conjures it, our money indulges it. Allows us, perhaps, to continue on our way to do more harm. Isn’t UNIQLO just a couple of blocks that way?

Maybe the Vuarnet shirt gives me no pleasure because the world to which it belongs is one of the unfettered and uncomplicated longing that belong to my childhood. Those other T-shirts—the ones that spoke of blood and safe harbor, of annihilation and oppression—they were the right ones because they made demands, they asked for something: for witness, for action, or even just for acknowledgment that this is the world we live in, a world beyond French ski champions and the anxiety of influence exerted by the eighth-grade culture machine.

When I first read the news of the family separations, I was nursing my daughter in bed, topless and tired. My husband watched from his corner to make sure I didn’t fall asleep and smother the baby. Supposedly, motherhood had refashioned my body into a sexless place: the mother’s body under patriarchy is denied eros. Fat Upper Pussy Area. But, like so many other received notions, that was a lie: the baby and I were nothing but eros. The endless hours of nursing and napping skin-to-skin, the way her body became better known to me than my own. This new identity was entirely embodied-need and desire.

We sat in the bedroom and our iPhones vomited the reports. I read them and then—I couldn’t help it—I imagined the feeling of an Immigration and Customs Enforcement agent taking my baby’s body out of my arms. My own body convulsed in terror and pain. I howled like an animal. Had I ever truly clutched anything before? I clutched the baby. My husband was alarmed.

How do I remove myself from the Venn diagram of harm made at the borderlands of Mexico and the United States?

“No one is going to take her,” he said, but that wasn’t the point. The point was that as I sat in the safety of my mortgaged home and imagined the unimaginable, the unimaginable was happening: babies like her had been taken out of their mothers’ arms in this country on this very day and not given back. I wondered whose body could stay upright in the face of this news. Mine was fat and sore and I had been trained my whole life to find its state at this moment disgusting—the jiggling arms as I sobbed, the pouch of my belly rolling with fear.

As ICE agents took children from their mothers, I had been sitting in my house Googling “best belly band shrink hips.” Weeks later, as I stood in front of my full-length mirror, trying on pants and feeling bad about myself, I would hear a ProPublica recording of children in a detention center sobbing for their parents. “Mami,” cries a toddler. “Papi,” says a boy, over and over, in a low, traumatized voice. I couldn’t stop listening, though in doing so, I felt deeply ill. It was my responsibility to listen, wasn’t it? Wasn’t this the least I could do? I wondered who could hear those children and do nothing for them, as I stood there, surrounded by my wardrobe, and did the least I could do.

Maybe writing an essay about buying a Vuarnet T-shirt is the least I can do. Where does my complicity begin and end? How do I remove myself from the Venn diagram of harm made at the borderlands of Mexico and the United States? How do I solder this essay back together with the humor it promised you so extravagantly from its beginning?

Things are ideas before they are things: beauty, acceptance, popularity, status. We desire the things we are trained to believe will reify those ideas and help us, finally, belong in our own lives. Things help us become the idea(l) of ourselves. They help us constitute ourselves. Barthes wrote, “Man has dressed himself in order to carry out a signifying activity.” I am because I dress; I dress because I am.

That’s why it can be so hard to see the thing itself and what’s attached to it—the garment I purchase to hide my puffy body and the memories it indulges, the labor that produces it, the suffering, which seems to ripple outward to encompass Michael and his shame, the shop worker at a boutique full of scratchy T-shirts and plastic sunglasses that brays its neon nostalgia out of the storefront of one of the most expensive real estate markets in the world, the worker who pressed the logo onto my shirt, and the stream of asylum seekers who risk their lives to enter the United States, who are detained in camps, whose stolen children are possibly already lost forever to this country’s dark currents and borderless appetites. 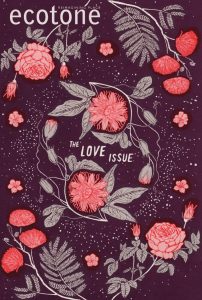 From Ecotone 28, the Love Issue. Copyright © 2019 Susan McCarty. More work from the issue can be read at ecotonemagazine.org/shop/issue-28.
<< 1 2 Full Page

Susan McCarty is the author of Anatomies, published by Aforementioned Productions in 2015. Her stories and essays have appeared in Conjunctions, the Iowa Review, Utne Reader, and other journals. She teaches literature and creative writing at Oakland University and lives in Ypsilanti, Michigan.

Bookstores Serve Ideas and People: In That Way They Are Essential 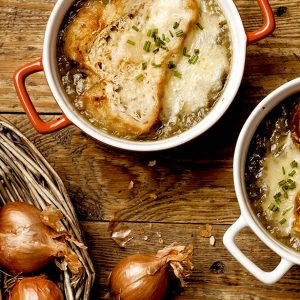 Comfort Food in Uncomfortable Times You make us cry without hurting us. I have praised everything that exists, but to me, onion, you are more beautiful than...
© LitHub
Back to top
Loading Comments...