The National Book Award for fiction is one of the highest honors a writer can receive. Like most of the literary establishment, the winners are overwhelmingly white and overwhelmingly male. This is not entirely surprising given the fact that the face of serious literature in this country has for several generations also been white and male. However, an institution that doesn’t evolve risks becoming irrelevant. Our national literature is changing, diversifying, and it’s important that our institutions keep pace with that and begin to acknowledge the work of traditionally marginalized communities. It keeps our culture vibrant and alive. The National Book Award under the stewardship of Lisa Lucas has met this challenge, and has made it part of their mission to reach out to new communities and to really broaden the conversation around which books deserve to be honored.

However, there are people who view such changes as compromising the integrity of the institution. Tom LeClair took to The Daily Beast to outline his concerns about the state of the National Book Award. He is worried that in trying to appeal to popular interests, the NBA is sacrificing its integrity and diminishing its status as the highest award in American letters. Among LeClair’s concerns is what he’s called a pay-for-play system. That is, publishers with deep pockets can afford to nominate many more books than smaller publishers can. This over-proliferation of nominees means that the NBA fiction panelists have more books than they can possibly read and judge on the basis of merit, which introduces certain vagaries in the selection process. Not only that, but he insists that this prices out smaller publishers from even having their books considered.

Mr. LeClair goes on to suggest that because of this heavy reading load panelists are more inclined to select smaller, easier books that will both appease corporate sponsors and appeal to the newer communities of readers the NBA is trying to reach. LeClair fears this perfect storm of page-count discrimination and corporate money, and wonders: Where are the big books? Where are the ambitious, sprawling masterpieces? Certainly, no book of significance has ever been short…

There is a kind of merit, however, to the question of access to the awards. After all, that’s been the very question driving the initiative to diversify not only the nomination process but also the panelists. As LeClair laments, there’s even been a mystery writer on the panel! And booksellers! When will the madness end? In all seriousness, though, there is one idea worth considering in the piece: should publishers be limited in the number of books they submit to make room for smaller presses? Should it be easier for smaller presses to get on the slate of major awards? After all, some of the most brilliant and ambitious work in American fiction is being done at small presses. I think it’s worth putting that question to the culture. How do we make it easier to find work from smaller presses? How do we create better access to this vital vein in American fiction? How do we celebrate the wealth of diversity found among our small presses? If LeClair were actually interested in championing small presses and not just using them to further make his mangled point about the corruption of the NBA, he might have dedicated more of his piece to that crucial and necessary point.

LeClair describes the NBA long list this year as dominated by pathology. He takes particular exception to Jacqueline Woodson’s celebrated Another Brooklyn because not only does it render Brooklyn in easily digestible and titillating bits, but it does so in too few pages for LeClair’s taste. He says that it lacks depth and seriousness, that the book unfolds too quickly, is developed too fast. It doesn’t have the depth to fully immerse the reader. Woodson doesn’t have the range in LeClair’s estimation. He returns to the matter of size to coin a new term for short novels: “inchlings.” He goes on to say: “If one of these inchlings wins, the award will be an embarrassment, if not a vagary.” What to do with such an idea—that the size of a novel is directly proportional to its importance and its quality. It’s an example of the kind of superficial decision making that LeClair is accusing the NBA panelists of perpetrating. One might be willing to forgive the hypocrisy if not for the certainty and the disgust with which LeClair is prepared to dismiss from consideration all but the most serious of fiction, serious being measured in the number of pages.

LeClair states that the “winners should be major, important books that could function as models of literary aspiration for young writers.” But which young writers does LeClair mean? For generations, writers from marginalized communities have been ignored and maligned. Now, with an increasingly diverse set of nominees, the National Book Award is acknowledging a range of stories and sentiments and experiences. What better example is there for our young writers? Should they not aspire to tell stories about their lives in a variety of forms? Should they not have the opportunity to see themselves reflected? Should they not feel as though their communities are deserving of artistic merit?

With all of the complaining about corruption, pay to play, a crooked woman with some kind of agenda, LeClair’s piece might have been titled: MAKE AMERICAN LITERATURE GREAT AGAIN. But we shouldn’t listen. We have for the first time in a long time a literature that feels responsive to our needs and to our pain.

It’s not a perfect time. It’s not an easy time. But, it’s a hell of a time to be alive. 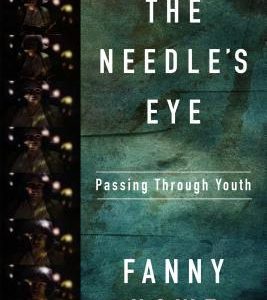 On the Bowery On a cold winter night I watched (by chance) a documentary called On the Bowery; it was directed by the American...
© LitHub
Back to top