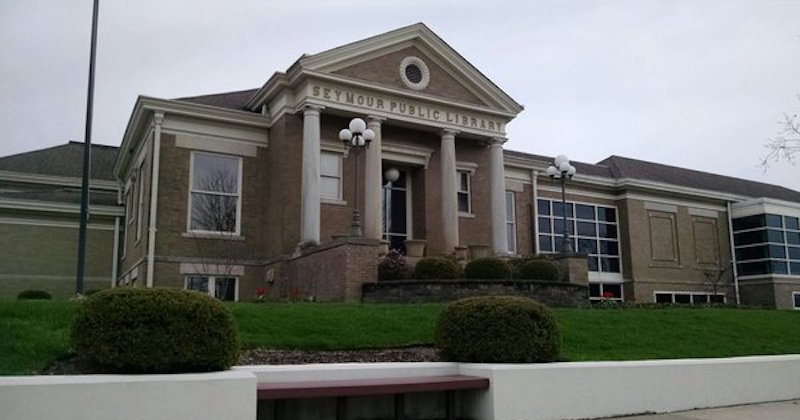 A 68-year-old man has been banned from his local library for sharing an anti-Trump poem.

In news that makes you say “Why?”: last week, the ACLU of Indiana filed a lawsuit against the Jackson County Public Library, on behalf of a man who was banned for life from the library over an original Trump-critical poem he left at the library. The suit claims that Jackson County Public Library has violated the man’s First Amendment rights, as well as the Due Process Clause of the Fourteenth Amendment.

Richard England, 68, has attended the Seymour branch of the Jackson County Public Library twice a week for over a decade, befriending several library employees. As the ACLU noted in their suit, England cannot afford cable television, internet service, or other forms of paid entertainment. In November, England brought an anti-Trump poem he had written, “The Red Mean,” to give to a library employee who he believed would enjoy the poem, but since the employee wasn’t working, he instead left the poem in a basket on the circulation desk which held extra masks for customers.

When England returned home, he discovered a voicemail from the Seymour Police Department letting him know that he was banned from the library for life and if he attempted to enter the library he would be arrested for criminal trespass (!). Understandably alarmed, England called the library, and the Circulation Manager gave the incredible soundbite, “We don’t do politics at the library.” It seems Jackson County Public Library doesn’t have Dewey Decimal numbers 320-329.

Readers might wonder, what could be the inflammatory content of this much-argued-over poem? Here’s the full text:

Know no good.
Bring out your dead.
Let them eat cake
Off with your head.

Before you become
Donald Trump’s clone,
Know Satan’s reward,
Is only a loan.

Liars are losers.
Haters are cruel.
Oh what a pity,
To die such a fool.