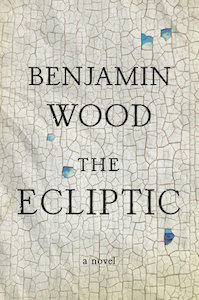 The following is from Benjamin Wood’s novel, The Ecliptic. A former Commonwealth Scholar (receiving his MFA from the University of British Columbia), Benjamin Wood is a Senior Lecturer in Creative Writing at Birkbeck, University of London. His debut novel, The Bellwether Revivals, was shortlisted for the Costa First Novel Award 2012 and the Commonwealth Book Prize 2013, and won one of France’s foremost literary awards, Le Prix du Roman Fnac, in 2014.

He was just seventeen when he came to Portmantle, a runaway like the rest of us, except there was a harrowed quality about this boy that we had not seen before in any of the newcomers. A private torment seemed to clamp the muscles of his face, as though every disappointment in the world had been disclosed to him too young and stunted his expression. We knew him as Fullerton: an ordinary name, a plain one, but not the sort that sinks into the depths of memory without unsettling others.

Our anticipation of him was enough to disrupt our normal routines, setting us off course the way a premature adjustment to the wind can strand a kite. Rarely had we paid so much attention to the refuge gates, or given more than a terse thought to another resident’s circumstance. But he was presented to us as a special case, a kindred spirit worthy of our time and interest. So we offered it.

We were conscripted to his cause from the beginning: Quickman, MacKinney, Pettifer and me. The provost himself had called a meeting in his study to explain, over a glass of pomegranate juice, that Portmantle was about to receive its youngest ever resident, and had made a show of outlining how much he would personally appreciate our support. ‘You know I’m loath to burden you with this kind of responsibility,’ he had told us, ‘but the boy’s going to need some help finding his feet, and Ender can’t manage on his own—his English isn’t up to it. I need the four of you to be there for him while I’m gone. You remember what it’s like to be gifted at that age—a sympathetic ear can really make a difference.’ In truth, we were cajoled into a volunteering mood by the hint of a reward, some luxury that might be procured from the mainland in return for our good deed: Earl Grey tea leaves, smoked bacon, porridge oats; the most banal of pantry items were great delicacies to us, and we wilted at the thought of them.

There was plenty that the provost did not make clear and much that we were not privy to. The details of Fullerton’s troubles were as confidential as our own. No doubts were raised as to his temperament. Nothing was discussed as to his reasons for admittance. We only asked for some small insight into the type of work the boy was known for, but getting answers from the provost was like trying to press cider from geraniums. ‘You can ask him yourselves in a few days,’ he said. ‘I wouldn’t want to prejudice the boy before he even gets here.’

We awaited his arrival from the mainland for two eventless days, like prisoners expecting mail, and cursed him on the wasted afternoons he did not show. ‘Assuming the little sod ever gets here,’ Pettifer said, ‘he’s going to work off every last bit of time he owes me. He can start by polishing my boots. I want a shine so good I can see up my nose.’ This after we had given up an entire Saturday morning to assist the caretaker with his preparations. While Ender and his staff had cleaned and organised the boy’s lodging, we had dug the snow from all the footpaths around the mansion, taking turns with the shovel, only for another flume of mothy flakes to come down overnight, leaving just a faint and rutted trail to show for all our grunt work by Sunday lunchtime. Our charity did not extend to shovelling a path twice, which is why the snow was so thick and undisturbed when Fullerton finally appeared.

He came stumbling up the hill with nothing but a canvas bag and the hood of his cagoule cinched tight around his head. MacKinney spotted him in the window of the mess hall—

‘Hey-o,’ she said, ‘here comes trouble’—and we abandoned our plates and gathered on the landing to get a better look at him.

It was clear from the simple determination of the boy’s strides as he pushed and staggered through the white-dusted pines that he needed the sanctuary of Portmantle as much as we did. From our very first glimpse of him, we understood that he was one of us. He had the rapid footfalls of a fugitive, the grave hurriedness of a soldier who had seen a grenade drop somewhere in the track behind. We could recognise the ghosts that haunted him because they were the same ghosts we had carried through the gates ourselves and were still trying to excise.

‘He hasn’t even stopped to catch his breath, you know. It’s quite impressive,’ Quickman said, bothering to lift his pipe out from his teeth for the first time that day. He had run out of tobacco so long ago that the bowl was dry, but he was content just to chew on the mouthpiece—there was residual flavour there, he insisted, that would suffice in lieu of smoke. (He still kept an empty pouch of Golden Harvest in his trouser pocket and would often be found inspecting it, as though in hope the contents had replenished by some miracle.)

MacKinney tilted down her glasses, peering over the lenses. ‘What kind of coat is that to be wearing in winter?’ she said. The boy was stooped now, battling the slope, both hands folded into his armpits. ‘I don’t understand why it’s so hard to get a man into a proper coat. There’s nothing heroic about freezing to death.’ She was the most parental of the four of us, being the oldest by a distance, and the only one with daughters of her own out in the world. Her mothering nature often surfaced at mealtimes, lending her the compulsion to cant her head and tell us, too often, that we were drawn or undernourished. She had this very look about her now.

Pettifer gave an amused little snort—his own peculiar laugh. ‘No scarf, no hat, no gloves. Stupidity is more like it.’ The boy was stumbling over the frosted Mediterranean scrub, into the open space before the boundary wall. When he reached the gates, he fell forwards, gripping the bars, pressing his head to the metal as though in prayer. ‘Look at him—he can barely stand up in those silly shoes of his.’ And, with this, the boy bent and vomited. The yellowy liquid steamed by his feet. ‘Oh dear. There goes breakfast.’ 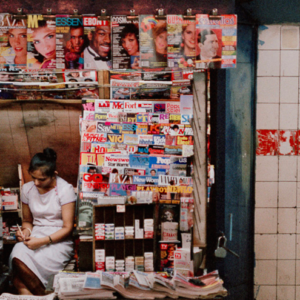 On the Art and Writing of the 1980s (And Against the 90s) The following is the introduction to The Soho Press Book of 80s Short Fiction. We cringe when we think about them. Shoulder...
© LitHub
Back to top