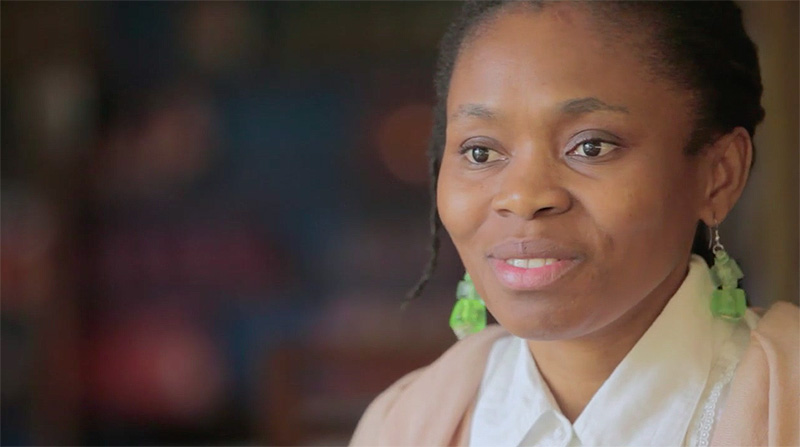 Cassava Republic Wants to Broaden Your Understanding of African Literature

Most people would spike an idea if the business plan revealed negative numbers year after year. But Bibi Bakare-Yusuf is not most people. With precisely no entrepreneurial experience, she ignored the numbers, she says, “because I’m not a business woman” and, in 2006, launched Cassava Republic, a boutique publishing firm headquartered in Nigeria’s capital city of Abuja.

“Let’s just start . . . we’ll make the numbers add up somehow,” she said, remembering the decision to heed her instincts rather than the balance sheet. It’s a risk that paid off. Now the numbers tell a different story: Cassava—referring to the relatively affordable but nutritious crop grown in West Africa—has published 33 authors and 52 titles across literary fiction, crime fiction, romance and children’s books. And this spring the company that introduced the world to writers such as Teju Cole and Elnathan John began selling its titles in bookstores across the US through a distributor.

The idea of starting a publishing firm dedicated to African literature came to Bakare-Yusuf when she traveled to Nigeria as a visiting academic from the UK. She was shocked by the narrow range of literature in the bookshops and the non-existent libraries in the homes she visited. “Books were not part of people’s conversations,” said the 47-year-old Nigerian native who moved to England at age 13. And when the Nigerians she encountered did mention books, they were what she calls “airport fiction.”

What’s more, only one local publisher was pushing African literary fiction in Nigeria at a time contemporary Nigerian writers like Chimamanda Ngozi Adichie and Helon Habila were making waves in the literary world—the first winning the Commonwealth First Book Prize in 2005 and the second earning the Caine Prize for African Writing in 2001.

Galvanized by what she’d seen, Bakare-Yusuf approached entrepreneurs she thought would be interested in publishing African literary fiction. None were. So she and her partner, Jeremy Weates, invested their own money and refinanced their home in the UK. Bakare-Yusuf had also quit her job to devote herself full time to the fledgling venture.

“Bibi probably never imagined . . . that she would become a publisher of an African company that now has a footprint around the world,” Weates remarked, adding that she’s the “tenacious center” of their 11-year-old business. “It has become her life’s work.”

That work is predicated on the belief that having Africans write their own stories isn’t enough—they also need access to the means of production, since editorial and marketing decisions influence how African narratives get shaped and presented. To leave those decisions to Western publishers, according to Bakare-Yusuf, means “they would actually control the story.”

But operating a business in Nigeria isn’t for the faint-hearted, a lesson the co-founders learned after 10,000 copies of their first title were ruined by a local printer. “It was heart-breaking,” recalled Weates, who said the print-to-pricing ratio eventually forced them to print abroad. And then there’s the rampant piracy afflicting the country’s publishing industry; photocopied books, though illegal, are hawked with impunity. Despite this reality, Bakare-Yusuf and Weates devised a creative model to combat piracy. Upon signing a book deal with JAMB (Joint Admissions and Matriculation Board), the body responsible for administering university entry exams, Cassava Republic requested this heavily discounted title be included in the exam’s registration fee and that JAMB be responsible for its distribution. This meant that the approximately two million registered students had only one avenue to pay for and collect their book.

Having established a sustainable brand in Nigeria, Cassava Republic opened its second office in the UK in April 2016.

According to Ainehi Edoro, founder of the African literary website Brittle Paper and an assistant professor at Marquette University’s English faculty, Cassava’s expansion into international markets will help reverse the trend of African literature getting published first in the West and then slowly making its way back to the continent. “They are coming in with a fresh outlook and tons of knowledge on how to sell African writing globally,” she wrote in an email.

“Having Africans write their own stories isn’t enough—they also need access to the means of production, since editorial and marketing decisions influence how African narratives get shaped and presented.”

And with a fresh outlook, Cassava Republic has broadened the term “African literature”—a label that often reinforces the stereotypical notion that African stories must be anthropological or present Africa as a problem—by publishing works on a plethora of themes and in every possible setting.

“For us, African literature is whatever an African writer wants it to be,” asserted Bakare-Yusuf. As such, a novel like Sarah Ladipo Manyika’s Like a Mule Bringing Ice Cream to the Sun, about a sexually confident septuagenarian Nigerian woman living in San Francisco, which was passed over by mainstream publishers, found a home at Cassava Republic.

Claire Armitstead, books editor for the UK’s Guardian and Observer, noted that Manyika’s novel, which was shortlisted for the Goldsmiths Prize for innovative fiction, caught the judges’ attention in part because Cassava Republic positioned the author among “an international community of writers who are trying to do something different in fiction.”

And yet, small presses like Cassava Republic, with their limited resources, have a hard time competing with major international publishing houses. “The fact is none of us can compete with six figure advances,” contended Nii Ayikwei Parkes, a British-Ghanaian writer and co-founder of Flipped Eye, an independent publishing house in London. And even if small firms like Cassava Republic can attract new authors, Armitstead said they risk losing the successful ones to bigger houses offering a global reach, aggressive marketing budgets and foreign rights sales.

Unbowed by these obstacles, Bakare-Yusuf points out that if Cassava Republic’s presence in the West forces big publishers to “sit up” in terms of how they engage with African authors, “that’s a good thing.”

With dreams of opening offices in the U.S. and South Africa, the accidental entrepreneur turns to her immediate goal of boosting the number of literary fiction titles published annually from five to 12.

“We have to nurse a lot of writers,” she said, knowing Cassava Republic was built on the promise to nourish.

Shayera Dark is a freelance writer whose work has appeared on Brittle Paper, Okay Africa, and aKoma among others. She's currently working on her first novel. 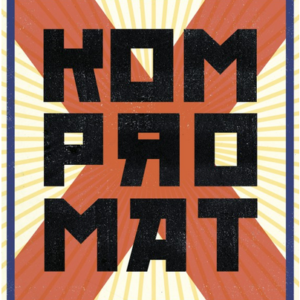 It was dark when they landed in Khabarovsk after the long flight from St Petersburg. A helicopter waited on the runway to transport...
© LitHub
Back to top