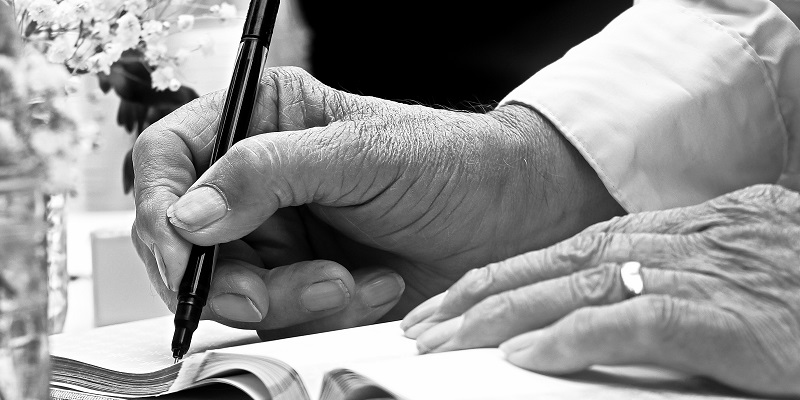 The passage of time is relentless. We all know it. Whether you’re having fun or not. Whether the years are filled with sublime happiness or utter sadness, or, like most of us, with a combination of both. It just goes, and sometimes, our dreams go with it. We turn around and 10 or 20 years have whipped by and we are left to wonder what else we could have, should have, done.

As a lifelong reader, I admired writers above all and I’d always wanted to write. But it seemed there was never the time or the space or the confidence, to begin. Plus, I’d been married to a writer, which works for some, but not for me: not enough air and patience for two of us. Then everything changed: divorce, business shuttered, remarriage. Though well past 40, I finally sat down to write nearly every day. At first, it was a kind of journal, but after a year I decided it needed to have form, to tell a story, and I started a novel. I had no idea what a difficult goal I’d set for myself, didn’t know enough not to do it. And, so I kept writing until I found the heart of the story that later would become my first novel, Time Is the Longest Distance.

A year into it, I got sick. The kind of sick that alters your day-to-day existence and threatens your life. However, I was one of the lucky ones, (21 years later, here I am), and more than anything, once I got through to the other side, I just wanted to finish my book. I kept writing for another year until I had what I thought of as a first draft. But the real turning point came when I happened into an extension class at UCLA with the best of all possible teachers—someone who became a mentor, a guide. It’s likely I wasn’t always the oldest person in his class, although, sometimes, I might have been. But it didn’t matter, and I didn’t care. I rarely divulged any personal information, wanting to be as anonymous as possible to avoid any preconceptions. I threw out everything I’d written and started over, changing the story’s perspective from third person to first. Writing, as every writer knows, is rewriting. Fortunately, I had fallen in love with the process. I was hooked, and years later, after my mentor’s sudden and devastating death, I kept at it. I thought I couldn’t write without him somewhere in my life, but I discovered I could. He was that good, his wisdom became a part of me. I couldn’t not write. After a few more years and multiple drafts, I had a finished manuscript to send out—miraculously, it found an agent in New York. I thought my troubles were over. I was wrong. The agent did nothing, and I was beyond discouraged. After holding on far too long, I realized the wrong agent might as well be no agent, so I fired her and worked on a new book, although in the back of my mind I kept returning to my Australian story.

Yes, Australia. As an American, born in New York, raised in California, I’d always been intrigued by the most far-away places. Australia, Botswana, Patagonia, and I’ve been fortunate to travel to some of them. A number of years ago, I was told the true story of a man from Australia who, having spent most of his life in the United States, returned home for his father’s funeral only to find that he had a whole other family living on the other side of the country. It is, of course, a big country. But it got me thinking about families and secrets, and all the spaces where we can hide ourselves in a vast and solitary land, the distance between us not always measured in miles. I realized, too, that whenever I’d traveled to remote places, especially outside of cities, it was usually the sky and the air that made the greatest impact on me. And so I was drawn to the openness of the Australian outback, particularly to the old stock routes where cattle once ran. My interest grew as I learned how these routes were established, (by explorers on camels, with wells dug a days’ drive apart), and decided to set my story along the famous Canning Stock Route­ that runs from Halls Creek in the Kimberley of Western Australia to Wiluna in the mid-west. Crossing both the Gibson and Great Sandy deserts, 1,900 kilometers through some of the most isolated wilderness on the planet, the Canning is still considered the roughest outback track in the country. In thinking about my story, I wondered what it would be like for an American woman, a New Yorker, to find herself out of her element in a place she never expected to be.

As a lifelong reader, I admired writers above all and I’d always wanted to write. But it seemed there was never the time or the space or the confidence, to begin.

In the early days of my research for the book, I connected with the flying doctors, those magnificent aeromedical professionals who offer emergency and primary health care to remote areas, and I was in touch with them when they rescued the famous art critic, Robert Hughes, after a near-fatal accident while filming in the way outback. “Yup, that was me,” my guy said, after swooping in and picking up the crew. “Notice we didn’t get any credit.” And, it was true, news reports rarely referred to the flying doctors, unsung, everyday heroes. I had conjured up a fictitious doctor in an early version of my novel, but he got lost in the dust of later drafts. It happens.

I read everything I could about Australia, visited museums, discovered the deadliest of snakes, the oddest of animals, a multitude of flora, and virtually stalked bikers from the Netherlands as they attempted the Canning Track. All the while, I listened to the beat of the great dead heart of the desert. What I discovered about research was to do it and forget it. Simply let everything you’ve learned become a part of you so that it seeps into your story. It certainly did for me, and, frankly, has never really left.

Whenever I’d traveled to remote places, especially outside of cities, it was usually the sky and the air that made the greatest impact on me. And so I was drawn to the openness of the Australian outback, particularly to the old stock routes where cattle once ran.

After I’d fired my original agent, I made a number of attempts to connect with the right person, until I finally gave up. But I still believed in my story. Meanwhile, I worked on two other books. . . for years. Finally, encouraged by the wonderful writing of an Australian friend, and still obsessed by the country itself, I pulled out my manuscript, looked it over, did a bit of sprucing up, and sent it off to a small Australian publisher. They loved it. I was thrilled. For an American writer to find a publisher in Australia, where my heart had traveled for so long, was perfect. My publisher didn’t change anything from the original story.

So, now, hardly a debutante in life, I am making my debut with Time Is the Longest Distance. It’s been quite a while getting here, and like most books, it went through many changes, as did I. But I truly believe in the power of never giving up, and I like to think it took just as long as it was supposed to. I write to be read, and hopefully this story will find an audience. But the most important thing I’ve learned, beyond the extraordinary joy of writing, was to never stop, to always make time to do what you love most, and above all, power on.

Originally from New York, Janet Clare lives in Los Angeles with her husband and a small dog named for the town of Lucca, Italy. She studied at UC Berkeley and UCLA. Time Is the Longest Distance is her first novel, available from Vine Leaves Press. 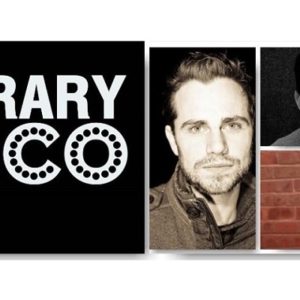