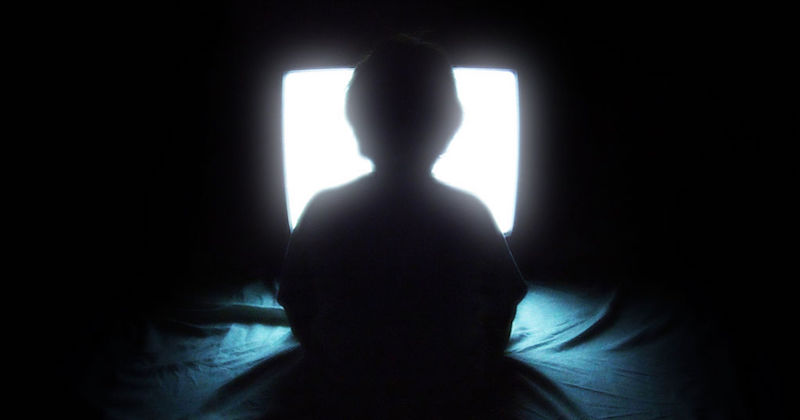 Sasha Sagan Considers the Sea-Change of Our News Cycle, and What Empathy Means

On September 11th, 2001 I was an 18-year-old NYU sophomore. I lived on Fifth Avenue and Ninth Street in Manhattan in a pre-war building with a charming, but unstable roommate. I woke up that morning to the sound of dozens of fire trucks racing down Fifth Avenue, some carrying first responders who would not survive the day. But I didn’t know that yet. Maybe they did. They were only sirens to me then.

Around 10 am my roommate got a call from a stranger asking for “Regina.” No one named Regina lived there and she told him so. He paused and responded, “Well, let me tell you something: there’s cyanide in the water supply,” and hung up.

We would have dismissed this as a prank or a crackpot any other day, but suddenly our ability to gauge what was possible was severely damaged. We were watching the impossible live on TV, hearing the impossible out of our windows.

We called 911, who told us, essentially they were too busy to deal with this. Understandably so. As the news coverage wore on we decided there was a point in the day when it was unlikely to be true and still unmentioned by any major network. Late in the evening, there was a knock at the door and when I opened it I found two dusty NYPD officers. I can still see the expressions on their faces. To say they looked like they had seen a ghost doesn’t capture the magnitude. Maybe thousands of ghosts. All they said to me was, “There’s no cyanide in the water supply.” All I said to them was, “I know.” And called an empty, useless: “Thank you! I’m sorry!” after them as they walked back down the hallway.

Now, 20 years later, when I think of that day, I picture those two men, feel an almost physical unease, and wrestle with a strange thought: how am I going to tell my daughter the news?

My daughter is four years old and, of course, has no idea there used to be two skyscrapers in Lower Manhattan that aren’t there anymore.

She was born into a world where almost weekly there is a news story approaching the scale of that, the defining event of the decade. The news cycles of my own youth mostly meandered from political sex scandal to missing white woman to dead icon, with a few seconds peppered in of peacekeeping missions in far-away places. Sometimes there were whole summers where we worried about shark attacks. The sea-change stories, the ones that felt like they remade our world, were few and far between.

Now every week, a headline seems to briefly shake the earth, before being overshadowed and falling away down the memory hole.

Now every week, a headline seems to briefly shake the earth, before being overshadowed and falling away down the memory hole. Just like the hundred-year floods that are coming now every decade or two due to climate change. Instead of “never forget,” we now seem to be perpetually forgetting mass shootings, whole wars, irreversible environmental devastation, acts of treason, unspeakable abuses of power, elaborate systems of oppression, near constitutional crises, and countless other untold atrocities. Each still era-defining. The only difference is now those eras are sometimes only 12 hours long.

Sometimes it feels hard to pinpoint how we got here. Other times, with the power of hindsight, it seems rather clear where we took that sharp turn.

When my daughter is old enough to learn the particulars of that day in school she will have heard the phrase “9/11” countless times, maybe even have heard that planes flew into buildings, that we saw them crumble, that people died, but she will not likely ever understand how shocking it was, how safe we sometimes felt before that day, how unthinkable an attack inside the country seemed, how clueless we were about how much we were hated. She will not understand how the day created the world she was born into. History feels so inevitable once it happens.

Something about the conundrum makes me think of the evening of my dad’s 55th birthday, I was tucked into bed. And then, a few hours later, reawakened and brought, sleepily, to the TV. My parents told me the Berlin Wall was coming down and I should watch because this was history. My parents, who had grown up during the Cold War, ducking and covering under their public school desks, were moved, surprised, relieved. I didn’t get it. I was seven.

I didn’t have the backstory. Just the punch line. I couldn’t do the emotional time-travel back to the time when this moment felt impossible. By the time I learned, years later, the details of what had led to the Cold War, the build-up of tensions and weapons didn’t produce the fear in me that it had in all those who lived through it. I knew it didn’t ultimately result in a nuclear holocaust or whatever other scenarios kept Americans and Russians up at night during bygone decades. That’s what makes learning history so hard. It never really feels like it could have gone the other way.  There doesn’t seem like there are any forks in the road, just the path to this moment, where everything in the world is the way it is and you are reading this essay.

That’s the thing about learning history, it’s all spoilers. You learn the Allies won World War II before you learn what happened at Iwo Jima or Stalingrad, during the Blitz or Battle of the Bulge. Imagine, for a moment, a classroom of kids listening to an engaging lecture about, say, D-Day with no frame of reference whatsoever. Imagine them worrying if the decoy operations would really distract the Germans? If the weather would hold out? Imagine them breathless, wondering what if the Nazis win? Will Hitler take over the world? Will he wipe entire races from the Earth forever? Are we speaking German right now?

But of course, this is ridiculously impractical. You can’t raise a child to be totally unaware of the basic trajectory of human history. Nor would you want to. And you can never really start at the beginning anyway. There’s always something that sets up the moment, so crucial context from the previous epoch.

Maybe starting from the present and going backward is the only way, although that’s not easy either.

My parents let me watch the news from an early age, they had it on often and gave me context for what I saw. Something my husband and I strive to do for our daughter, even at her young age. Still, I could never understand the magnitude, the emotion without the set-up of decades and centuries behind it. I see it now in my daughter’s quizzical expression when I find myself moved by some barrier being broken in public life, watching someone being sworn in, for example, to a position from which they would have been barred not too long ago. Sometimes my daughter looks at me lovingly and enquires, “Is it a happy cry?” Yes, I tell her and try to explain why.

My curiosity about the news made me love history. Seeing them as the same thing only from different vantage points, gave me some empathy for the countless, nameless villagers and victims, innocent bystanders, and conquered communities.

The more I learned the more I could feel.

Perhaps if we could infuse some of the suspense, even fear, we feel when living through history into the way we teach we could do it in a way that left the next generation less likely to repeat our failures.

In human affairs, the impossible and the inevitable are often indistinguishable until events unfold one way or the other.

I started writing a draft of this essay five and a half years ago, intending it to be published in time to coincide with the 15th anniversary of the 9/11 attacks, but no luck. I used a few elements of that very different draft in my 2019 book and let the Word document sit on my desktop until now. Here’s how that draft ended:

As I write the first draft of this essay, it’s February 24th, 2016. Donald Trump won the Nevada Caucus last night. I have CNN on in the background right now. The anchors are asking questions like, “Is Trump unstoppable?”

My plan is not to show this essay to anyone for a few months. So maybe by the time this is published, by the time you’re reading it, you will know the answer to the anchor’s question. He will have been defeated or he will be the nominee. It will be the beginning of the end of the republic or he will have revealed his whole campaign was a performance art piece about the nature of authoritarianism and endorsed his old friend President Hillary Clinton. The possibilities are endless. But whatever happens, when schoolchildren learn about it a hundred years from now, it will seem inevitable.

Was that the moment? Was that when our news cycle started whirling out of control? When once-in-a-decade stories started coming out every day?

Now, five and a half years later, we know what happened. It all feels somehow both as inevitable as Omaha Beach and as impossible as cyanide in the New York City water supply. In human affairs, the impossible and the inevitable are often indistinguishable until events unfold one way or the other.

On the last evening of the destructive, painful, cruel Trump years, president-elect Biden attended a memorial for those who had lost their lives to the pandemic. They were honored with light, much the same way New Yorkers have done for years on the anniversary of 9/11 with streams of lights soaring upwards where two towers once stood. On the cusp of his inauguration, when there was still so much fear of what each next hour might bring, Biden said five simple words that have stayed with me powerfully: “to heal we must remember.” This is true for the pandemic, for 9/11, for all our tragedies, all our injustices and crimes against each other, for the whole of our great and terrible history as a species.

Sasha Sagan's essays and interviews have appeared in The Cut, O the Oprah Magazine, Violet Book, Atmos, and beyond. She’s the author of For Small Creatures Such As We: Rituals for Finding Meaning in Our Unlikely World. She lives in Boston, Massachusetts with her husband and daughter. You can follow her on Twitter and Instagram @SashaSagan

The Unavoidable Trap of Politeness: Why Is It So Hard to Just Say “No”? 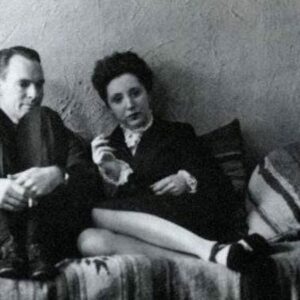 In 1932, months after first meeting in Paris and despite both being married, celebrated Cuban diarist Anaïs Nin and Henry...
© LitHub
Back to top