A few years ago, Esquire put together a list that keeps rising from the dead like a zombie to haunt the Internet. It embodies the whole mission of that magazine so far as I can tell. The magazine’s monthly instructions are not aimed at me, so I know the magazine mostly by the taglines and tarted-up ladies on on its cover. But I did just read Esquire’s list of “The 80 Best Books Every Man Should Read” when it popped up on my Facebook feed. The list is a reminder that the magazine is for men, and that if many young people now disavow the “binaries” of gender, they are revolting against much more established people building up gender like an Iron Curtain across humanity. Of course, “women’s magazines” like Cosmopolitan have provided decades of equally troubling instructions on how to be a woman. Maybe it says a lot about the fragility of gender that instructions on being the two main ones have been issued monthly for so long.

Should men read different books than women? In this list they shouldn’t even read books by women, except for one by Flannery O’Connor among 79 books by men. The author annotates A Good Man Is Hard to Find and Other Stories with a quote: “She would of been a good woman… if it had been somebody there to shoot her every minute of her life.” Shoot her. Which goes nicely with the comment for John Steinbeck’s The Grapes of Wrath: “Because it’s all about the titty.” In other words, books are instructions, you read them to be a man, and that’s why men need their own list. And what is a man? The comment on Jack London’s Call of the Wild tells us “A book about dogs is equally a book about men.” Bitches be crazy men, I guess.

Scanning the list, which is full of all the manliest books ever, lots of war books, only one book by an out gay man, I was reminded that though it’s hard to be a woman it’s harder in many ways to be a man, that gender that’s supposed to be incessantly defended and demonstrated through acts of manliness. I looked at that list and all unbidden the thought arose, no wonder there are so many mass murders. Which are the extreme expression of being a man when the job is framed this way, though happily many men have more graceful, empathic ways of being in the world.

The list made me think there should be another, with some of the same books, called 80 Books No Woman Should Read, though of course I believe everyone should read anything they want. I just think some books are instructions on why women are dirt or hardly exist at all except as accessories or are inherently evil and empty. Or they’re instructions in the version of masculinity that means being unkind and unaware, that set of values that expands out into violence at home, in war, and by economic means. Let me prove that I’m not a misandrist by starting with Ayn Rand’s Atlas Shrugged, because any book Paul Ryan loves that much bears some responsibility for the misery he’s dying to create.

Speaking of instructions on women as nonpersons, when I first read On the Road (which isn’t on this list, though The Dharma Bums is), I realized that the book assumed you identified with the protagonist who is so convinced he’s sensitive and deep even as he leaves the young Latina farmworker he got involved with to whatever trouble he’s created. It assumes that you do not identify with the woman herself, who is not on the road and not treated very much like anything other than a discardable depository. Of course I identified with her, as I did with Lolita (and Lolita, that masterpiece of Humbert Humbert’s failure of empathy, is on the Esquire list with a coy description). I forgave Kerouac eventually, just as I forgave Jim Harrison his lecherousness on the page, because they have redeeming qualities. And there’s a wholesome midwesterness about his lechery, unlike Charles Bukowski and Henry Miller’s.

Of course all three are on the Esquire list. As Dayna Tortorici said, “I will never forget reading Bukowski’s Post Office and feeling so horrible, the way that the narrator describes the thickness of ugly women’s legs. I think it was the first time I felt like a book that I was trying to identify with rejected me. Though I did absorb it, and of course it made me hate my body or whatever.” Writer Emily Gould described Bellow, Roth, Updike, Mailer as the “midcentury misogynists” a few years back, and it’s a handy term for those four guys on the Esquire list.

Ernest Hemingway is also in my no-read zone, because if you get the model for your art from Gertrude Stein you shouldn’t be a homophobic antisemitic misognynist, and because shooting large animals should never be equated with masculinity. The gun-penis-death thing is so sad as well as ugly. And because the terse, repressed prose style is, in his hands, mannered and pretentious and sentimental. Manly sentimental is the worst kind of sentimental, because it’s deluded about itself in a way that, say, honestly emotional Dickens never was.

Also, the way Hemingway said shit about F. Scott Fitzgerald’s penis size was pathetic and kind of transparent, back when Fitzgerald was a far more successful writer. He’s still far better too, with sentences as supple as silk where Hemingway is Tonka toys, and with a shapeshifter’s empathy for Daisy Buchanan and Nicole Diver as well as his male characters. (Tender Is the Night can be read as, among other things, an investigation of the far-reaching consequences of incest and child abuse.)

Norman Mailer and William Burroughs would go high up on my no-list, because there are so many writers we can read who didn’t stab or shoot their wives (and because one writer everyone should read, Luc Sante, wrote an astonishingly good piece about Burroughs’s appalling gender politics 30 years ago that was a big influence on me). All those novels by men that seem to believe that size is everything, the 900-page monsters that, had a woman written them, would be called overweight and told to go on a diet. All those prurient books about violent crimes against women, especially the Black Dahlia murder case, which is a horrible reminder of how much violence against women is eroticized by some men, for other men, and how it makes women internalize the hatred. As Jacqueline Rose noted recently in the London Review of Books, “Patriarchy thrives by encouraging women to feel contempt for themselves.”

The 468-page biography of Bill Cosby that came out just before more than 50 women accused Cosby of sexual assault and attempted sexual assault, a book that reportedly glossed over all the earlier allegations. Though that book doesn’t need my opprobrium; the publisher stated last year, “There is no plan for releasing a paperback edition, or for issuing a revised version of the book.” Also, I understand that there is a writer named Jonathan Franzen, but I have not read him, except for his recurrent attacks on Jennifer Weiner in interviews.

There are good and great books on the Esquire list, though even Moby-Dick, which I love, reminds me that a book without women is often said to be about humanity but a book with women in the foreground is a woman’s book. And that list would have you learn about women from James M. Cain and Philip Roth, who just aren’t the experts you should go to, not when the great oeuvres of Doris Lessing and Louise Erdrich and Elena Ferrante exist. I look over at my hero shelf and see Philip Levine, Rainer Maria Rilke, Virginia Woolf, Shunryu Suzuki, Adrienne Rich, Pablo Neruda, Subcomandante Marcos, Eduardo Galeano, Li Young Lee, Gary Snyder, James Baldwin, Annie Dillard, Barry Lopez. These books are, if they are instructions at all, instructions in extending our identities out into the world, human and nonhuman, in imagination as a great act of empathy that lifts you out of yourself, not locks you down into your gender. 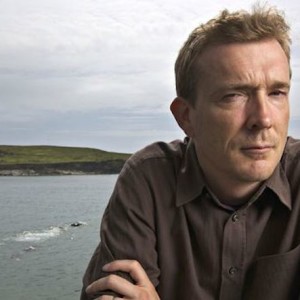