7 Questions for Ian Buruma, New Editor of the New York Review of Books

"Go somewhere, physically or mentally, where others have not been"

The recent death of Robert B. Silvers, founder and longtime Editor-in-Chief of the New York Review of Books, left us all a little sadder and the literary world a little darker, but it also left some enormous shoes to fill. On Thursday, the NYRB announced that journalist and scholar Ian Buruma, who is currently the Paul W. Williams Professor of Democracy, Human Rights, and Journalism at Bard College, would be taking Silvers’s place at the helm. Buruma has been a regular contributor to the NYRB since 1985, and has been widely published elsewhere. He is the author of a number of books on Japan, and is a recipient of the Erasmus Prize, awarded to those who have “made an exceptional contribution to the humanities or the arts, in Europe and beyond.”

“I’ve known Ian since 1985 and know that his long association with the Review will ensure that the values and editorial direction of the Review will be upheld,” Rea Hederman, NYRB publisher, said in a press release. “Ian’s long relationship with both founding editors will preserve the editorial quality and independence for which the Review has been known since its first issue in 1963.”

Over email on Thursday, I asked Buruma a few questions about his new position and his history of journalistic excellence.

Emily Temple: What are you most looking forward to about your new position?

Ian Buruma: It will give me a chance to work with some of my favorite writers. A jewel has been dropped into my lap. My task is to keep it bright and shining.

ET: Is there any part of it that you dread?

IB: Not really. I don’t think dread would be the right frame of mind in which to embark on this kind of venture.

ET: What do you see as the primary mission for the NYRB going forward?

IB: The NYRB is a place where academic inquiry, political debate, and discussion of the arts, meet. At a time like this, when everything the Review stands for is under siege, it is more important than ever to keep the discussion going.

ET: How did you get your start as a writer, and how did you wind up here?

IB: I got my start in Tokyo at a time when the world was just beginning to take serious notice of Japan. The Observer Sunday Magazine in London asked me to write a whole issue on Japan. This led to a book contract. The book led me to the New York Review. And so on.

ET: What makes a great essay in your eyes? A great review?

IB: A well-written piece that forces you to think and view the world from perspectives you might not have considered before. Such as piece should amuse, as well as enlighten.

IB: An essay about a recent trip to Israel by the Dutch novelist, Arnon Grunberg.

ET: What advice would you give to a young writer hoping to someday see their name in the pages of the NYRB?

IB: Go somewhere, physically or mentally, where others have not been and report about it in great style.

Classic Jessica Hopper: "Emo Comes Off Like Rimbaud at the Food Court" 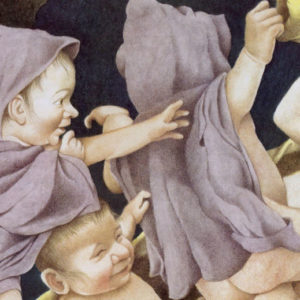 My son recently turned four; at some point during his third year, apropos of nothing, he declared to me that we had to stick...
© LitHub
Back to top