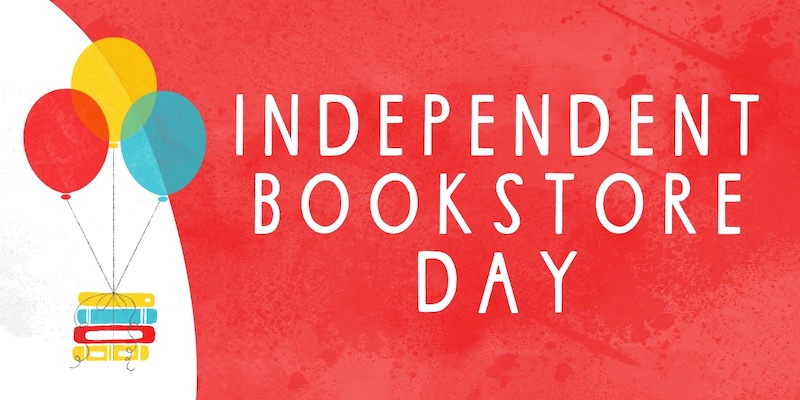 7 Author-Owned Bookstores That You Should Visit

In Celebration of Indie Bookstore Day, Erin McCarthy & the Team at Mental Floss Offer Their Recommendations

By Erin McCarthy & the Team at Mental Floss

Spend a few minutes chatting with a bookseller and you’ll likely walk away with excellent book recommendations, intriguing details about books and authors, or both. That beloved bookshop experience is something the Mental Floss team has tried to emulate in their new book The Curious Reader: A Literary Miscellany of Novels & Novelists, which includes everything from lists of facts about classic novels to a list of authors who loved cats. To celebrate the book’s release on May 25,  in honor of Independent Bookstore Day 2021, here’s another list for bibliophiles: seven bookstores owned by acclaimed authors that you’ll want to put on your must-visit list. 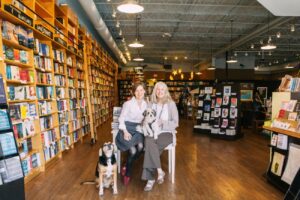 In 2011, soon after Nashville’s two main bookstores shuttered, Ann Patchett teamed up with publishing sales representative Karen Hayes to fill the void. The inspiration for their shop was Patchett’s favorite childhood bookstore, a place where booksellers “remembered who you were and what you read, even if you were 10,” she explained. They named It after Mount Paranassus, a cultural hub of literature and learning in Greek mythology. 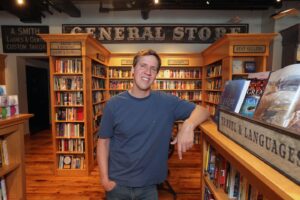 An Unlikely Story
Co-owned by Jeff Kinney, author of the Diary of a Wimpy Kid series
(Plainville, Massachusettes)

When Jeff Kinney and his wife, Julie, bought a crumbling 19th-century building in downtown Plainville in 2012, they hadn’t yet decided what it would become—and they still haven’t really had to. An Unlikely Story, open since May 2015, is definitely a bookstore but also houses a café that serves breakfast, lunch, and even alcohol. Upstairs is the Second Story, a multi-purpose event space that hosts everything from yoga classes to karaoke nights. 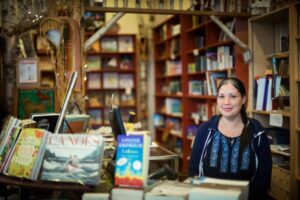 Birchbarck Books & Native Arts lives up to every part of its name. Founded by National Book Award-winning author Louise Erdrich in 2001, the shop features branches from actual birch trees (blown—not chopped—down) installed around books of all genres, with an emphasis on Native American authors; Erdrich herself belongs to the Turtle Mountain Band of Chippewa. In addition to jewelry, and other goods made by mostly local Native American artisans. 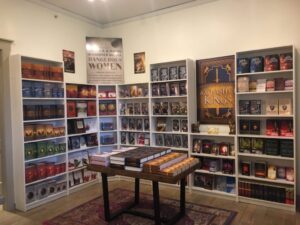 George R.R. Martin’s Jean Cocteau Cinema was never just a movie theater; authors regularly graced its lobby for book readings and signings, too. Space was tight, though, so in 2019 Martin transformed an old hair salon next door into Beastly Books, a full-fledged bookshop complete with a coffee bar and a corner to Martin’s own works. 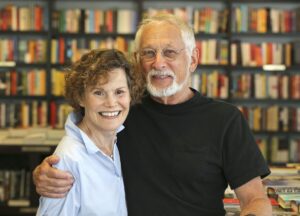 Judy Blume and her husband, George Cooper, had long hopes that Mitchell Kaplan would bring his Florida bookstore chain, Books&Books, to Key West. He finally agreed on the condition that the couple find a suitable location for it, which they did—in an Art Deco nonprofit arts center. Blume and Cooper opened the store in January 2016 and are active in its daily operations, which often include author events hosted by Blume herself. 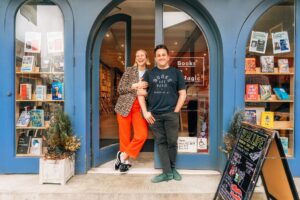 Despite having “absolutely not a drop of business experience,” as Emma Straub told Fast Company, she and her husband, designer Michael Fusco-Straub, opened a bookstore that continues to be a hotspot for locals and tourists nearly four years after its founding. (You may recognize its “Books Are Magic” mural from Instagram.) The owners, who live nearby with their two sons, consider the shop “their third child.” 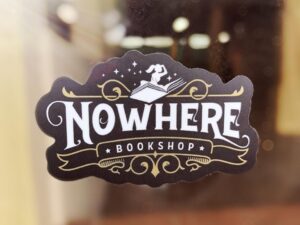 Though the pandemic derailed the opening of memoirist and blogger Jenny Lawson’s new bookshop last year, the place hasn’t exactly been dormant. Lawson has kept things lively with creative window displays, curbside pickup, and fun surprises. In February 2021, for example, she wrapped a bunch of books in brown paper and left them on a table outside the store, free for anyone interested in a “Blind Date With a Book.” 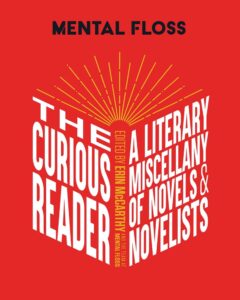 The Curious Reader: Facts about Famous Authors and Novels Book Lovers and Literary Interest a Literary Miscellany of Novels & Novelists by Erin McCarthy & the Team at Mental Floss is available May 25, 2021, via Weldon Owen.

Erin McCarthy is the Editor-in-Chief of MentalFloss.com, host of The List Show on YouTube, and the creator, executive producer, and host of Mental Floss's History Vs. podcast. She joined Mental Floss in 2012. Previously, she covered everything from natural disasters to bridge engineering to the science behind sci-fi movies for Popular Mechanics magazine. When she's not editing or writing, you can find her karaoking, reading non-fiction, watching Investigation Discovery and hockey (go NYR!), or hanging out with her cats, Oliver and Pearl. 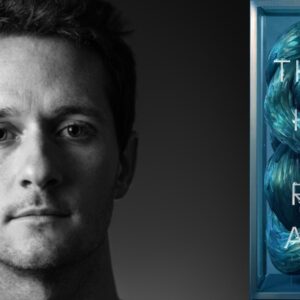 At the end of its life, the phoenix bursts into flames and a younger bird rises from the ashes. The roc is large enough to carry...
© LitHub
Back to top
Loading Comments...