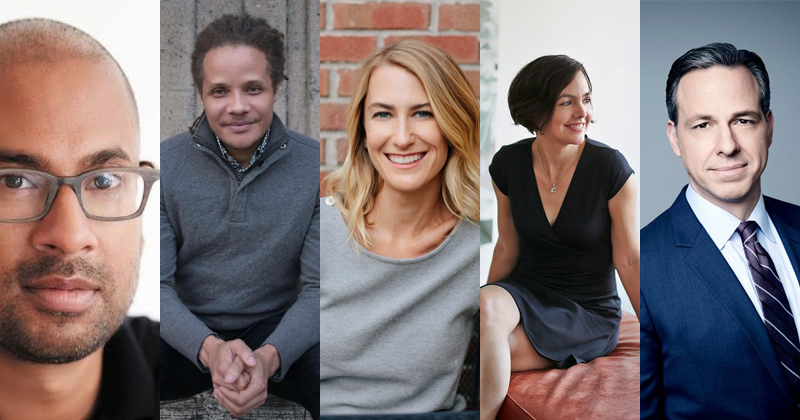 Joanna Cantor: Loss and family. Being 22: growing up and not really growing up. Sex, power, rage, betrayal, first jobs, New York City, things you know are bad for you, finding your center through constant motion.

Jake Tapper: I guess fundamentally it’s about what compromises people are willing to make—to get ahead, to keep a marriage alive, to protect the nation. How far are you willing to go? Are there lines you will not cross?

Rumaan Alam: Diana, Princess of Wales, Hannah and Her Sisters, the Neiman Marcus catalog, the sitcoms Diff’rent Strokes and Webster, and a 1984 television movie called Flight 90: Disaster on the Potomac.

Jake Tapper: Living in Washington DC and watching people sell their souls bit by bit. Reading historical accounts of the 1950s, depicted as romantic but actually quite sinister. Also, they say history doesn’t repeat itself, but it rhymes—hearing that rhyming was an influence.

Eliza Kennedy: My marriage, the marriages of friends, my experiences as a lawyer, my fraught inner life.

Jake Tapper: Covering the unprecedented, disruptive, and stunning 2016 presidential primaries and election, and the beginnings of the Trump administration.

Joanna Cantor: For a long time not much, and then everything.

Jamel Brinkley: Teaching high school English. Leaving that job and moving from Brooklyn to Iowa City. Meeting new friends. Becoming even more of a hermit. Avoiding frat boys. Calling my mother on Sundays. Visiting New York, most frequently the version of it in my mind.

Rumaan Alam: The usual mix of anguish and joy.

Joanna Cantor: “Sympathetic“ or “likable”—typically used in the negative, as in, I did not find the protagonist likable. These words make me cringe—they feel so judgmental. Since when do characters have to be nice all the time? Isn’t it more fun to read about people who are sometimes terrors?

Jamel Brinkley: “Despise“ might be putting it too strongly, but “empathy“ and “empathetic“ are words I currently have a lot of doubts and questions about.

Jake Tapper: The one that bothered me the most was “conventional” to describe a character. Without offering any spoilers, I was playing with how conventional he initially seemed.

Rumaan Alam: I’m so grateful to have any reader; my feelings about their reading have nothing to do with anything.

Jake Tapper: Journalism, which is my actual career.

Rumaan Alam: Something practical and remunerative, like carpenter or plumber.

Jamel Brinkley: Aside from teaching, which I’ve done and do enjoy, I think I’d be interested in painting or photography.

Rumaan Alam: The only thing I feel confident in is my grammar. I would like to be better at everything else.

Jamel Brinkley: I’ll leave it to others to say what they think my strong suits are, but the specific things I’d like to get better at are writing humor and writing female characters. This is my first book, so I hope I get better at every element of my craft.

Jake Tapper: This is my first published novel, so I’m sure I could be better at all of it.

Joanna Cantor: I think I have an ear for dialogue, I’m good at describing subtle tensions and states of physical and emotional discomfort, and a professor told me once I was great at writing “sad food.” I’d like to be better at aspects of plot. My characters tend not to totally know what they want, which can make motivation murky. Also resolution—writing an ending that feels true and earned—is really challenging.

Jamel Brinkley: Discourse in this country, especially political discourse, is full of harmful, dishonest language. In such a poisoned atmosphere, full of racism, sexism, xenophobia, greed, and lies, I find it life-affirming to listen to people who are imaginative, creative, loving, and committed to telling the truth. I don’t think it’s hubris to pipe up every once in a while and try to make a little contribution to an ongoing and necessary dialogue.

Eliza Kennedy: By thinking of publishing a book not as an entitlement—which “hubris” implies—but as a privilege, by having zero expectations that anyone will have interest in what I write, and by working hard to write as best I can, in the hopes that a few people do.

Jake Tapper: I deal with that every day as a TV anchor. And to be frank, I continue to be mystified that anyone has any interest. But I guess I’m lucky!

Joanna Cantor: I remind myself that I’m not trying to have the final word on anything. I hope to provide people with what I most often turn to novels for—to feel engrossed and transported. Attempting to write the kind of fiction that I love reading doesn’t feel like hubris to me, it feels more like I’m making a small offering to the cause. Also, I’m unfit for most other jobs. 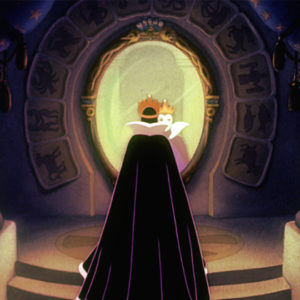 I was six when I first sat down to watch Disney’s Snow White and the Seven Dwarfs. I was not impressed. Accustomed to the newer...
© LitHub
Back to top