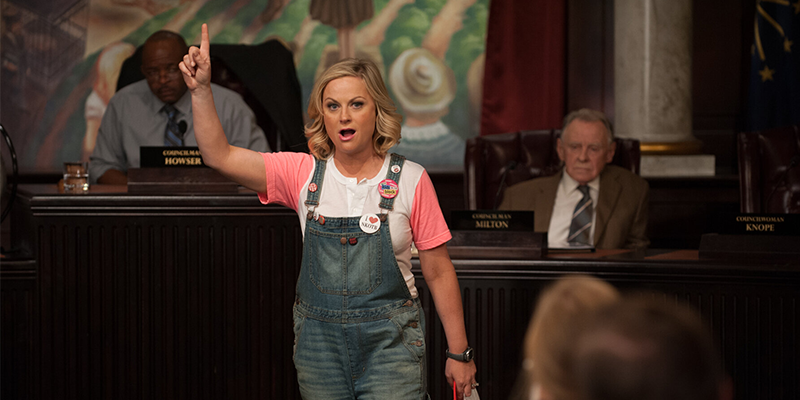 5 texts that have been read during filibusters.

Remember the episode of The West Wing with the filibuster? While the rest of the staff is running around the White House, trying to get shit done, Sam Seaborn is sitting in the cafeteria, listening to the filibuster unfold on the TV. He’s smiling. A man is reading aloud from David Copperfield.

Apparently, in the 19th century, filibusters actually did sound like that. Dickens’ The Pickwick Papers was a popular choice. It all sounds kind of idyllic and romantic, doesn’t it? Literally standing up for what you believe in and reading the classics amongst your peers in the process?

Too bad filibusters are usually used for evil. Not to mention that the literature choices of late have left something to be desired. I, for one, might actually turn on C-SPAN and watch a filibuster broadcast if, say, someone was reading from the new Elena Ferrante. Alas. (I’m kidding, I’m kidding. Don’t @ me!!)

Here are a few of the texts that have been read on the Senate floor in the last century.

In 1935, Louisiana’s Huey Long was dead-set against a passage in the New Deal that would basically give cushy jobs to his enemies. His filibuster lasted 15 hours and 30 minutes, and theatre and book lovers alike will appreciate that a portion of that time was spent reciting the words of the Bard. (And reading a recipe for fried oysters!)

The longest filibuster in US history was orchestrated by Strom Thurmond in 1957. He was so against the Civil Rights Act that he stood—as many records like to remind us, without access to a bathroom!—for 24 hours and 18 minutes. How did he fill this time? He read from historical documents, including the Declaration of Independence. (I just want to note that the Civil Rights Act of 1957 was supposed to provide protection with regards to voting rights. Ahem.)

Searchlight: The Camp That Didn’t Fail

If you’re trying to publicize your book, here’s an idea: do it during a filibuster! Despite his recent feelings on eliminating the concept altogether, in 2003, Harry Reid famously read from his own book in a nine-hour filibuster over judicial dominations. (Hmmm…)

What do Wiz Khalifa, Jay-Z, and Mario Puzo all have in common? They were quoted in Marco Rubio’s 2013 filibuster. The Florida Senator was so against a piece of gun violence legislation introduced by Harry Reid (see above), that for 13 hours, he rambled on, grasping at these cultural touchstones(?). My favorite bits, though, are when he applies quotes from The Godfather to what’s happening with the vote. He says he’s making offers you can’t refuse and advises against taking sides against the family. He also pulls out a quote that he’s upset was never used in the movie: “A lawyer with his briefcase can steal more than 100 men with guns can steal.”

Ted Cruz reading a bedtime story? Arguably the most terrifying thing I have ever heard. In a filibuster that clocked in at just over 21 hours, the Republican Senator from Texas was speaking out against Obamacare. He took some creative license with his reading: “When Americans tried it, they discovered they did not like green eggs and ham and they did not like Obamacare either.” Here it is, in the official congressional record.

Finally, I just want to point out that we started with Dickens and we’re ending on Dr. Seuss. Thanks, Ted Cruz!!