5 Important Works of Eco-Fiction You Need to Read

When I visited Antarctica in 2004, I did not know much about penguins. I didn’t know how different the 17 species of penguins are, or that while some species live on ice, others live near the equator. I didn’t know that penguins co-parent their chicks, or how many hundreds of miles they must swim in order to feed them. And I didn’t know to what extent these remarkable birds would inspire my writing and reading life over the coming years.

In Antarctica, I watched Adélie penguins steal one another’s rocks, with which they build their nests, all of them fighting for the best real estate, the highest and driest ground. I saw gentoo chicks panting in unseasonable heat. I listened to our boat’s naturalists talk of illegal whaling vessels in the Southern Ocean and of fishing trawlers depleting the seas of krill, a major food source for penguins. For many of these 17 species, mere survival is becoming an ever-increasing challenge.

Two years later, I went to Patagonia as a volunteer for a penguin census at the Punta Tombo colony in Argentina’s Chubut Province. I walked alongside researchers with the University of Washington’s Center for Penguins as Ocean Sentinels as we looked into penguin nests—these birds burrow in the dusty ground rather than on rocky nests—and counted birds and eggs. While Punta Tombo is the world’s largest Magellanic penguin colony, conditions are worse for the penguins now than when this research began 30 years ago, due to overfishing, climate change, and oil pollution; the number of Magellanic nests has decreased by about one percent every year, with most chicks dying of starvation because their parents can’t find food close enough to the colony.

As a writer, I find myself channeling such environmental anxieties into stories and characters; seeing the ground zero of climate change in Antarctica and counting penguins in Argentina has caused me to view every word I write through an eco-focused lens, from how a story unfolds to how characters live and what they eat.

There’s no shortage of nonfiction about the environment and animal protection, but fiction has the power to open eyes and hearts in completely different ways. If you don’t believe the oceans are in trouble, for example, you’re not likely to pick up a nonfiction book that outlines exactly that. But if you like shipwrecks, maybe you’ll read a novel focused on a maritime disaster and in the process come to understand the plight of not only the people on the sinking ship but the penguins and other animals surrounding them.

Fiction humanizes the world around us, by contextualizing life into story—in the same way that, for me, one penguin came to represent not only the entire Magellanic species but the penguins of the world. At Punta Tombo, among the thousands of birds I counted, one of them stood out. His name is Turbo—so named because he’d inexplicably built a nest under a turbo truck instead of within a burrow, like the others of his species—and instead of looking for a mate, he preferred to hang out with the researchers.

Turbo has been tagged with a metal band, along with thousands of other birds in the colony. Yet while the other tagged birds have only five-digit numbers to identify them, Turbo has a name, a story. It’s been a decade since I met Turbo, and even now, whenever I receive updates on the colony, I look first for his name, for confirmation of his return from his months at sea. As long as he’s still with us, I feel a sense of hope.

As a reader, I like to feel the same glimmer of hope for our planet, and I’ve sought out books that share my passions and anxieties about animals and the environment. The fact that there are fewer than I’d hoped to find led to my co-founding a small press to help bring more of these books into the world. Great stories, well told, about environmental issues are vital to our literary culture and speak to the greatest challenge of our time: climate change and its effect on the planet and its wildlife.

I’m inspired by the writers on this list, who have woven environmental themes into their fiction, raising important issues without ever sacrificing story. These authors also see the myriad ways in which everything is connected—humans, animals, land—and subtly and seamlessly allow readers to connect the dots as well. 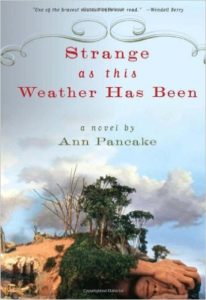 Strange As This Weather Has Been, Ann Pancake

Set in a West Virginia town in the midst of a coal boom, Ann Pancake’s Strange as This Weather Has Been introduces a family plagued by poverty and by the effects of the mountaintop removal strip mining that’s destroying the land around them. Pancake, who is from West Virginia, writes with stunning authenticity, drawing from conversations and interviews with people living through mountaintop removal mining. Place is a major character in this novel; the richness of detail and the characters’ history with the land reveals why it’s so hard for them to leave, even when the jobs begin to disappear and threats loom everywhere, from within the coal miners’ lungs to the flooding of toxic black water. As the character Lace says in the novel: “Stay in their way—that’s the only language they can hear. We are from here, it says. This is our place, it says. Listen here, it says. We exist.” 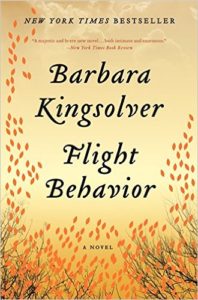 In this novel, Barbara Kingsolver skillfully blends science and story, addressing climate change through the eyes of a woman whose small-town world is broken wide open by a bizarre act of nature. Dellarobia Turnbow, married at 17 because of a pregnancy in which she lost the baby, is a decade later still married, tied to her two young children and her husband’s family farm. She escapes emotionally through wild crushes on various men—and one day, planning to go through with an affair, she heads into the mountains for the rendezvous, only to discover a vast population of monarch butterflies. Their arrival, to the locals, signifies a miracle of God; to the scientific community, it’s a sign of ecological disaster. Dellarobia is drawn into the wider world of the monarchs and the global implications for their sudden and unexplained arrival in her town. With both page-turning tension and great empathy, Kingsolver portrays the implications of a changing planet and its reverberations upon an entire family. 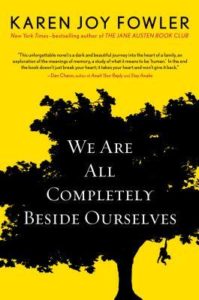 We Are All Completely Beside Ourselves, Karen Joy Fowler

We Are All Completely Beside Ourselves is one of those books that makes the rest of the world disappear, while at the same time reminding us all too well of the world we come from and its sometime cruelty. The novel’s narrator, Rosemary Cooke, is clever and witty, yet underneath her wry tone is a haunting loneliness that stems from the loss of her sister, Fern. Exquisite and heartbreaking, this novel closes the distance that is often placed between human and non-human animals, proving that the anguish of loss transcends species. While a searing portrait of the plight of animals, both past and present, ultimately Fowler’s novel is one of family, the aftermath of loss, and the incredible bonds that unite all creatures. 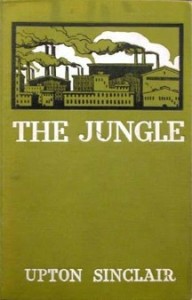 Because human rights, animal rights, and the environment are so closely intertwined, The Jungle deserves a place on eco-fiction lists. Few industries are more abusive to human workers than factory farms and slaughterhouses, or more devastating to the environment. And the book is not as dated as it may seem; while food safety has certainly improved since The Jungle, the human and animal abuses are still prevalent, as is the pollution caused by animal agriculture. As groundbreaking as the novel was back in the early 20th century, The Jungle remains relevant today. 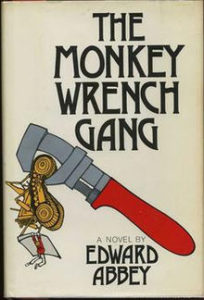 The Monkey Wrench Gang is what we talk about when we talk about eco-fiction—and while Abbey’s fascinating, comic, and adventurous novel was published in 1975, its influence has lasted for generations. The novel is credited with influencing direct-action organizations such as Earth First! and the Earth Liberation Front, and it still captures the angst and helplessness of today’s activists. While I might argue that the characters in the book could be a lot more eco-friendly themselves (they hunt and litter among the lands they aim to protect), standing up for the wilderness that cannot protect itself (from industry, development, agribusiness) should never go out of style.

Midge Raymond is the author of the debut novel My Last Continent, and the short story collection Forgetting English, which received the Spokane Prize for Short Fiction. Her work has appeared in Poets & Writers, the Los Angeles Times magazine, TriQuarterly, and Bellevue Literary Review, among other places.

The Dystopian Future in Which Everyone is the Boss 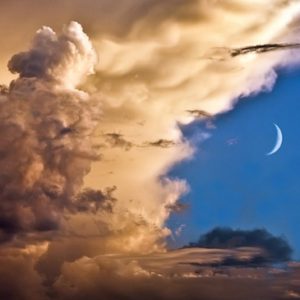 Virginia Heffernan’s new book Magic and Loss isn’t shy about its significance. “Just as Susan Sontag did for photography...
© LitHub
Back to top
Loading Comments...