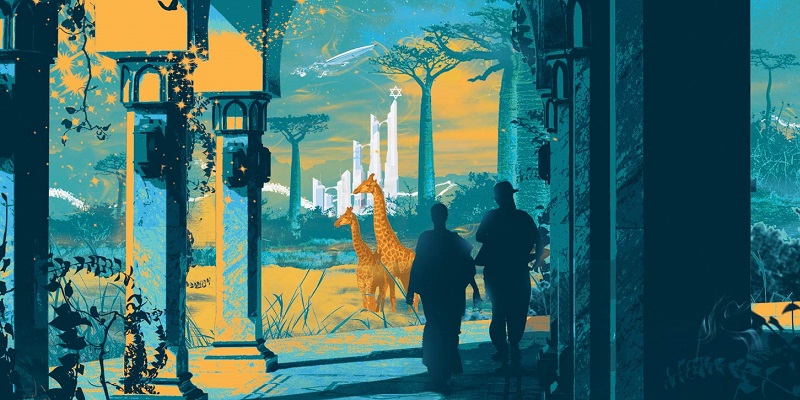 5 Books You May Have Missed in November

From Rust Belt Tragedy to a Very Loyal Snake

We’re close to 2018’s end, but nowhere near close to the bottom of our TBR piles. I’m here to bring a few more books to your attention before you start singing “Auld Lang Syne.” Among them: Chilling dystopian horror, tragic Rust Belt suspense, and an unexpectedly sweet tale of a snake’s devotion. Remember (and if you’re here, you probably do): Books make the best gifts. 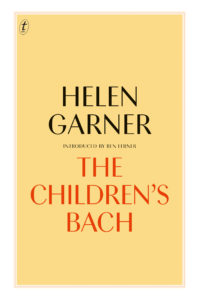 The Children’s Bach by Helen Garner (Text Publishing) might sound familiar, because it’s a reprint of Garner’s 1984 novel. (Garner won the 2016 Windham-Campbell Prize; all her work is excellent.) This new edition has an introduction from Ben Lerner, who calls the Australian writer’s book “a jewel.” The familiar setup—a middleclass couple’s life is upended by visitors with different lifestyles—belies the psychological tweezer work Garner does, setting details into places with the precision of a butterfly collector. A household retainer’s omelet-making is “a clumsy act of duty.” A woman imagines her dead mother’s corpse as having skin like “cooked ducks in Chinese food shops.” All the while, the couple’s lives are being upended and we can no more stop reading than we can stop watching a nature documentary where the prey is devoured. 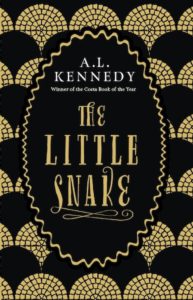 A.L. Kennedy isn’t generally overlooked, but her new volume, The Little Snake (Canongate Books), might be due to its brevity. It’s really a fable rather than a novella or even a short story, about a girl named Mary and the snake named Lanmo who winds itself around her leg one day as she walks through her apartment’s tiny but lovely rooftop garden. Inspired by the small golden snake in Antoine de Saint-Exupéry’s The Little Prince (and meant to mark that book’s 75th anniversary), Kennedy’s story takes its own direction, and that direction points to the world refugee crisis. As Mary grows up, falls in love with Paul, and watches her city turn into a violent wasteland, Lanmo will grow and change, too. He sees that Mary’s lovely rosebushes screen out a place filled with inequity. He shudders when she’s bullied. He suffers when her home is destroyed. Strangely sweet, coming from an author whose books are often filled with despair (Paradise, e.g.), The Little Snake may be the perfect book to read in late December. 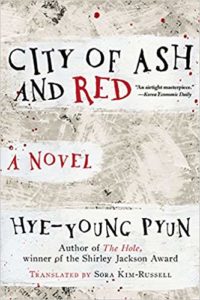 City of Ash and Red (Arcade Publishing) is by Hye-Young Pyun (and translated by Sora Kim-Russell), whose supremely creepy The Hole won the 2017 Shirley Jackson Award. Who wouldn’t be sucked in by a nameless protagonist who is “distinguished for his talents as a rat killer?” OK, maybe you wouldn’t. . . But moving on, this character is sent on a strange assignment, in exile, and when he finally manages to contact an old friend, discovers his wife is dead and he’s the prime suspect. Sad, bad, terrible—until the reader realizes she’s been hearing from an unreliable narrator, and that makes things even worse. Meanwhile, in the country to which our unreliable narrator has been exiled—a country known only as “C,” that sounds very North Korea-like—there is a deadly virus running rampant. (Don’t forget those rats.) This book is not for everyone, but then neither was The Vegetarian, or Confessions, or The Cat in the Coffin. It’s also not easily classified: Horror? Dystopian? Thriller? Doesn’t matter. If it’s to your taste, this book will keep you reading long past any previously established threshold of morbidity. 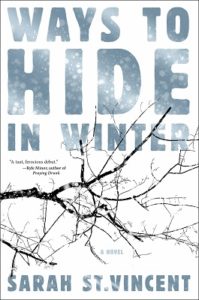 Everyone deserves a good suspense novel at this time of year, too. Set in the Blue Ridge Mountains of Pennsylvania (you didn’t know there were Blue Ridge Mountains in Pennsylvania, did you?), Ways to Hide in Winter by Sarah St. Vincent (Melville House) delivers—although unexpectedly. St. Vincent was an attorney who specialized in domestic violence, and she pulls back the curtain on how economic despair can affect communities in living rooms and kitchens and bedrooms. Her protagonist Kathleen McElwain has drawn back from life after her husband’s death in a car crash. When a Russian refugee from Uzbekistan named Daniil shows up at the state park where she works, they become friends. Does he have a dark past? Of course he has a dark past! But the author understands, deeply, that good and evil are played out in a cycle, and that it isn’t always easy to tell where someone is in that cycle. No surprise that when the two meet, Kathleen is reading Crime and Punishment, that classic of ambiguous morality. 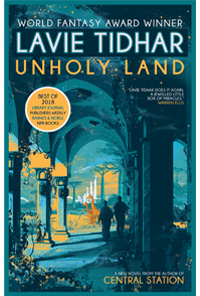 Did you love Michael Chabon’s The Yiddish Policeman’s Union? I did, so I might have been more ready than other readers to love Unholy Land by Lavie Tidhar (Tachyon Publications). “Lior Tirosh is a semi-successful author of pulp fiction, an inadvertent time traveler, and an ongoing source of disappointment to his father.” Tirosh lives in Palestina, a state founded in East Africa that is now building a wall to keep out refugees. (Which sounds depressingly familiar.) Tidhar explains in a brief introduction how he was inspired by a 1904 expedition to Uganda ordered by Zionist leader Theodore Herzl, who was considering a British offer of land in that country. Another “comp:” If you enjoyed the television adaptation of The Man in the High Castle, Lior Tirosh’s idiosyncratic time traveling will remind you of “Die Nebenwelt” and its possibilities, both good and bad.

9 Novels That Tap into the Myths of "Americana" 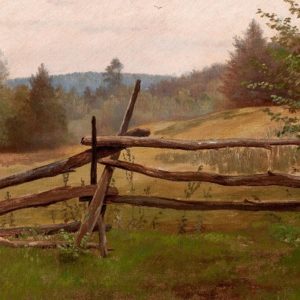 9 Novels That Tap into the Myths of "Americana"

About a year ago, George Saunders sat down with Grammy-award winning Americana musician Jason Isbell to discuss art and artistry...
© LitHub
Back to top
Loading Comments...