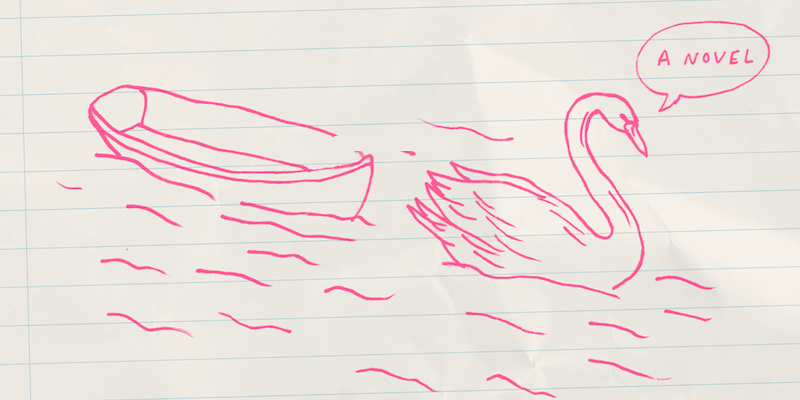 “Chaon creates a daring irony in the disconnect between the road warrior’s self-deceit and the reader’s skepticism. The mystery, the moral audacity, the sense that anything is possible in these early pages refreshes not only the hit-man trope but also the world itself. Chaon taps into the prurient thrill of riding shotgun with the unpredictable, and the question dawns: Just how lawless and unhinged will the world of Sleepwalk get? … This sort of character is usually reserved for revenge flicks and Florida crime blotters, but Chaon, no stranger to genre mash-ups, brings a more literary sensibility to the proceedings, endowing his protagonist with a sweet disposition and a gently comic voice … If it is a bit of a drag, dramatically, that she never physically appears—a formal necessity to keep the mystery of her true identity viable—Chaon does manage, by way of Will’s self-deluded longing, to turn his antihero into a figure worthy of pity … What prevails above the plot is the voice, which is consistently winning and—odd for so bloody a tale—unfailingly warm. It’s a comic departure from the straightforward darkness of recent Chaon, and a welcome change. That’s no knock on his earlier books, just an acknowledgment that humane black comedy is a good look on him. He does madcap well and likes his characters, even the killers—especially the killers. Sure, there’s a crap world out there, and if Chaon’s fever dream is actually a forecast, it’s going to get a whole lot crappier. In that case, we’d all do well to affect a bit of Will Bear’s hopeful good cheer.”

“Kawakami doesn’t just assemble a tactile detail and park it in a scene. Sensation itself drives her scenes, the way the senses can steer a poem … The startling vividness of Kawakami’s images draws the reader deeper into the emotional intensity of the scenes … When Fuyuko reconnects with a now married childhood friend with two kids, I hoped Kawakami would scramble my prediction that this friend would be a quickly sketched stay-at-home wife in a sexless marriage. When two work friends each give Fuyuko a present, I hoped Kawakami would conjure a surprise other than the obvious symbolism of receiving the same generic gift from two of the few people in her life. In instances like these, the novel doesn’t seem as finely honed as Kawakami’s earlier books. The translation, too, sometimes falters into vernacular that seems out of place … Throughout most of the novel, Bett and Boyd conjure the poet’s sensibility of Kawakami’s prose with great skill, and co-translation is a strange art … This third Kawakami co-translation from Bett and Boyd contains ample evidence of a thriving collaboration. Their choices are especially strong in scenes where Fuyuko finds emotional relief in language … Kawakami has good instincts for creating an air of suspense, although that’s not what sets her novels apart. It’s her ability to make the mere passing of time, choosing to step outside and be alive, seem like an event … Kawakami has found a meaningful answer to the question of what to do with feelings. She releases them into novels.”

“I’m not sure what I think about Either/Or … Did I like these books? Yes, so much that I felt bereft when I finished them. Batuman’s fiction is immersive and funny. She somehow extracts a meticulous accuracy of expression and high level of thought from an invitingly casual tone and unfussy prose in a way that seems effortless, even inevitable. But, on a conceptual level, these novels also left me itchy, as though I had absorbed the tendency of Batuman’s narrator and autofictional alter ego, Selin Karadag, to overthink things, to get mired in questions and take everything personally … Don’t read Either/Or without reading The Idiot … The tension between wanting to feel as though she is living a coherent narrative versus her unwillingness to be bound by any script is not easily resolved for Selin. Not much is, really, and her narration is peppered with an abundance of unanswerable questions that suggest an illusory, galaxy-brain-meme kind of depth—but actually function as markers of confusion … It’s unreasonable to expect a 19-year-old to have all the answers, but was it also unreasonable for me to wish that the novel would do more than replicate Selin’s bewilderment? … How and what fiction should be…is a major preoccupation of Batuman’s and also the heart of my ambivalence … I’ll admit I sometimes wanted Either/Or to reach for more, to be a little bigger, to stretch outside the confines of Selin, but, in the end, I’ll read as many books about Selin as Batuman wants to write. It’s all good.”

“I like almost everything about Nell Zink’s comic novels and the merry chaos they bring to a rather static American book scene. I like their ridiculously overelaborate storylines and I like their willingness to end happily. I like Ms. Zink’s habit of direct address … I like that the books are actually funny. Her customary lunacy is on display again in Avalon … A dab of nonsense is the crucial component that keeps the discussions lively and entertaining … Having set down so much praise, it feels churlish to complain about Avalon. But as my toddler says whenever I present him with a thoughtfully prepared meal, this isn’t my favorite … The decision to deliver the novel from Brandy’s point of view doesn’t show Ms. Zink in her best light—the first-person voice is paradoxically more buttoned-up than her omniscient third-person narratives. And there’s a comparative shortage of comic set pieces here, as well as a needlessly fractured ending. But despite its seeming hastiness, its overall underdone quality, Avalon contains delights.”

“… wants to be a hybrid: a personal memoir and a hiking journal, a geology lesson and a history lesson about one of the truly epic nature spots in the world. The book’s structure attempts to create order from Robinson’s sheer exuberance and enthusiasm, but only half-delivers on that promise … I was curious as to how the landscape felt different under the influence, but Robinson for a time shies away from lived-in experience. Instead, he has a brief discussion with himself of which word—surreal, mystical or metaphysical—describes that day best and then veers into a nostalgia-laden account of his life in California at the time … Throughout these chapters, it felt as if Robison had recorded freewheeling riffs on his life in mountains and that I was reading a transcript … Sometimes these moments reach an ecstatic crescendo similar to the effect of Walt Whitman’s poetry, but sometimes Robinson cannot quite show us what he’s telling us, despite detailed accounts of his various hikes … The overall effect is of someone showing slides to a neighbor, with a definite homespun charm … It sometimes feels as if readers have been given the raw materials from which they might choose to write their own book … Yet the book also has passion galore and glorious moments when science and poetry meet … ‘The map is not the territory,’ Robinson writes, but neither is a territory always useful without the anchor of a good map—a strong argument for dipping into The High Sierra, rather than journeying through it end-to-end.” 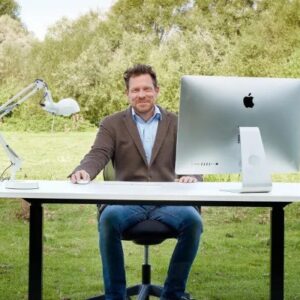 What makes us human? In this episode of Book Dreams, co-hosts Eve Yohalem and Julie Sternberg explore one of our favorite...
© LitHub
Back to top
Loading Comments...