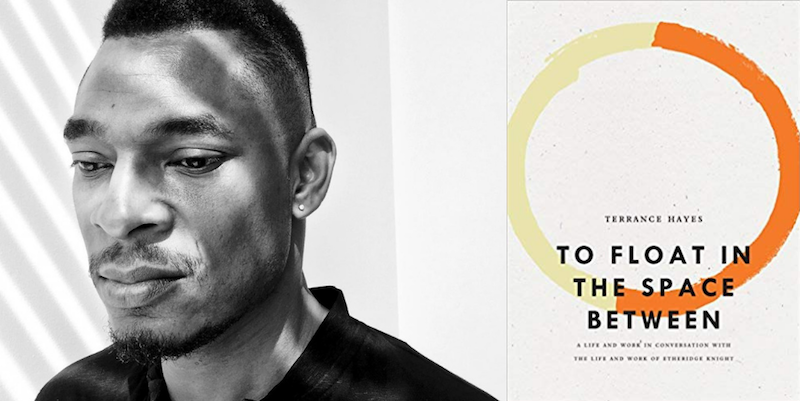 In the 31 Books in 30 Days series leading up to the March 14 announcement of the 2018 National Book Critics Circle award winners, NBCC board members review the 31 finalists. Today, NBCC board member Walton Muyumba offers an appreciation of criticism finalist Terrence Hayes’ To Float in the Space Between (Wave).

Terrance Hayes’ first book of prose, To Float in the Space Between, is a critical exploration of Etheridge Knight’s poetics. The book’s title comes from the final lines of Knight’s great poem of filial piety, “The Idea of Ancestry”: “. . . I am all of them, / they are all of me, I am me, they are thee, and I have no children / to float in the space between.”

Hayes has also lifted line fragments from that poem to name the book’s twenty sections of prose, drawings, and poems. Each section is a kind of annotation for the corresponding line and title.

Knight, who died in 1991, is like a ghost rhythm in Hayes’ aesthetic.  Hayes has tried to catch and hold that rhythm in poems like “Poet Dying at the Window” from Muscular Music (1999); “The Blue Etheridge” from his Wind in a Box (2006); and “Portrait of Etheridge Knight” from his collection, How to be Drawn, a finalist for the 2016 NBCC Citation in Poetry.

Knight is “both a muse and mystery” for Hayes. To understand how that influence might enter his own poetics, Hayes develops a theory of influence.

The essay, “Line 14: I Have The Same Name,” finds Hayes defining “the poetics of liquid.”  Riffing on the essay as form, Keatsian Negative Capability, Zygmunt Bauman’s Liquid Modernity, and confessional poetry, Hayes describes liquid poetics as dwelling in uncertainty while maintaining “mutable sisibility: adaptive temperaments and temperatures and forms.” One’s art achieves the liquid state when her poetics bridge, synthesize, transform, taking on any and all forms—“recipes, glossaries, powerpoints, obituaries”—and, like water, “does not give in so much as give away, give a way.” Poetry, Hayes explains, is where we “influence and are influenced by what influences us” and “where we shape and take the shape of what shapes us.”

While “biographies mean to spell out influence,” Hayes declines that possibility because he recognizes that Knight’s poetic practice springing from the African American fine art of rhyming, toasting, and boasting. In poems and interviews alike, Knight “was often blowing smoke” about his ideas and the details of his life. In order to fashion a life for Knight, “one would need to gather all that smoke into something solid, something you could hold and turn over in your hands,” writes Hayes.  Though Hayes once believed that writing Knight’s life would involve simply “the accumulation of ideas,” he now understands that a life is about “the accumulation of details.”

And “somewhere between detail and idea” Hayes notes, “is the truth.”

Since Knight defies boxing-in, Hayes’ criticism must be imaginative rather than scholarly. While the scholar looks upon the poet through a window, framing the poet’s oeuvre “according to things like genre, talent, culture, history,” the poet taking in his fellow poet “sees something of himself reflected in the work.” Hayes looks upon Knight “not only through a window but also through a mirror.”

In other words, Knight’s “The Idea of Ancestry” offers Hayes both critical window and a mirror for self-regard.  Floating in the liminal space between detail and idea, Hayes limns truths about literary ancestry and inheritance from Knight’s poem.

One truth Hayes must reconcile is that studying Knight inevitably becomes a kind of self-examination.  In my readings, the book has three stages. In the first eight essays, Hayes establishes his theory and practice for analyzing Knight’s poetry closely.

In a brief interstitial section—the space between detail and idea—Hayes imagines versions of Knight in short story-like pieces wherein he imagines Knight’s experience in the Korean War and approximate the poet’s voice.

The ten essays in book’s third phase drive Hayes toward a confessional mode. Thinking through ideas of literary ancestry, Hayes illustrates his links to the poets Langston Hughes, Yusef Komunyakaa, Christopher Gilbert, and Mary Karr. These essays are not exclusively about Knight’s lyrical force.  However, his spirit encircles these writing into a kind of poetic community: “I am all of them, they are all of me.”

You might also notice that Hayes’ labor in the opening phase establishes context for these seeming divergences. Eventually, Hayes’ criticism turns from lines of poetic descent to the facts of his own familial arrangements. Working in a kind of essayistic confessional style, Hayes considers political poetry, black masculinity, the end of marriage, absent biological fathers, the affections that fathers hold for sons, the beginning of love, kinship, and dream song. At each turn, one feels Knight pulsing in Hayes’ self-interrogations. 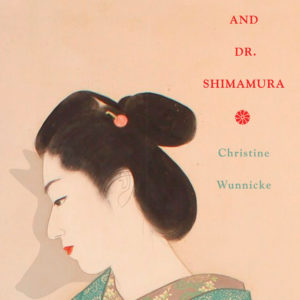 The fishmonger’s house lay in a shady mountain hollow high above the sea. It was a beautiful home, almost princely. Here...
© LitHub
Back to top