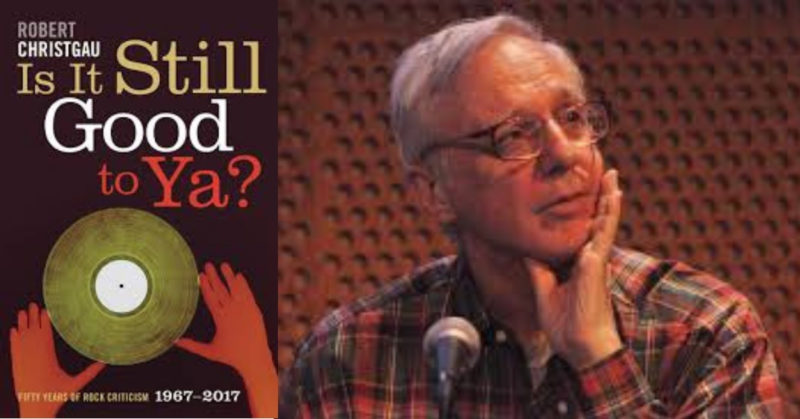 In the 31 Books in 30 Days series leading up to the March 14, 2019 announcement of the 2018 National Book Critics Circle award winners, NBCC board members review the thirty-one finalists. Today, NBCC board member Mark Athitakis offers an appreciation of criticism finalist Robert Christgau’s Is It Still Good to Ya? (Duke University Press).

For decades now, Robert Christgau has been known as the Dean of American Rock Critics. He’s embraced the title—it’s right there on the top of his website—but it’s one that perhaps hasn’t served him well, or at least mischaracterizes his value as a critic. That “dean” business suggests that Christgau serves as rock and pop’s lead tastemaker, and that all other critics are simply following his lead. It suggests an overly persnickety manner. Lastly, it suggests somebody who’s no fun—did you aspire to hang with your college dean?—in a genre that’s all but defined by joy and pleasure, licit and otherwise.

To be sure, Christgau has handed out a lot of letter grades over the years, and he’s been dinged for his fussiness and presumed authority of his assertions. “I dunno why / You wanna impress Christgau,” Sonic Youth ranted on its song “Kill Yr Idols.” (“I wasn’t flattered to hear my name pronounced right,” Christgau coolly retorted.) But if that “dean” title gets it right, it’s because of this: He does the work, the rigorous, sometimes scholarly work of understanding an artist as deeply as possible, and understanding as much music around the world as possible. Is It Still Good to Ya?, a career-spanning collection of his longform reviews, is a testament to vigorous, big-eared listening. You might have thought he’s been stingy about handing out A-pluses to records in his capsule reviews, but the book makes clear he’s trying to earn one himself.

The book’s subtitle—Fifty Years of Rock Criticism 1967-2017—is somewhat misleading. Most of the book’s essays were written after 2002. At a time when most critics of his generation are either retired or failing to keep up, comfortable with covering warhorses, Christgau has remained an intrepid listener—his appreciations of Lil Wayne, Brad Paisley, M.I.A., and Eminem, are rooted in genuine enthusiasm while skeptical of how the winds of publicity, fandom, and critical consensus have moved perceptions of those artists. And yet, Christgau is also a consistently inviting and generous critic. (“It’s fine not to like almost anything, except maybe Al Green,” he writes.) Across the pages of this book, you can see him being open to different perspectives on musicians, wrestling with his understanding of Thelonious Monk and coming to terms with Sonic Youth, who he once dismissed as “impotent bohos” but now “loves to pieces.”

But while the book speaks to the breadth of Christgau’s listening, there is also a thematic specificity to the book: Practically every piece is rooted in the notion that music is a prism through which we can better understand race, society, and politics, especially in America. For Christgau, artists old (Billie Holiday, Woody Guthrie, Frank Sinatra, Chuck Berry) and new (Gogol Bordello, Lady Gaga, Jay-Z) evoke a vision of American life that’s been embraced or attacked over time, and will continue to shift. “It was Chuck Berry who had the stones and the cultural ambition to sing as if the color of his skin wasn’t a thing,” he writes, not to deny Berry’s race but to comprehend the cross-cultural fusion he pushed listeners toward. Rock, however you define it, continues to speak to a political ideal we’re still working toward.

This is complicated work, but for a dean it’s plenty fun, and joy to dip into or out of, both for full appreciations and single lines. Offering some tips for “growing better ears” on the book’s first page, he suggests you “spend a week listening to James Brown’s Star Time.” The ensuing pages will keep you listening and thinking for many, many more weeks besides.

Mark Athitakis’s reviews and essays have appeared in the Washington Post, LA Times, Humanities, Virginia Quarterly Review, and many other publications. He is the author of The New Midwest: A Guide to Contemporary Fiction of the Great Lakes, Great Plains, and Rust Belt. He lives in Arizona. 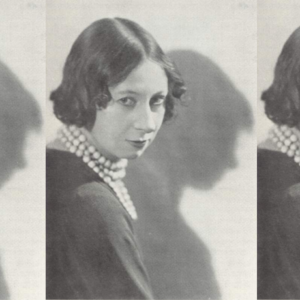 “Here, you can be silly and sweeping and hopeful, and no one will judge.” A love letter to lovers of Outlander....
© LitHub
Back to top